Nelson Felippe from Rio de Janeiro snapped a picture of a scene on a train platform. The said photo made the Internet explode hours after he posted it on Facebook.

In the photo that Felippe captured, two women hugging each other are seen in the foreground. A few bystanders are also seen further back, including a guy stepping beyond the yellow line. Disappointed by something that he saw in the photo, Felippe courageously expressed his thoughts on Facebook.

“I’m not prejudiced. I think people should do whatever they want to do with their lives. But I think its absurd that I should be forced to witness a scene like this. What people do in private life is their business only, but yes, what they do in public concerns me,” Felippe wrote.

Initially, you’ll probably assume that the Brazilian native is giving a homophobic rant about the two women who are smitten with each other. Well, don’t stop reading his commentary as we assure you that you’ll learn something important from his clever post.

This is the photo that Felippe posted on Facebook. 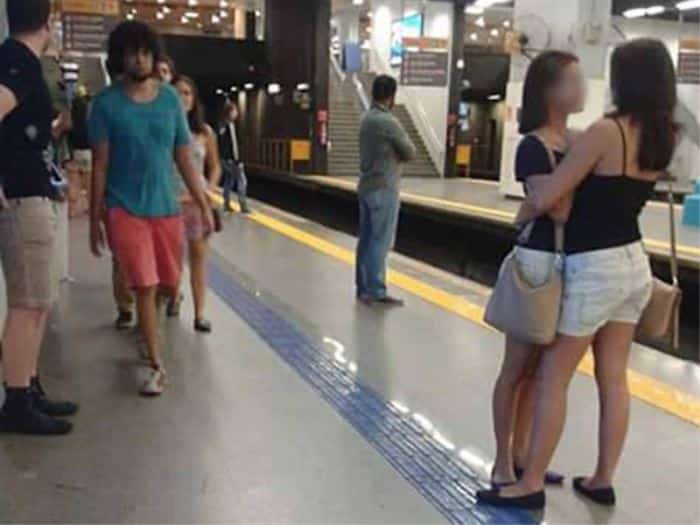 “I refuse to see a scene like this and consider it normal. They’re challenging social conventions and that can be dangerous. What if tragedy strikes, or worse, if someone dies, who’s to blame?” Felippe added.

Now hear Felippe out as he speaks his mind about platform safety, and indirectly, social acceptance. 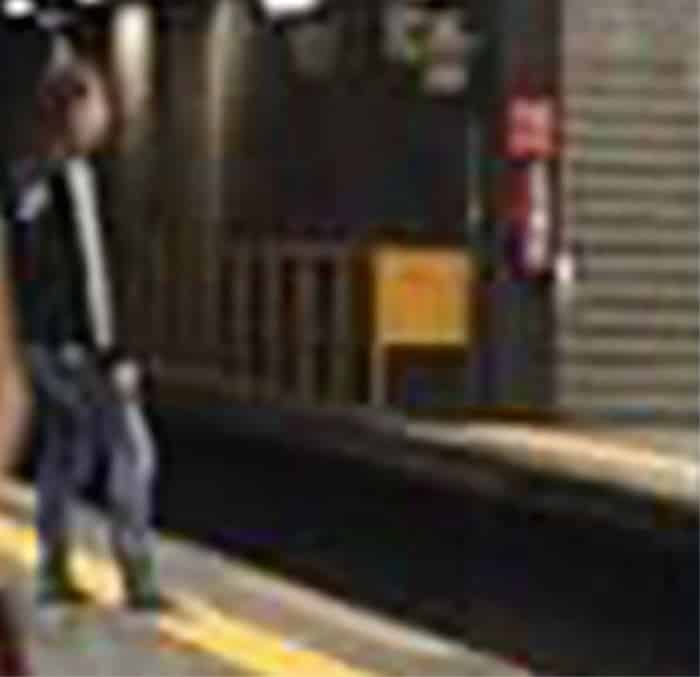 “What would happen to a child who sees this scene every day? Kids will think its normal to wait for the subway on the yellow line. So don’t act like that guy over there. Follow the example of the girls.”