Animal rights activists and community members are up in arms over animal cruelty in Karachi, Pakistan. Municipal authorities apparently chose poison to cull the stray dog population, killing an estimated 700 canines in the district.

Photos showing the results of the massacre went viral over social media, and netizens expressed their disgust and anger at the needless deaths.

Hundreds of dog carcasses littered the streets after the purge. 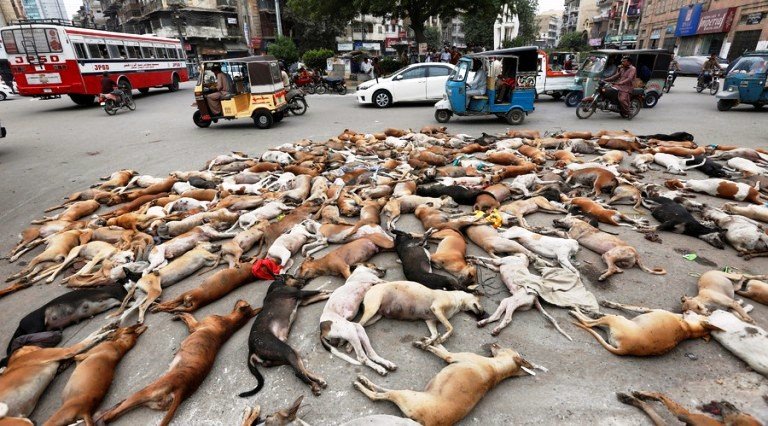 This angered animal lovers and the internet at large. Netizens shared the images with their furious comments:
“Just bloody horrible”, “Spread the word. Shame on Karachi authorities!”, “No more cruelty!”, the outraged messages said.

Municipal workers went out to collect the carcasses, which they unloaded by the truckload for disposal.

Dead dogs dumped out of trucks. 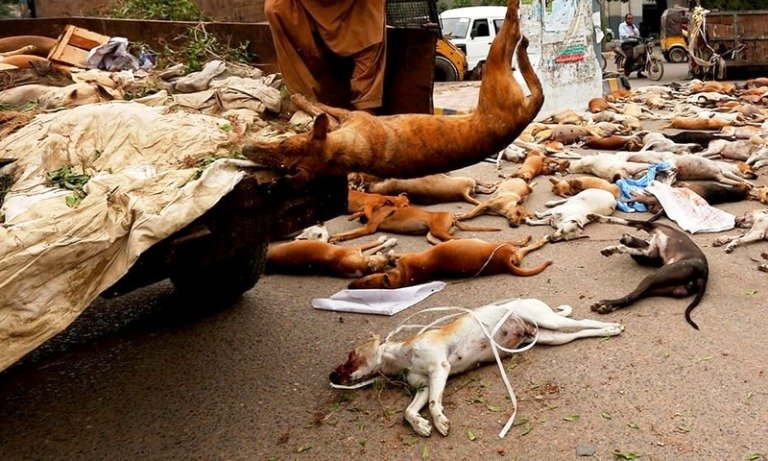 Animal activists called the government out for animal cruelty, however officials said there is no other way to rid Karachi of strays.

In a city with a 20-million population, Jinnah Hospital records show 6,500 people treated for dog bites last year alone. This year, there have been 3,700 cases so far. And these are the ones that have been documented.

The city launched the operation to protect people from attacking packs of stray dogs. 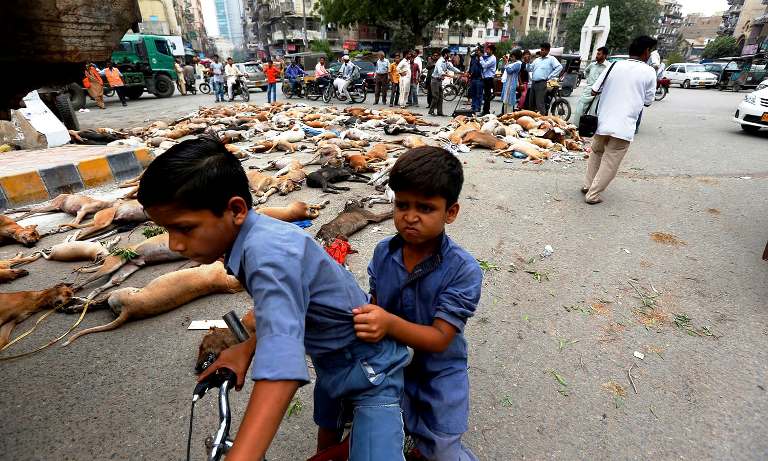 Officials say the dead dog tally is now at 700, but they expect thousands more purged within the month.

WARNING GRAPHIC: These stray dogs were poisoned via what local authorities in Karachi call a "gulab jaman "

Karachi has a number of animal shelters: Adopt A Pet, APEC, ACF, and Supre. However, the vast number of stray dogs in the city may have been too much for the available facilities to handle.