When you are drunk, it’s always better to go home and call it a day than to stay on the streets looking for trouble.

The two drunk guys in the video below learned that lesson the hard way as they tried to enter a bar but were refused by a tough bouncer. And boy, he did hand them their sorry asses single-handedly!

This recently happened in Dublin and, as you can see on the footage, the two men were really drunk as heck.

The drunk guys were stopped right at the door by the bar bouncer. 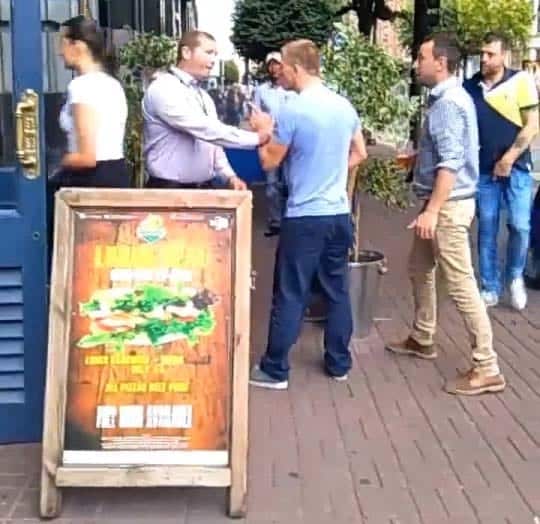 Unfortunately, they didn’t listen to the doorman.

They started to take things personally and began attacking him. 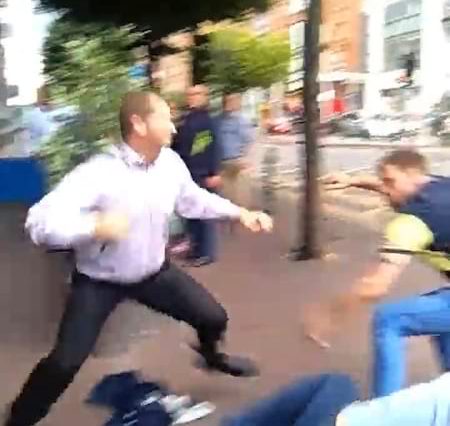 Both of them punched the lone bouncer who immediately radioed for back-up.

The guys once again attempted to punch and kick him but the bouncer was already having none of their crap. He defended himself this time by delivering solid punches on their faces, with both of them immediately falling down on the ground.

The pair of attackers get up and try to give it another shot but the bigger guy gets another blow that knocks him down pretty bad. The remaining guy, knowing he probably wouldn’t win either, just repeatedly spat on the bouncer’s face – which is truly disgusting!

While many have commended the bouncer for handling the situation properly, some are criticizing him for going ‘too far’ against the attackers.

In an interview with The Sun Online, bar manager Colette Lenehan defended their bouncer for ‘doing his job.’ 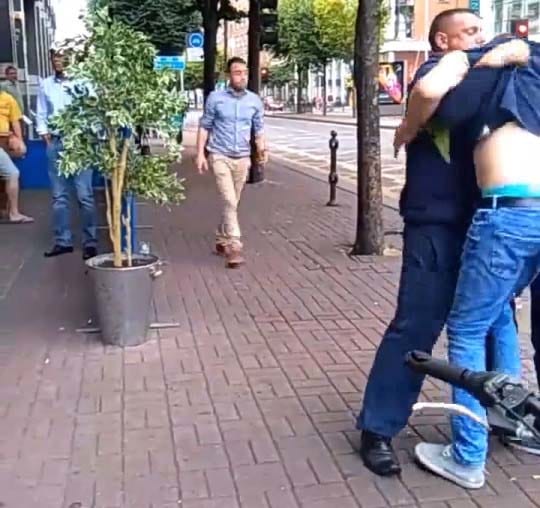 “The two guys were drunk and refused entry. They did walk away initially and then they came back a few seconds later – and you can see what happens next.

“He had to defend himself and you can hear he keeps saying ‘go home, go home’.”

According to the manager, one of the guys returned and even threatened the bouncer’s life. She described the bouncer as being ‘a quiet family man’ who was very ‘polite.’ She said he was ‘very shook’ as a result of the attack.

What’s your take on this incident, guys? What would you do if you were in a similar situation? Do you think the bouncer went a little too far or did the attackers really deserve it? Hit us up in the comment section!