Lauren, a 20-year-old woman from San Diego, may have only one arm but she’s become the most recent likeable person on Tinder. Despite the missing limb, Lauren has a hilarious bio on the dating app, which makes her an interesting catch — and people can’t help but swipe right on her.

Over a year ago, Lauren lost her arm during a moped accident. She shared to Buzzfeed News: “I was going pretty fast on a moped and lost control of it, and I hit the median in the road. I flew off and hit a sign and it sliced my arm off.”

Despite having only one arm, Lauren remains a confident, beautiful woman. 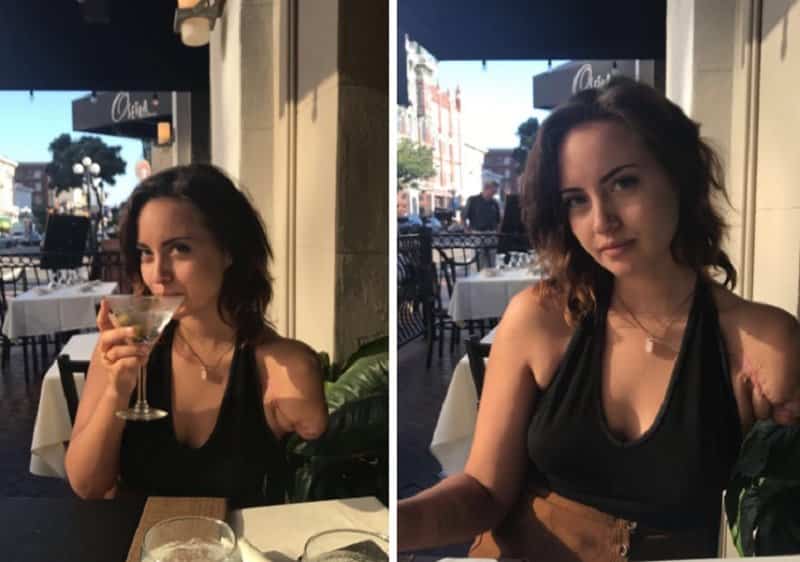 People on Tinder love her for her hilarious bio. 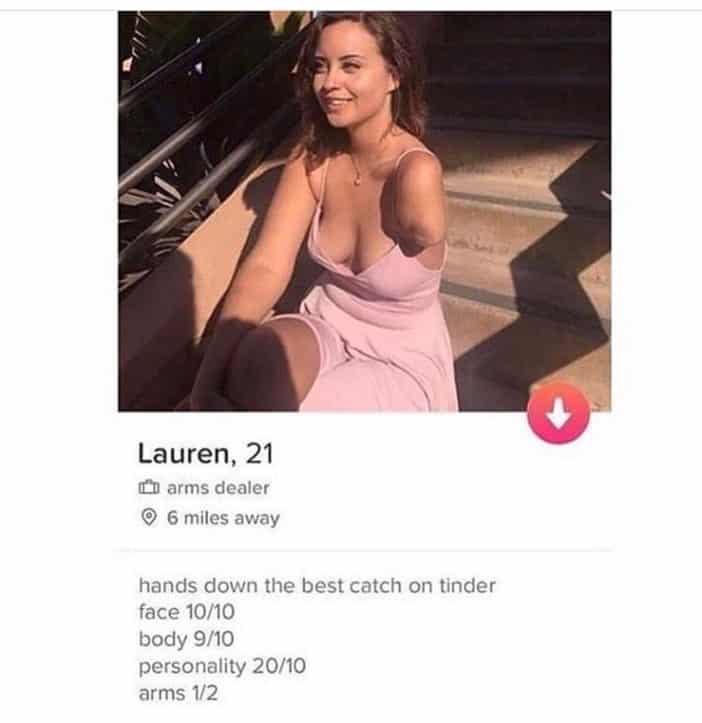 And her sense of humor. 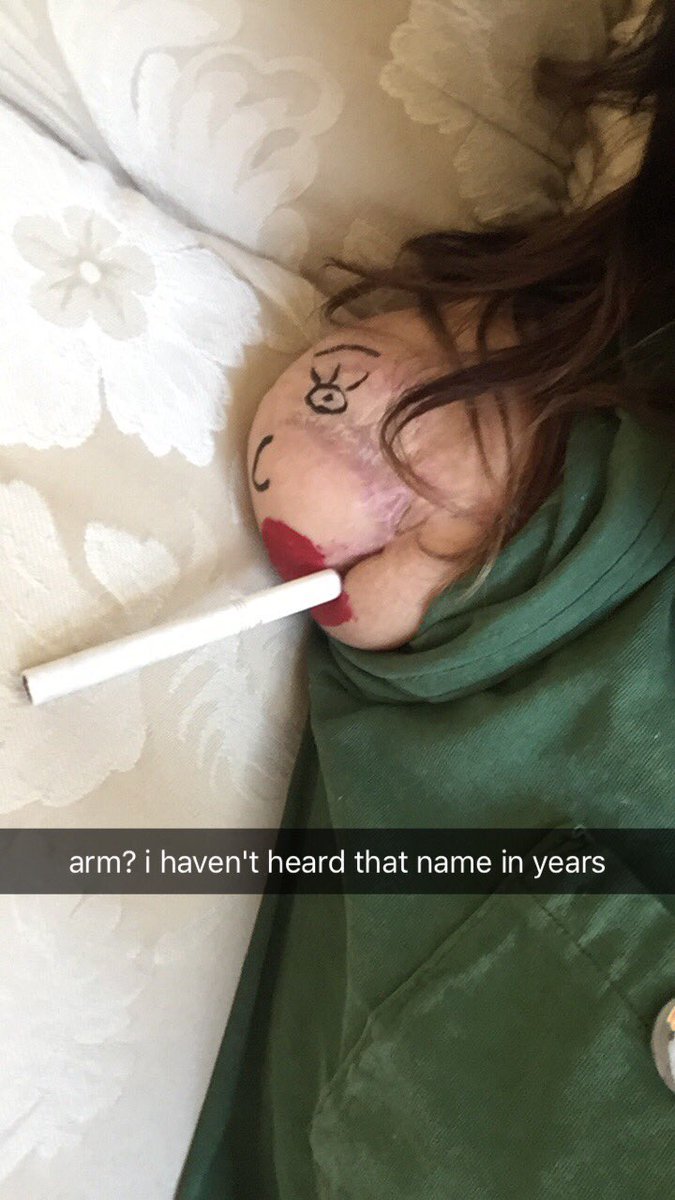 At the time of her accident, Lauren thought that she was going to die. Fortunately, an officer who had proper tourniquet training was nearby to help her. Doctors were able to reattach Lauren’s arm for about a month and a half but eventually, it lost blood circulation when they attempted to reconnect the nerves.

Lauren’s sense of humor has been helping her cope since she lost her limb in the accident. She told Buzzfeed News that there were people who had made fun of her, which made her feel uncomfortable at first. But she adjusted pretty well when she started telling the jokes herself.

Lauren, who asked her last name not to be revealed, just joined Tinder last week. 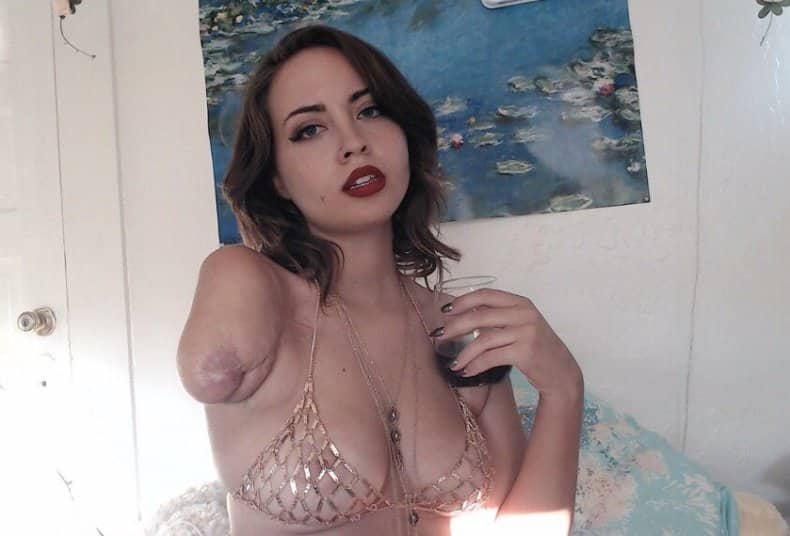 She’s been posting a lot of photos of her one-armed gorgeous self and people are just amazed. 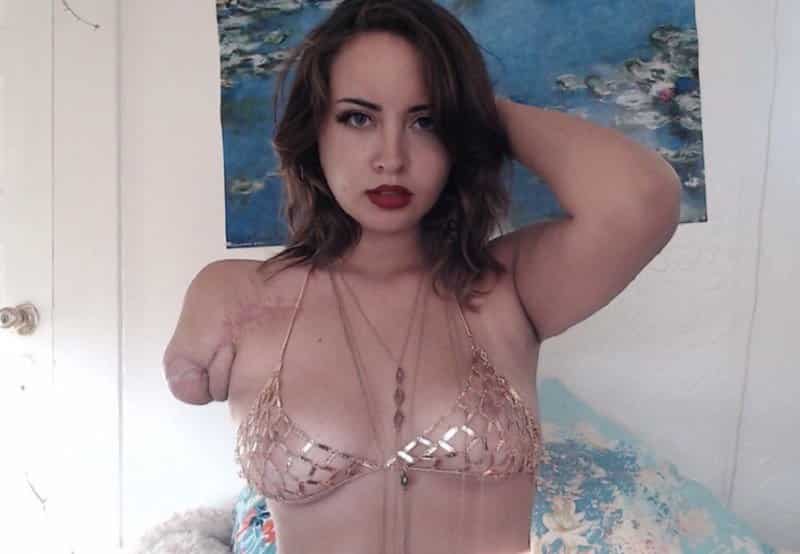 Screenshots of her profile made the rounds online and she went viral. 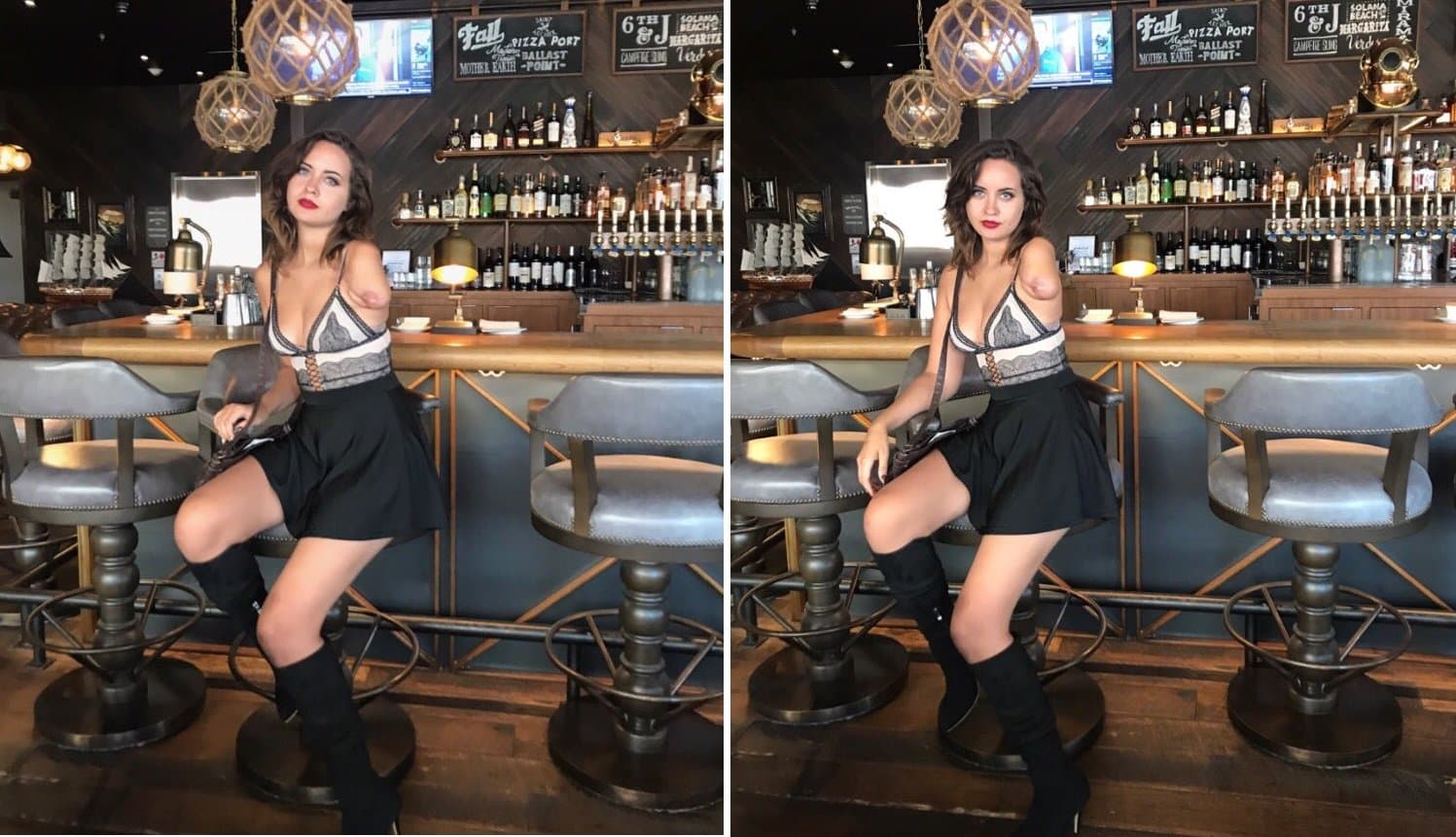 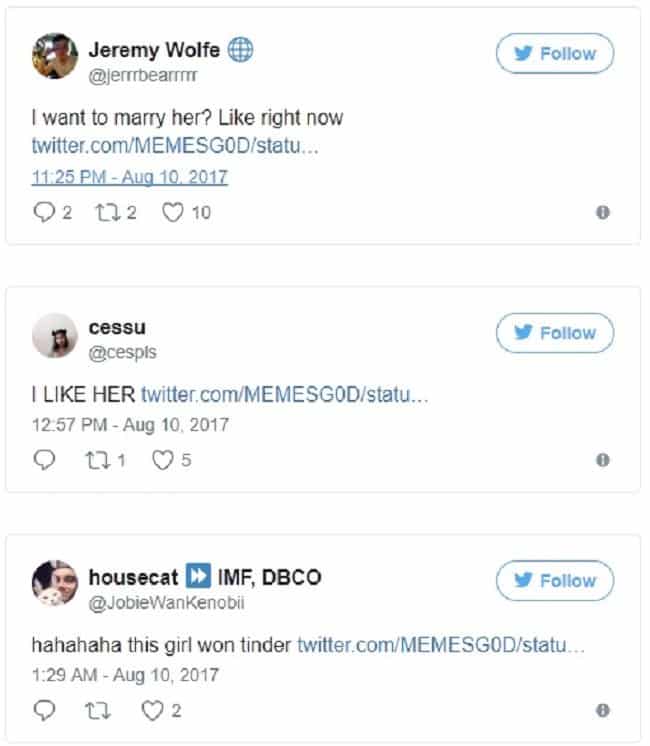 Lauren said some people would come up to her and say they feel sorry for her, but she insists that she’s “completely comfortable with it.” Although Lauren now has plenty of likes and receives a lot of compliments on the dating app, she has not found someone she wants to hit it off with.

Men would need to have an excellent sense of humor to be able to keep up with this woman. 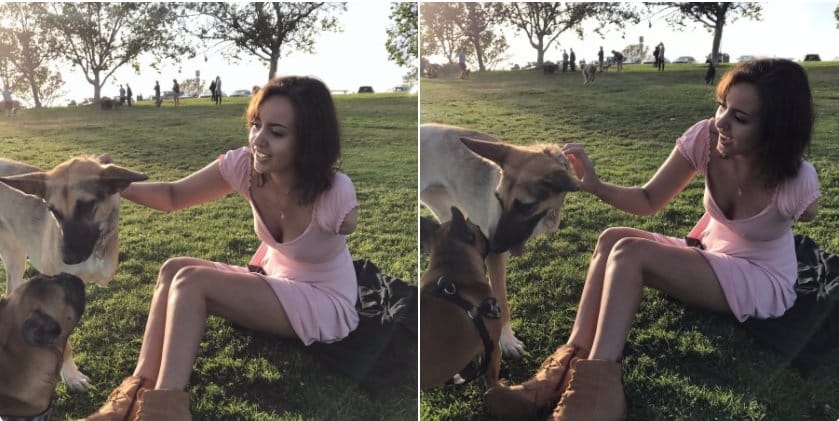 What do you think of Lauren? Let us know in the comments section below!