If you’re looking for a roller coaster of emotions, just imagine what Chinese Olympic diver He Zi went through when her boyfriend suddenly went up beside her on the podium and proposed!

25 year-old He Zi and her boyfriend, 30 year-old Qin Kai, have been dating for 6 years, and both of them are accomplished divers. In fact, Qin Kai had just won a bronze medal in his own synchronized diving event the week before.

Qin Kai and his fellow diver He Chong holding their medals at the men’s synchronised 3m springboard victory ceremony during the World Swimming Championships in Barcelona, July 23, 2013. 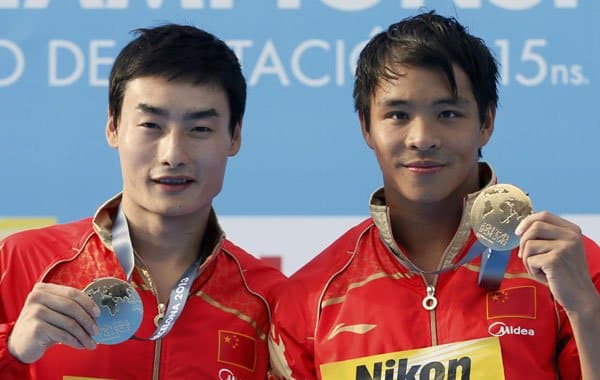 As He Zi was posing for photos at the ceremony with the other divers, Qin Kai suddenly showed up on stage, with an expectant look on his face. Before He Zi could register his presence, the other participants left the podium while Qin Kai approached He Zi. With a red box containing a ring and a glass-encased rose, he went down on one knee and proposed.

“I didn’t know he would propose today and I didn’t expect myself to marry myself out so early,” said He, who tearfully accepted the proposal with a big hug. “I saw him during the afternoon and he seemed to be memorizing something, so I asked him ‘what are you doing?’ and he said he was singing.”

He Zi goes on to say, “I’ve forgotten most of what he’s said (during the proposal), but it’s largely what you can expect like promises, but what touched me the most is that he said he was willing to be bullied by me for life,”

He Zi demurely smiles as Qin Kai celebrates her acceptance to his proposal. 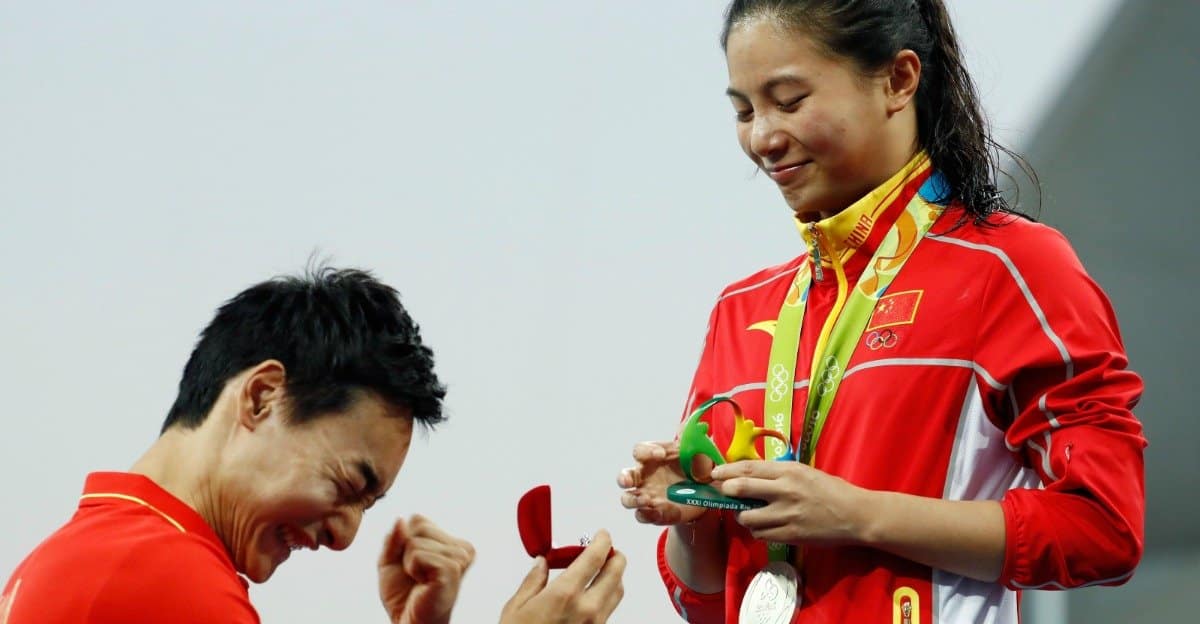 Shi Tingmao, the winner of the gold medal in the same event, says she knew about the proposal before the event. “I’m really happy for them, because these years, be it career or relationships-wise, they have had to face a lot of pressure,” she said.

This proposal is the second in the Rio Olympics. The first was when Isadora Cerullo of the Brazilian women’s rugby team accepted a marriage proposal from her girlfriend at the medals ceremony for the first Olympic rugby sevens competition last week.