The recent Las Vegas mass shootout had been the deadliest assault in the American history. Suspect Stephen Paddock was just another ordinary citizen whose life was transparent through public records and people who knew him were shocked to know that he caused the mass killing. Like his brother Eric described him, Stephen was “just a guy who lived in Mesquite who drove down and gambled in Las Vegas and… liked burritos.”

The reason why Stephen killed innocent concertgoers remains a mystery. There were suggestions that his problems about debts, collapsed relationship, and family history all contributed to his drive to kil. 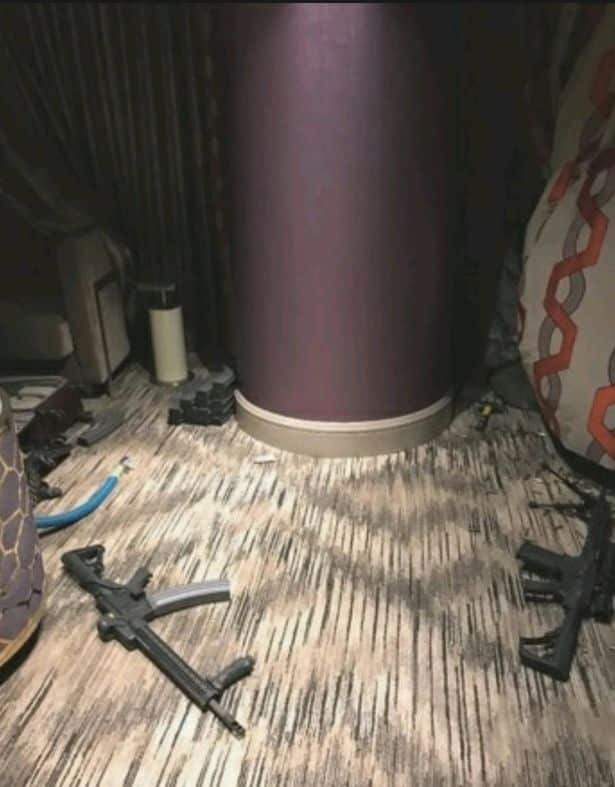 Latest investigation reports though revealed that the millionaire set up a camera inside his Mandalay Bay casino suite to film the deadly rampage. It was also found out that another surveillance equipment was installed along the hallway of his room to alert him if cops were coming. He reportedly used a hammer-like tool to smash two of his room windows from which he fired out in the course of 72 minutes. These facts were recently confirmed by Las Vegas Metropolitan Police Department Sheriff Joseph Lombardo during a press conference.

In search for the root of the mass shooting, Eric Paddock said his brother made millions from his previous real estate deals and owned two planes and several properties across the United Sates. He attested that the 64-year-old suspect was normal and his gambling habits were the only unusual thing that police can find from his records.

Here is an illustration of the crime scene and theories on how the shooter carried on with the mass killing. 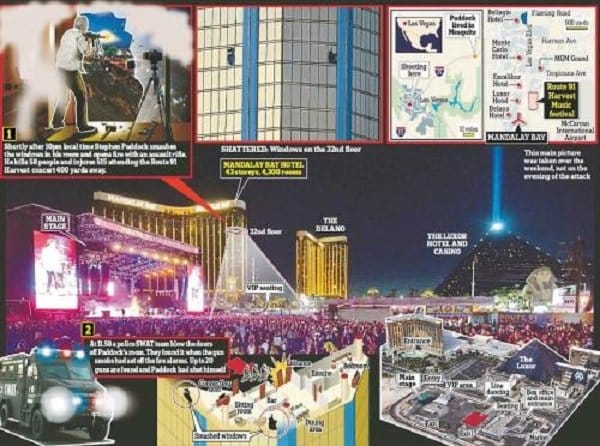 HAnother illustration on how he targeted the concert goers from his hotel room. 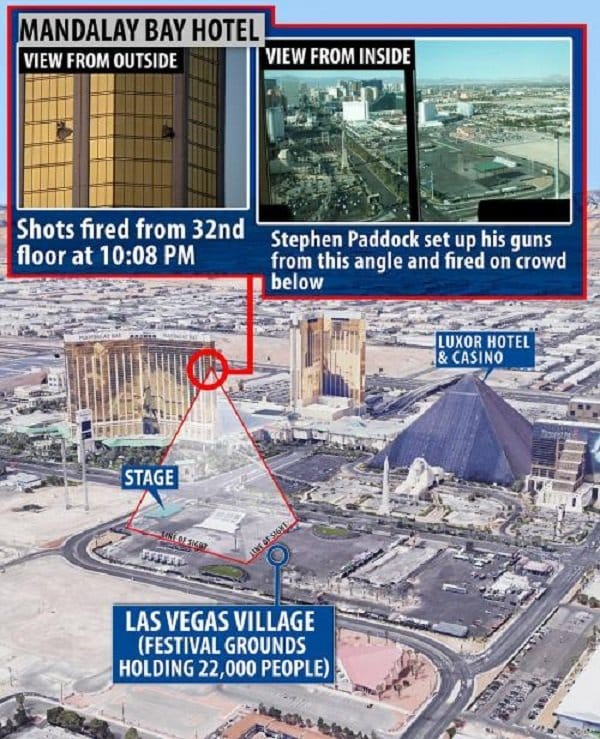 According to reports, Stephen Paddock seem to have lived as a good citizen as he had no police reports – not even a traffic violation – recorded under his name. He was known to have lived a quiet life despite living in 27 different residences in Nevada, Florida and Texas. He was also a professional, retiring as an accountant and had worked as an internal auditor at the Lockheed martin for three years during the late 1980s. He also used to be a manager and investor in apartment complexes in Mesquite, Texas and California from which he made millions of dollars. And even before his professional careers, he worked as a letter carrier and IRS agent for a decade in the 1970s and 1980s.

Three FN-15 rifles, as well as guns made by Sig Sauer, were also found.

A Colt AR-15 was also found in the room.

For his persevering nature, the news that he used 10 suitcases of firearms and ammunitions then shocked people who knew him. Eric said that he did not imagine his brother was a gun fanatic, although he was aware that he had firearms legally registered to him. As for the 23 guns recovered from his hotel room, Eric said he didn’t know about them. He said:

“He had a couple of guns but they were all handgun, legal… he might have had one long gun, but he had them in a safe.”

From collected investigation points, Stephen Paddock secretly amassed no less than 42 firearms. At least two of which were automatic and another two were modified with legal bump-stock devices, resulting to semi-automatic guns that can pump out 400-800 bullets a minute. Other units had scopes and packed military-grade ammunition.

In total, 23 firearms were found and thousands of ammunitions in his room. 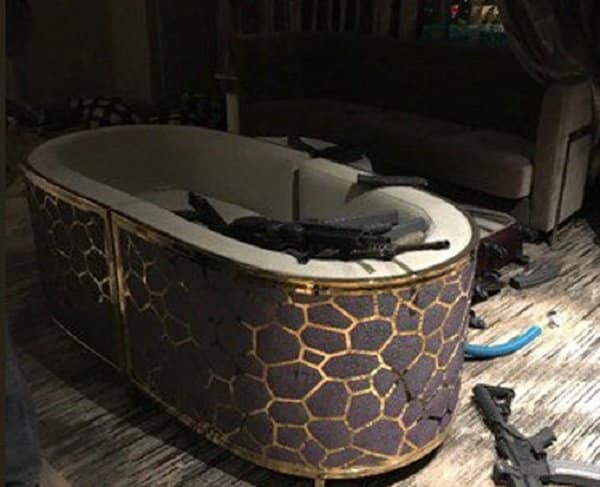 Sheriff Lombardo said on Monday that among the weapons found in Stephen’s room were four Daniel Defense DDM4 rifles, three FN-15s and other rifles made by Sig Sauer. A handgun was also found. He also said that it’s not yet clear to them whether the full-auto gun was modified, or if it was originally made that way. The ammunitions found reportedly ranged in size from .308 (usually used in hunting rifles) to .223 (used in AR-15s and other assault rifles).

In line with the continuing investigation of police, two of Stephen Paddock’s properties were raided last Monday. The first was his Mesquite home which he purchased for over $369,000 in 2015, according to public records. Police were able to uncover 19 additional firearms along with several thousand rounds of ammunition and the explosive Tannerite — which is used to make explosive targets for target practice. Electronic devices were also discovered but police are still examining them to determine their purpose.

This is Paddock’s home in Mesquite which was raided by police earlier this week. 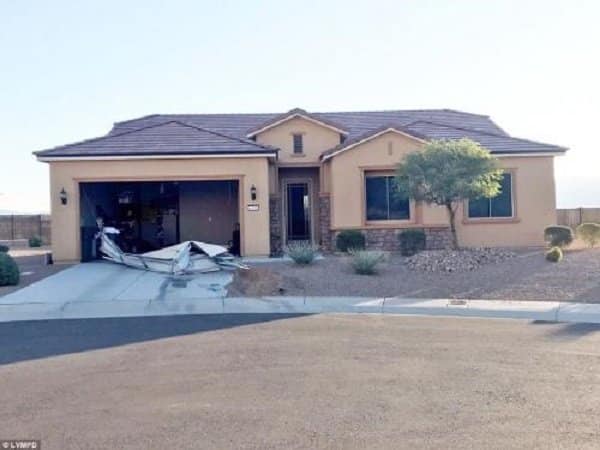 A SWAT team was also sent to raid his second property in Reno where bomb experts came to assist during the investigation due to concerns over booby traps. However, police have not yet revealed what they found in the house. On the other hand, police found fertilizer ammonium nitrate — which can be used to make bombs — in Stephen’s car in Las Vegas.

Terrorist group ISIS claims the credit for the mass shooting, saying Stephen recently converted to Islam and joined them. Eric Paddock and the authorities have however dismissed the claims with the former saying:

“He had no religious affiliation, no political affiliation…He just hung out.”

Also, Eric says his brother had no Army training for him to be an eligible terrorist. He adds:

“His life is an open book. It’s all in public record…Once again, there is nothing. He went to college. He had a job.”

According to public records, Stephen acquired both hunting and fishing licenses as well as a pilot’s license. He was however engrossed to gambling where he would play $100 hands of video poker, and according to Eric even won $40,000 on a slot machine once.

His neighbors in Florida had nothing much to tell about him as they said he had barely talked to them. Although he gave them keys to check on his property, he would only show up every three months or so. When he comes home, his neighbors said he would rarely be seen because he stayed up late at night playing poker online.

Further background check discovered that Stephen made several huge transactions in Las Vegas. He spent $30,000 on some nights and on others more than $20,000. However, it is not yet known whether he won a deal or lost on any recent bets.

In 2012, Stephen filed a lawsuit against the Cosmopolitan Hotels & Resorts in Las Vegas. He spent two years in court fighting for the Negligence – Premises Liability complaint he filed. However, the court dismissed the case with prejudice in late 2014, and further details of the case were not available on the Clark County Courts website.

Digging further, police found out that Stephen was the son of Benjamin Hoskins Paddock who was a serial bank robber. He ended up on the FBI Most Wanted list in 1969 when he escaped from Texas federal prison when he was supposed to serve a 20 years sentence. He was kept on the FBI list for the next eight years until he was found outside an Oregon Bingo hall a year after he was removed from the list in 1978. The agency said that the fugitive was diagnosed as psychopathic and also showed suicidal tendencies.

The Las Vegas massacre ended when the police breached Stephen’s hotel room door on the 32nd floor of the Mandalay Bay Resort just after 10pm last Sunday. By the time the police infiltrated his room, Stephen committed suicide.

Paddock killed himself before police stormed in his room. 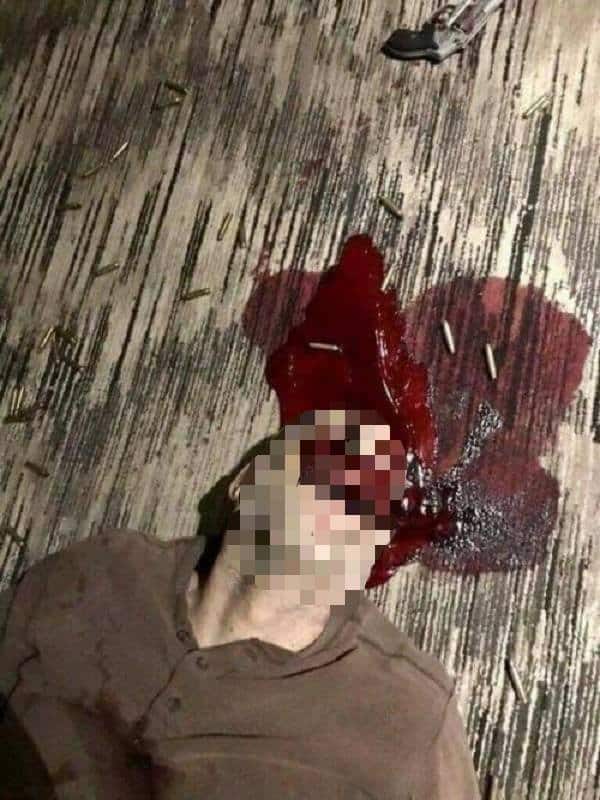 Reports note that the suspect may have left a suicide message. The note that Stephen left is believed to include some clues to his reasons for slaughtering Route 91 Harvest Festival attendees. Police said that investigations are still ongoing and have yet to make public any details.

From latest reports, Sheriff Lombardo revealed on Wednesday that Stephen Paddock tried to escape after showering bullets over concertgoers.

He said: “He was doing everything possible to see how he could escape.”

Police believe that this is a suicide note left by Paddock. 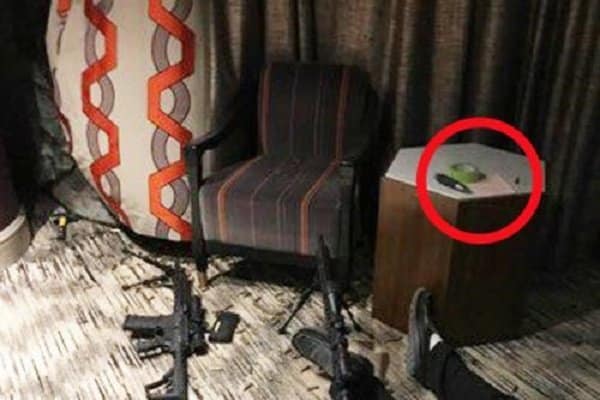 However, Lombardo did not want to reveal the suspect’s supposed escape plan as they are yet to put all the pieces together to come to the root of why he did the shooting. Police believe though that Stephen Paddock planned to cause more carnage if he was able to escape after the deadly attack.

The Las Vegas FBI is now seeking help from anyone who might have information about the tragic incident and call 800-CALL-FBI for reports.

“We will not stop until we have the truth.”

Undersheriff McMahill said it was unusual to have only very few clues when it is already five days after the mass shooting. He is sure that they can get valuable information to solve the Las Vegas mystery. McMahill also noted that suspects of past mass killings or terrorist attacks left notes, social media posts or information on computers or phoned police for hints to their true intention.