Reports say the turnout this year is lower than previous years, which is not a surprise considering the big freeze happening in North America and Canada. Nevertheless, the event kicked off at 3 p.m. on Sunday in New York City, with commuters converging at Union Station.

The pants-less participants wore layers upon layers of upper body clothing, but they kept their lower half at a bare minimum. 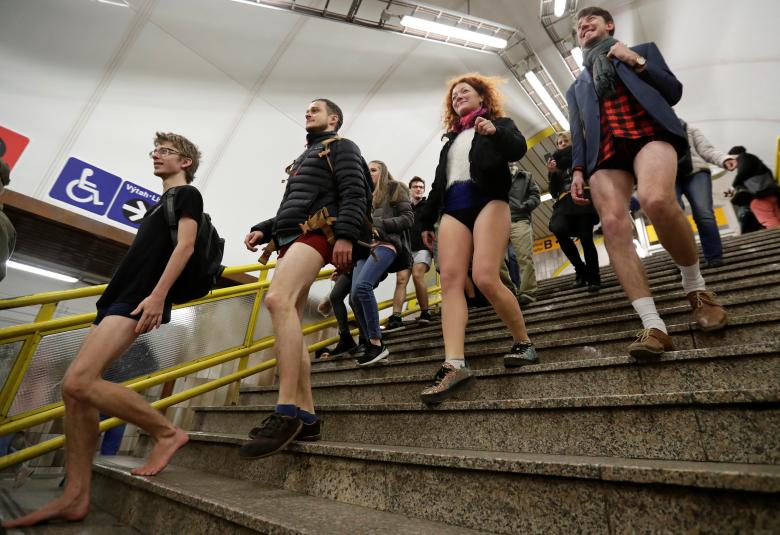 LJ Geraghty, a 36-year-old participant from Boston, has been travelling to New York for 14 straight years to celebrate the quirky annual traditional. She was quoted by the New York Post:

“The turnout is definitely down this year… I wore my knee-highs this year. Usually I just wear high heels.”

Despite the lower turnout, the riders braved the cold clad in their favorite underwear. 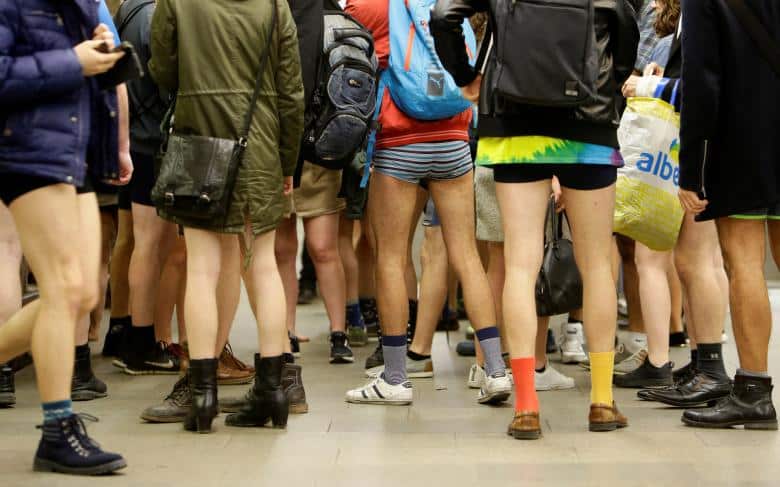 “I’m definitely freezing my ass off, but hopefully not any other important parts. I almost didn’t do it because of the cold, but my buddies talked me into it and I didn’t want to be the one to chicken out.”

While the annual No Pants Subway Ride in New York seems like a lot of fun, the extremely cold weather posed a real danger to the exposed riders. 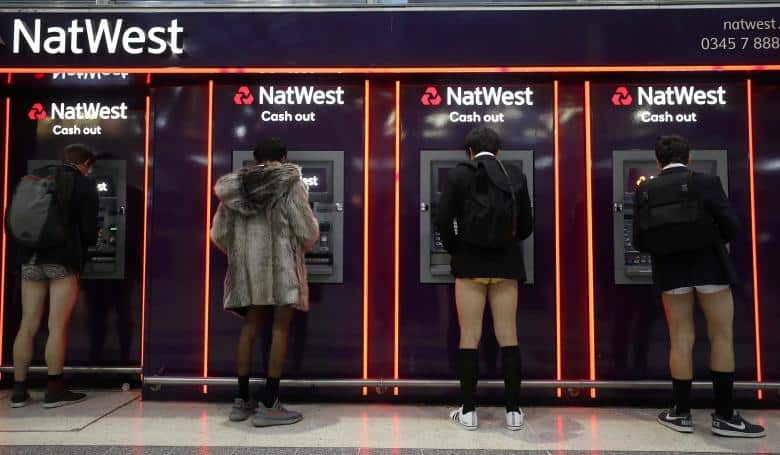 Some riders reported numbness in their legs, but no casualties or accidents were reported.

The No Pants Subway Ride is organized by the group Improv Everywhere and is celebrated worldwide. 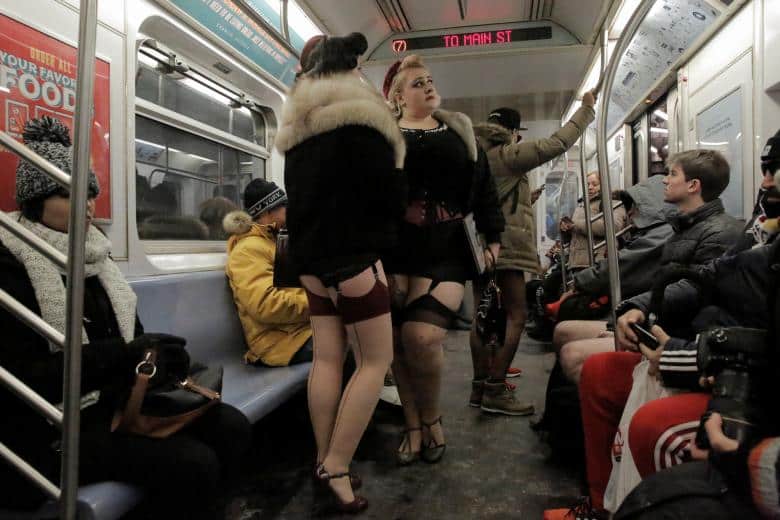 The group’s goal is to cause “scenes of chaos and joy in public places.”

The first No Pants Subway Ride happened in 2002 where only six people participated. 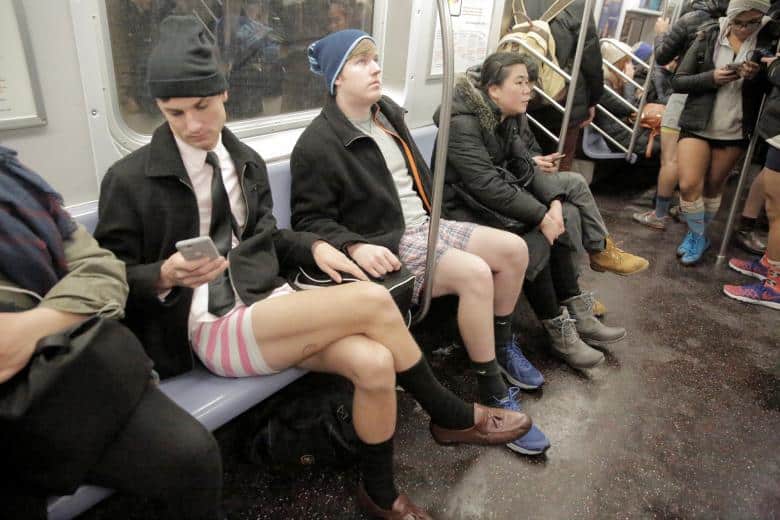 About 4,000 riders were expected to take part this year.

What do you think of this annual celebration? 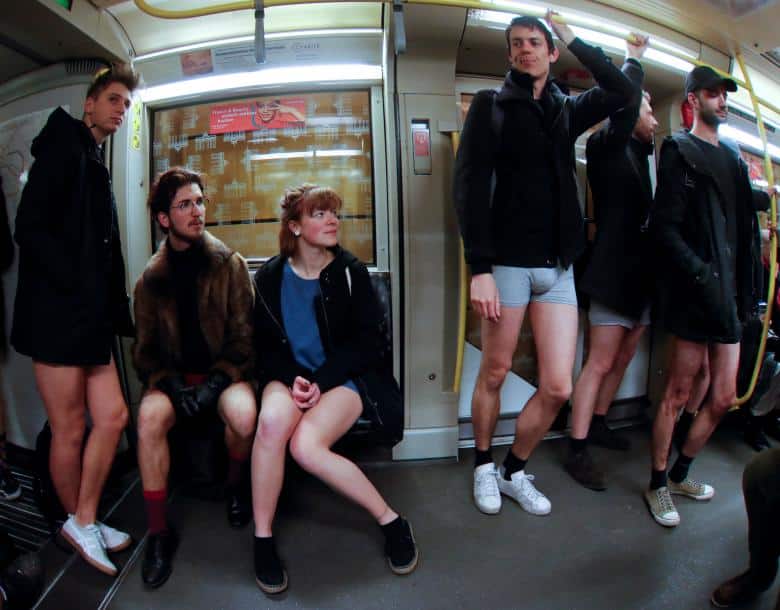 Are you up for it?