In a big city like New York — where people are busy dealing with stress from their demanding jobs and their fast-paced lives — it can be difficult to capture random acts of kindness. Just recently, though, one passenger in the city’s subway train witnessed a heartwarming event that could inspire others to be more sensitive to the needs of those around them.

The subway passenger took a video of an encounter between a guy on the train and a homeless man.

This is one of humanity's shining moments.

The video shows a near-empty subway train. A homeless man is one of the passengers. He is shown sitting quietly. He has no sh‏‏irt on.

After a few moments, another passenger — a guy who’s built as if he could be a bouncer from a club — is seen taking something from his bag. It turns out to be a shirt. He then approaches the homeless man.

But that’s not all the man did.

He gave away his beanie, too! 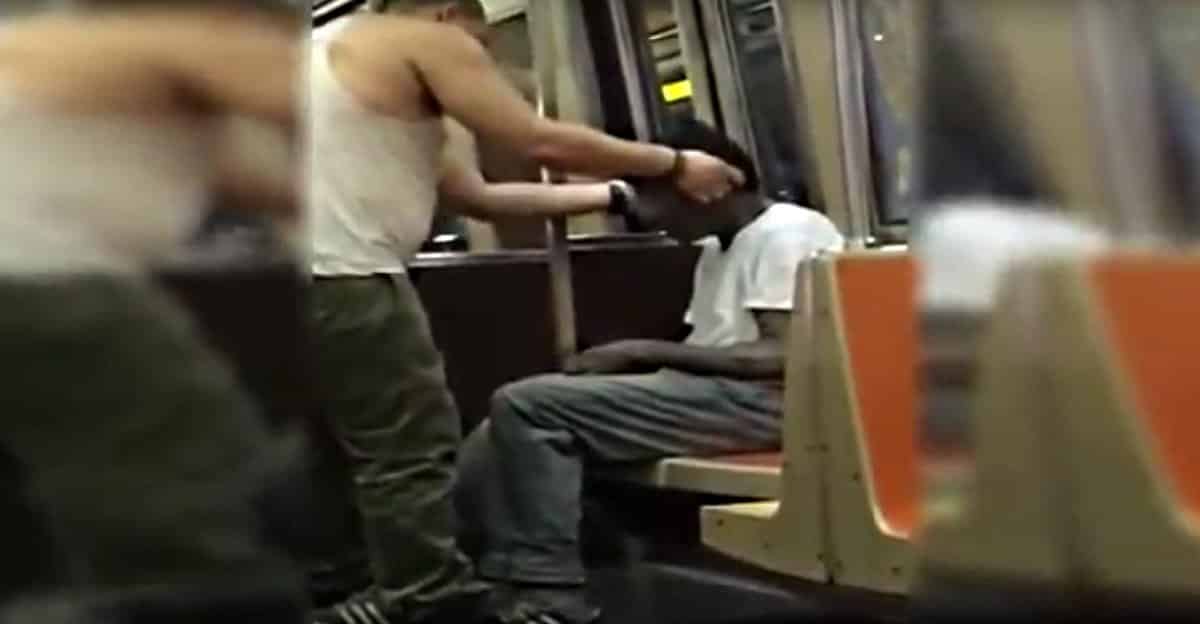 The homeless man is seen looking, perhaps, a bit bewildered. The muscled guy just casually goes back to his seat and the video ends.

As South African social rights activist said, “Do your little bit of good where you are; it’s those little bits of good put together that overwhelm the world.”

This video is worth watching over and over again.

What the man did on the subway train is definitely one of humanity’s shining moments.