You might be thinking that this abandoned city is filled with nuclear waste, riddled with radiation or worse, haunted. But in reality, there’s absolutely nothing wrong with this city; rather, it’s just a victim of change.

What’s in this city that people are so adamant to avoid? 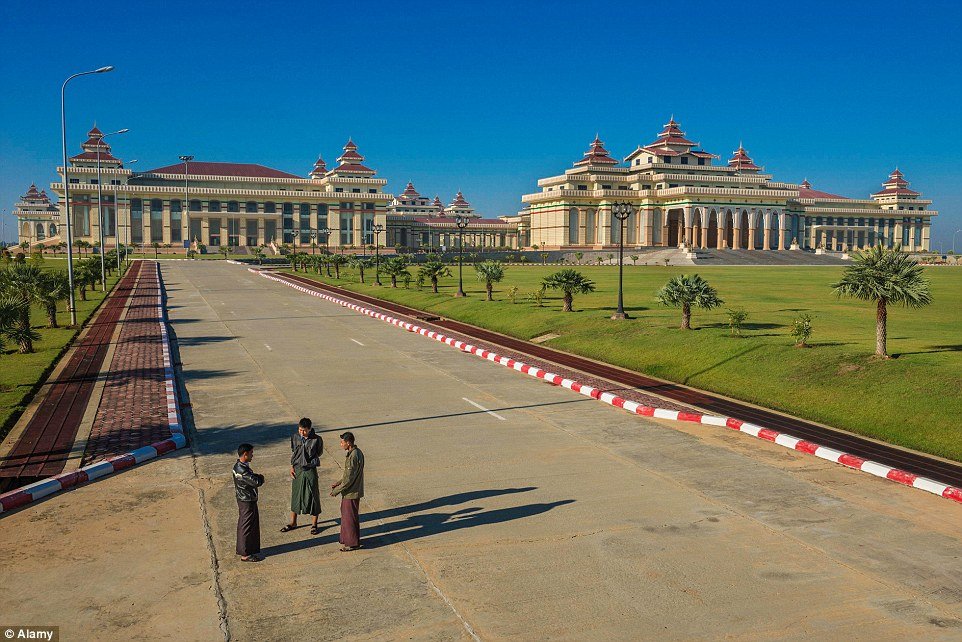 Naypydaw is a huge city that spans about 4,800 square kilometers. Its giant boulevards have up to 20 lanes, and they’re said to have been designed to allow air crafts to land on them. And these roads even have carefully pruned shrubbery.

The streets are built for 20 lanes of traffic… 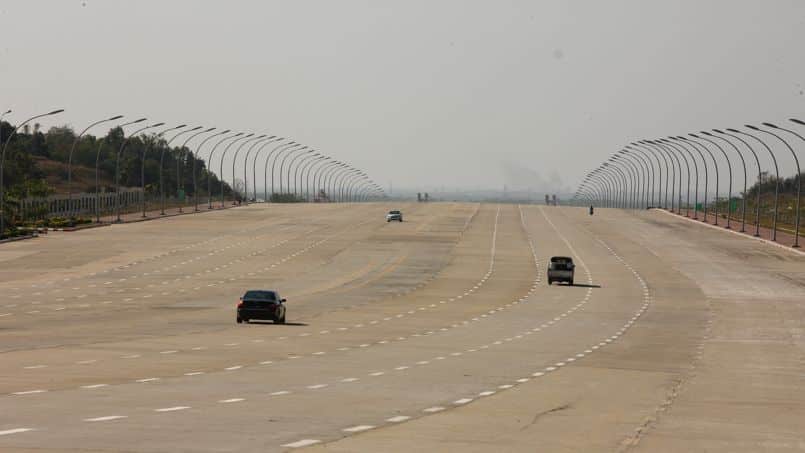 But the boulevards are almost completely empty. 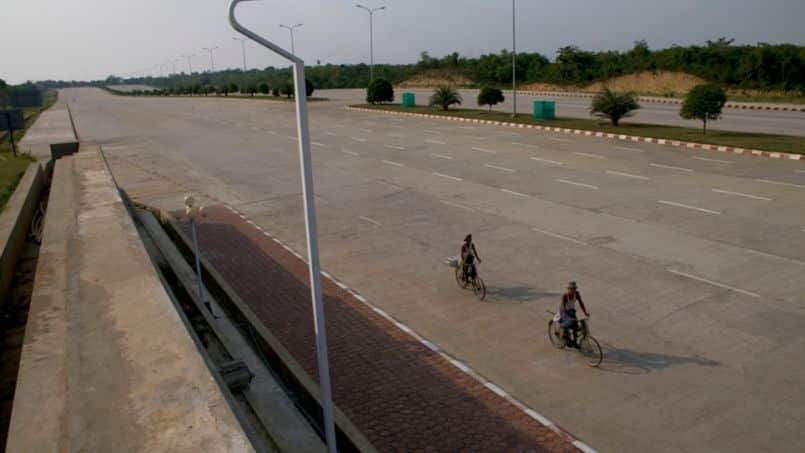 You can see endless rows of detached buildings painted in light pinks, baby blues, and off whites amid a landscape of meticulously maintained yards.

Everything is well-maintained, but for whom? 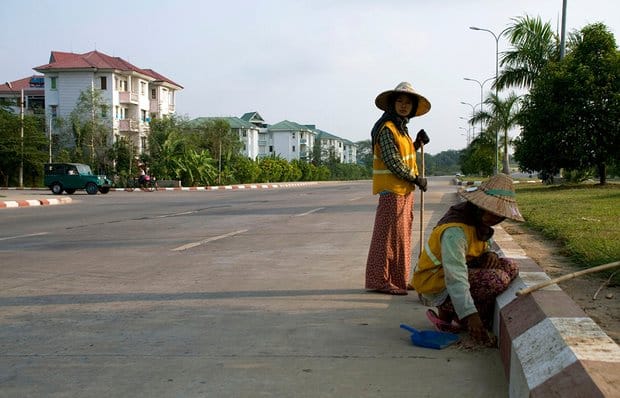 It has its own safari park, a zoo with an air-conditioned penguin habitat, and four golf courses. And unlike much of the country, which is one of Southeast Asia’s most poverty-stricken, Naypydaw has reliable electricity and many of its restaurants have free and fast Wi-Fi. The only thing missing from this city is people. The metropolis that is (was) Naypydaw is basically deserted. It’s like a perfectly manicured apocalyptic setting where there’s no chaos and people just disappeared! 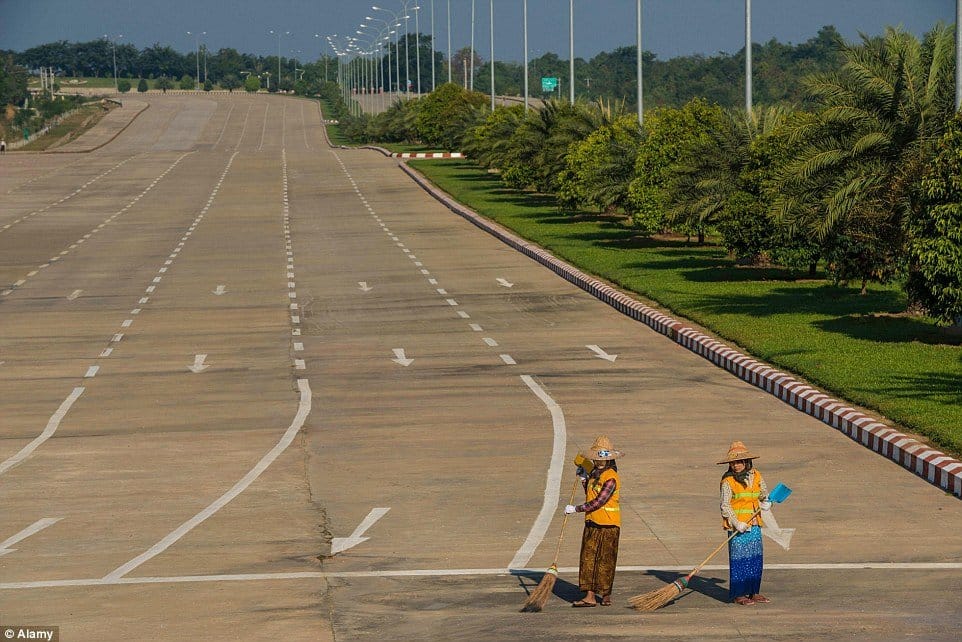 You might be wondering what it is about this city that people seem to be avoiding. Well, as mentioned above, it’s nothing as drastic as nuclear waste.

There have been reports that Burma contracted technicians from North Korea to build an undisclosed network of tunnels. 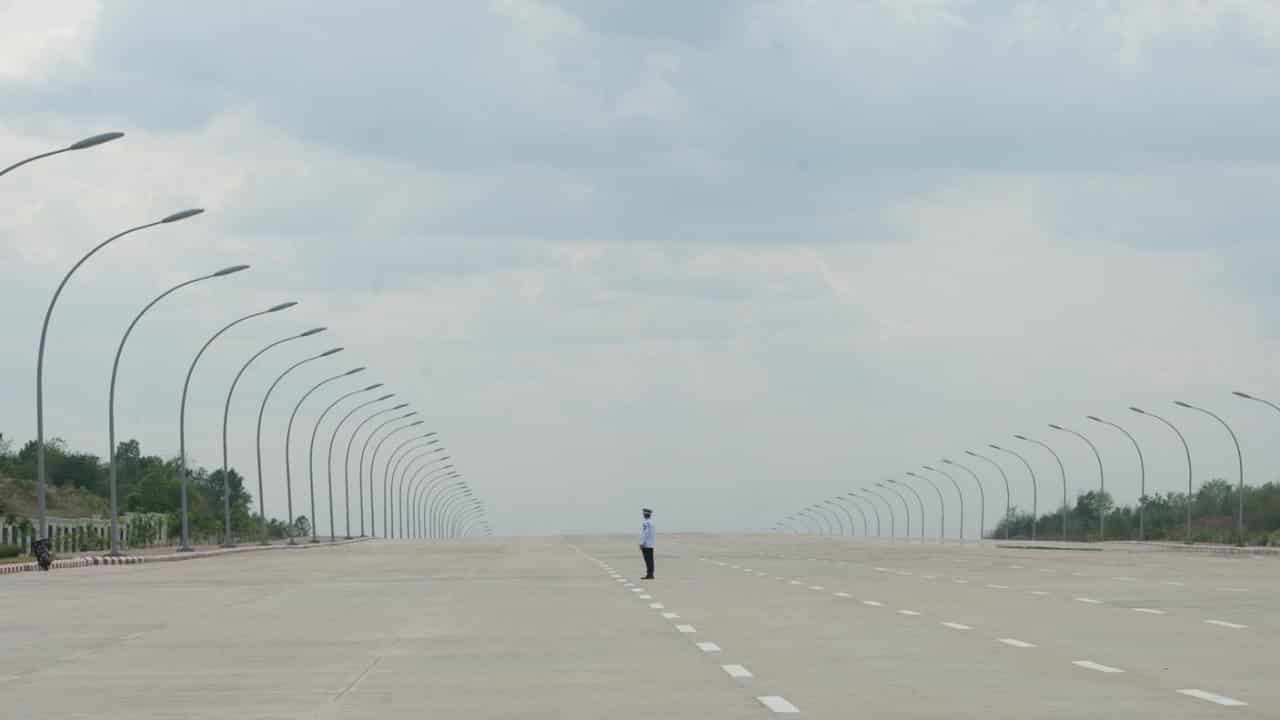 Apparently, Naypydaw became the official capital of Myanmar (or Burma) a decade ago after the government decided to move the capital from Yangon for reasons unknown.

Since then, the government has spent money on developing the area that is now Naypydaw. Before the development effort, the land was the middle of a jungle that had been uninhabited by people for over 2,000 years.

Laborers working on the streets of Naypydaw. 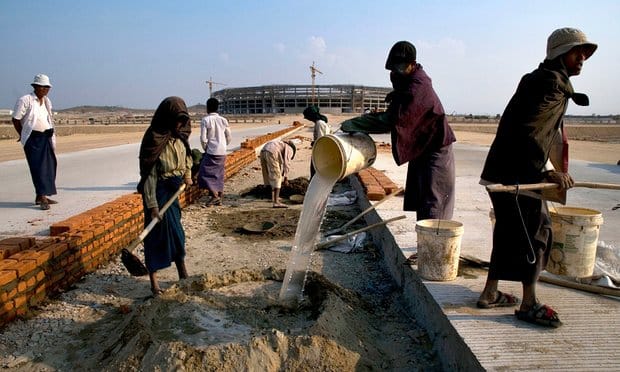 Some government workers moved to the new capital in 2005, but many are hesitant to be separated from their families due to the lack of schools in the new capital. On top of that, the residential areas are color coded based on the jobs of the inhabitants.

This man can ride his bike safely through the streets without a helmet! 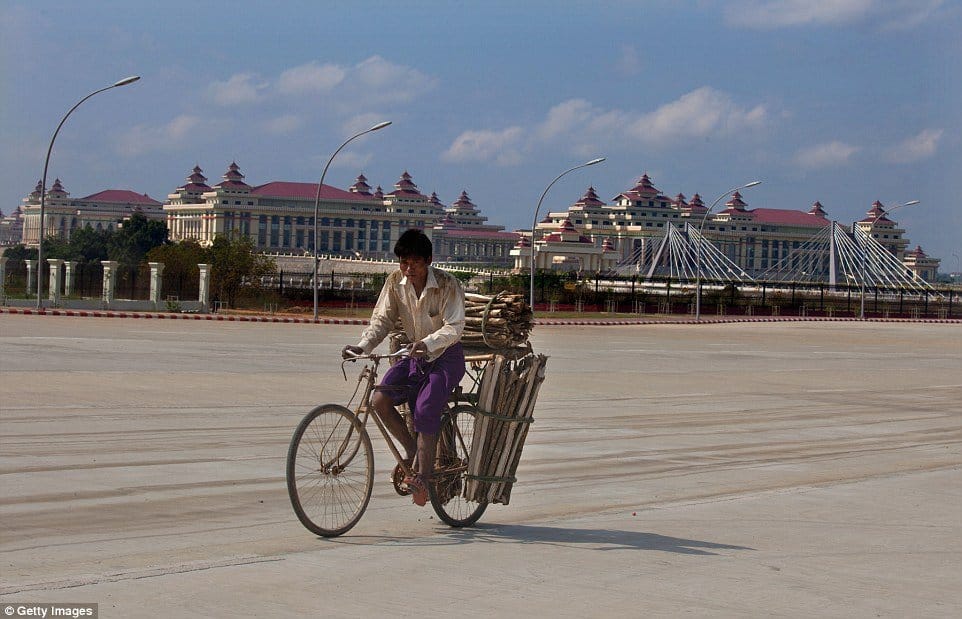 As it turns out, foreigners aren’t keen on visiting the ghost city, and travel agents report that the city might be “dangerous.”

The city was built in the middle of an unsettled jungle. 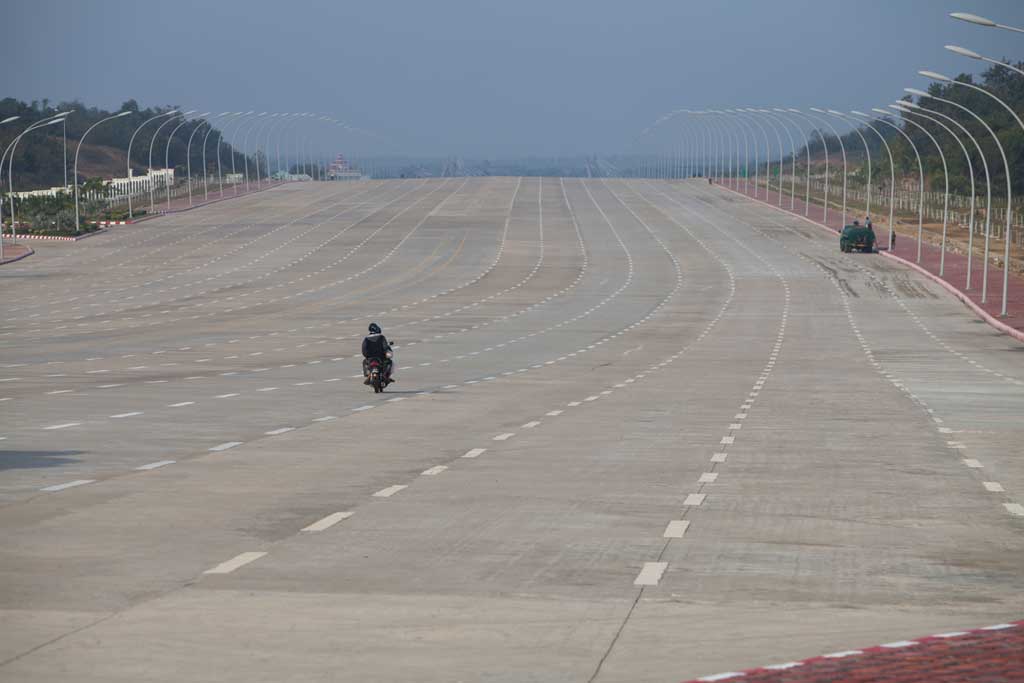 Although the restaurants and hotels are completely empty…. 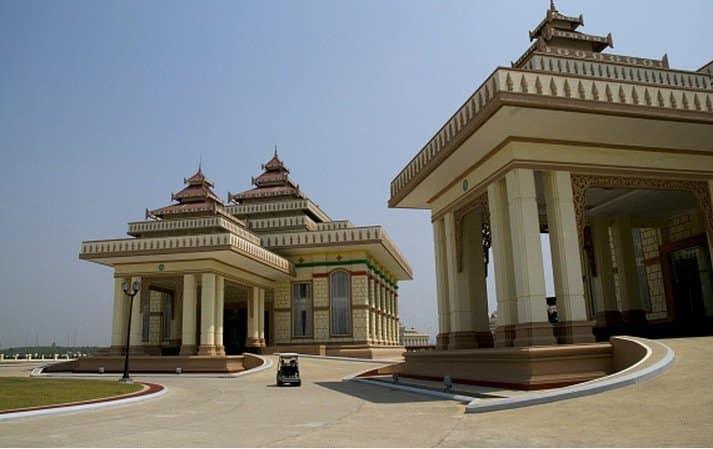 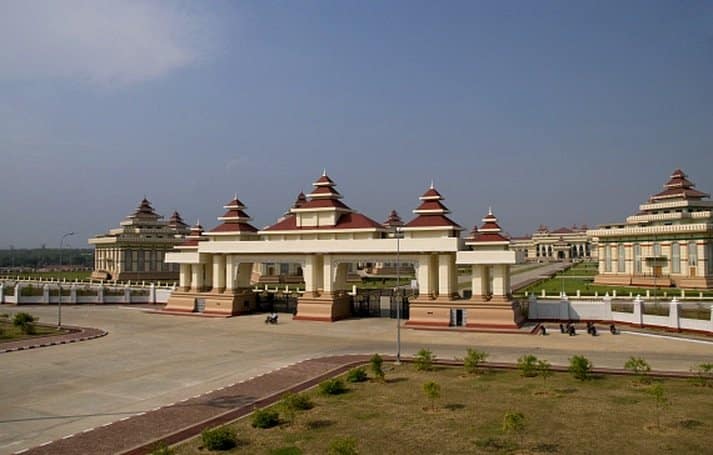 Would you dare to visit Burma’s ghost town?