Villagers in a remote area in Thailand were left puzzled after a bizarre creature with the “body of a buffalo and head of a crocodile” appeared.

Despite being born from a buffalo, the mysterious animal has a scaly reptile-like skin and crocodile-shaped head. Upon closer inspection, the animal has a body, limbs, and hooves resembling that of a calf.

According to a report by local website Rath, the strange creature died soon after birth in High Rock, Wanghin in Thailand. Apparently, the buffalo previously gave birth to a litter of healthy calves.

An odd-looking creature has baffled villagers in a remote area in Thailand. 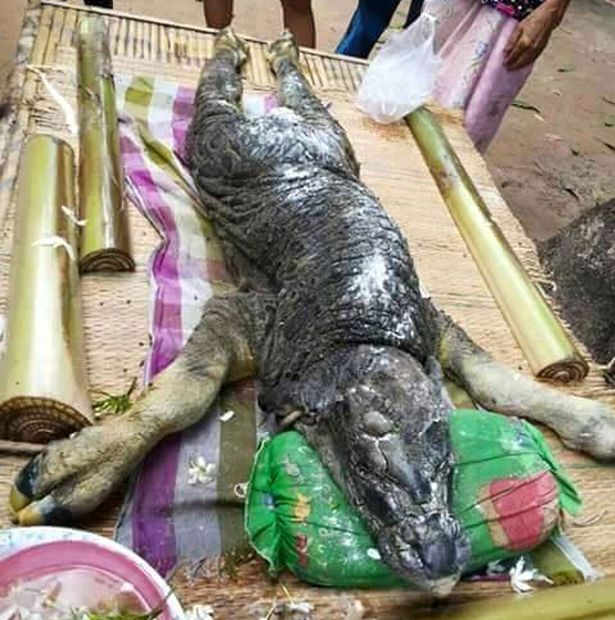 Several photos of the odd-looking animal laid out on a table as crowds gathered emerged online and has left Internet users bewildered.

Local villagers believe that the strange creature will bring them good luck. 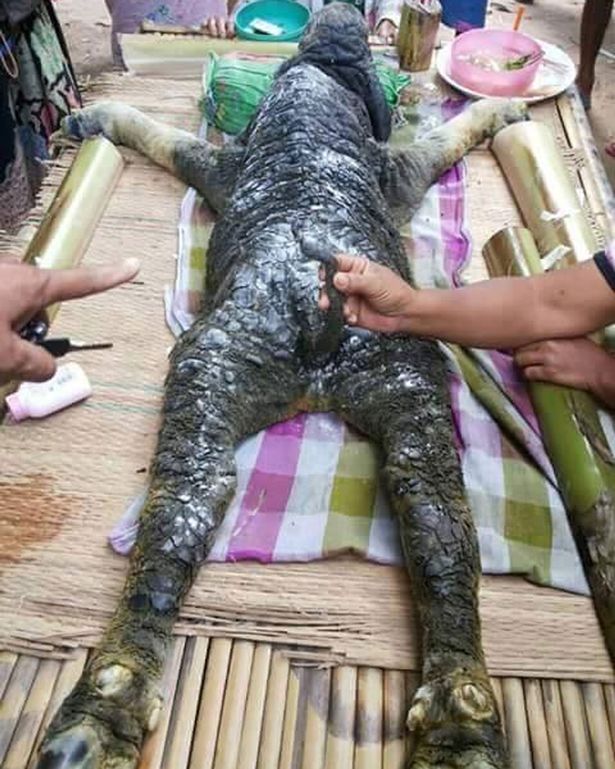 Although no one has provided a possible explanation why such creature exists, local villagers believe it will bring them good luck.