This Muay Thai fight is so intense even the referee ended up getting knocked out! Chinese fighter Gou Dakui recently made headlines after he accidentally hit the referee during a match against his opponent Super X Sitsontidech after throwing a brutal face kick.

Talk about a literal double knock out! According to reports, the Max Muay Thai fight recently happened in Pattaya, Thailand. And man, the attack sent both the opponent and the referee down to the canvas.

It’s definitely not easy being a referee. 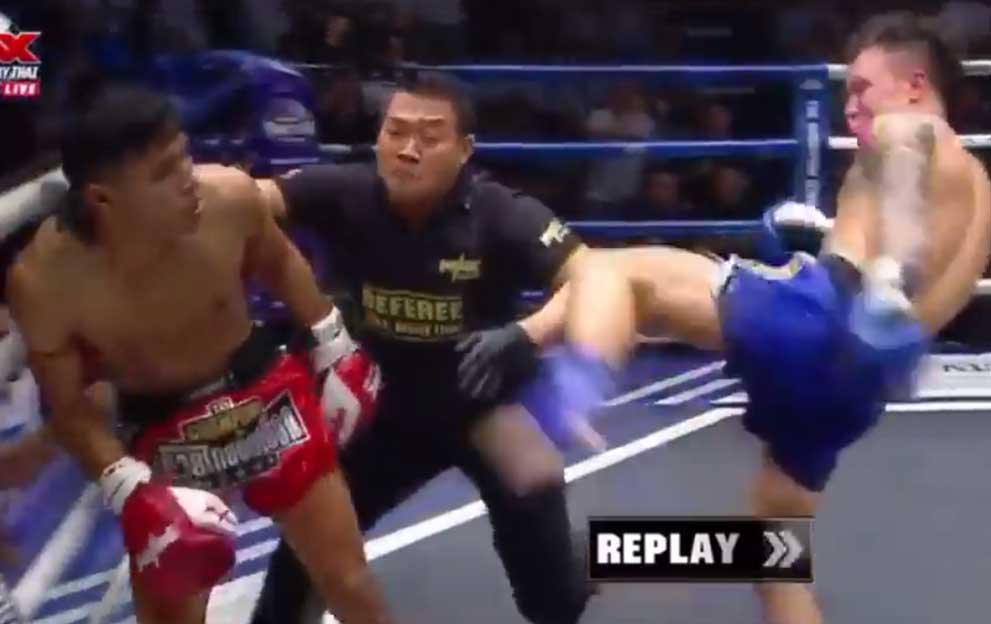 As you will see on the video, the referee tried stepping in most likely to protect Super X, who has been badly hit by Gou’s right hook during the second round. Unfortunately for the poor official, his face got in the way as the Chinese fighter released a kick for his opponent.

Both the audience members and the TV commentators were shocked with what they saw. 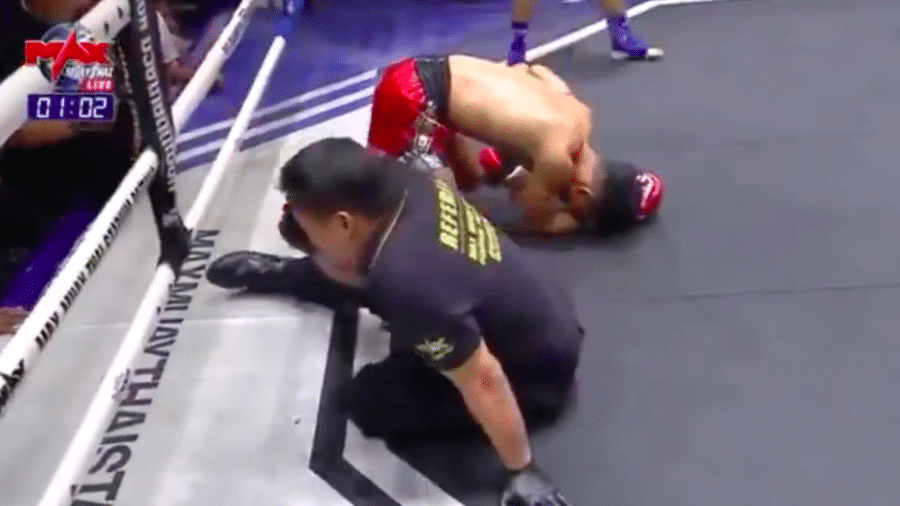 One of the commentators blurted out:

Even Gou himself was surprised by everything. We immediately see him kneeling down, apologizing to both Super X and the referee. Meanwhile, another referee “stepped into the ring to call the fight over after Super X was unable to continue the fight,” according to a South China Morning Post article.

Naturally, clips of the fight eventually went viral as it made rounds on social media.

SCMP likewise reported that Guo’s record “improved” to 21-9 while Super X dropped to 60-32 after “being knocked out by his previous four opponents” before facing the Chinese fighter.