On July 16, an Alaskan mountain goat was seen walking along the harbor of Seward City, Alaska. The area is described as a bustling metropolis. However, wild animals sometimes wander into it. Although residents have encountered the occasional bear porcupines, and moose — mountain goats are a fairly rare sight.

While Alaskans don’t go into a picture-taking frenzy at the sight of wildlife, it’s a different case with tourists. Unfortunately for the goat, there was a group of photo-crazy tourists in the area that day. There were also some local reporters on the scene, but they weren’t the ones who caused the goat to run.

The mountain goat was frightened by the frenzied tourists. 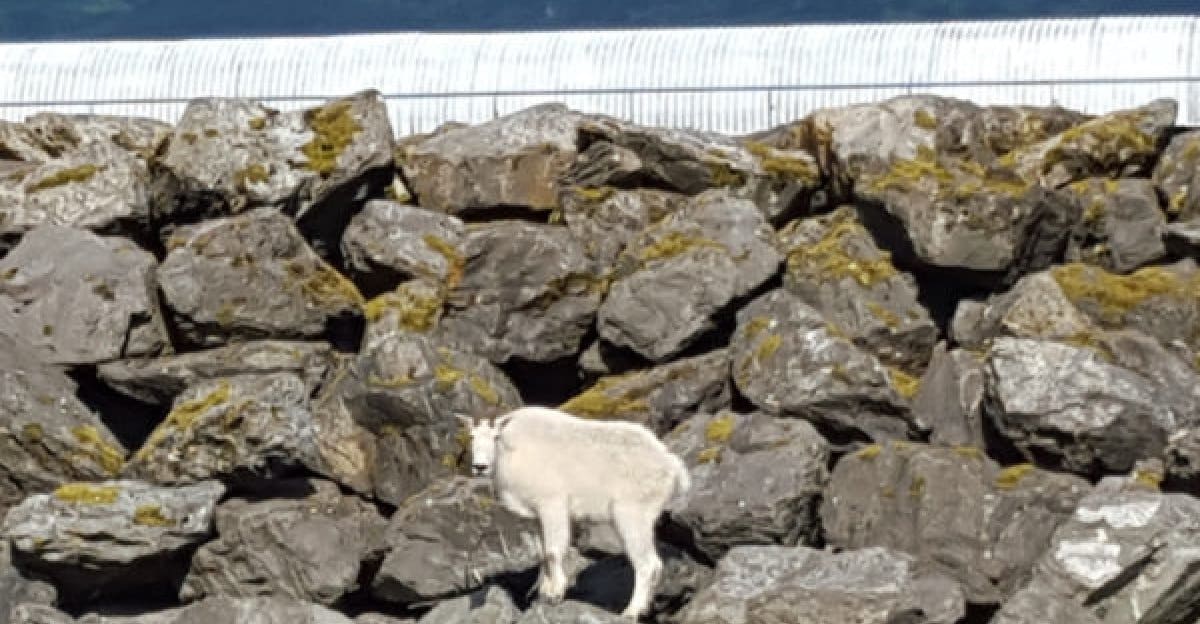 Thus, tourists launched their photographic assault of the goat. The goat got startled when he saw a crowd going towards him. Naturally, he made a run for it.

A woman said she saw the goat running wildly through a restaurant’s parking lot. “It seemed to be trying to find its way back into the wilderness,” she quipped to Alaska TV station KTUU.

Seward police received a report that several people were harassing a mountain goat. The caller indicated that the animal was being pursued by the crowd towards the south end of the Seward Harbor breakwater dike. So, the cops quickly went there.

The mountain goat ran on the rocky harbor. 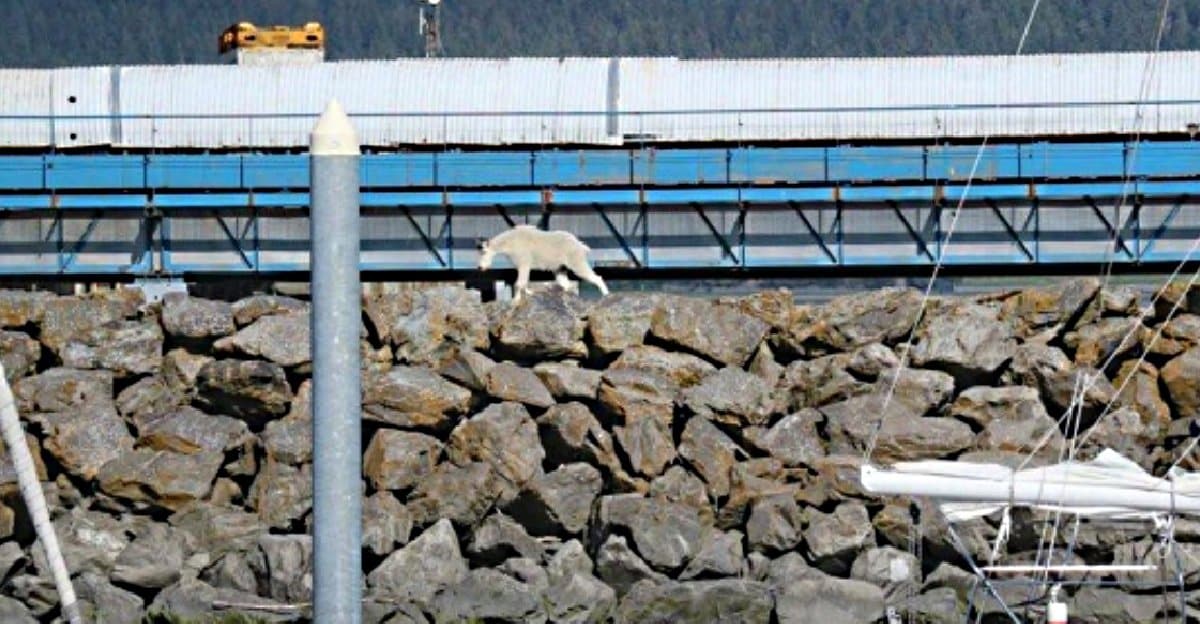 However, when the police arrived on the scene, the mountain goat was already gone. Then, about 30 minutes later, they got another report about the goat. This time, they were told that the animal had jumped into the ocean. It had been spotted swimming in front of the Alaska SeaLife Center.

The goat swam around for a while. It looked like it wanted to go back to the rocky shore. Then again, the tourists had gathered there and reportedly refused to stop taking photos. This was why the goat was afraid of going back to the shore.

This video was taken seconds before the goat jumped into the ocean.

The Washington Post‘s Bean Guarino summed up the animal’s tragic death: “Cornered in the water, the goat drowned.” The goat’s carcass was later retrieved by a passing boat.

Wildlife expects later said that animals who are not in their natural habitat must be given ample space to move. Otherwise, they will feel threatened. The mountain goat died needlessly — all because a bunch of tourists wanted to take photos.