What would you do if a massive 7.0 earthquake suddenly begins shaking your house? One father decided to run barefoot out into the show to save his child. In his rush to bring his daughter to safety, he left his wife alone in the house. Needless to say, his actions have sparked an unusual online debate.

The video taken in Anchorage, Alaska shows the young father sitting in the dining area with his daughter. The peace is immediately shattered when the house begins shaking. The man immediately switches to Dad-Mode, grabbing his child and rushing out of their home. He is in such a hurry that he neglects to put on his shoes and ends up standing in the snow barefoot. 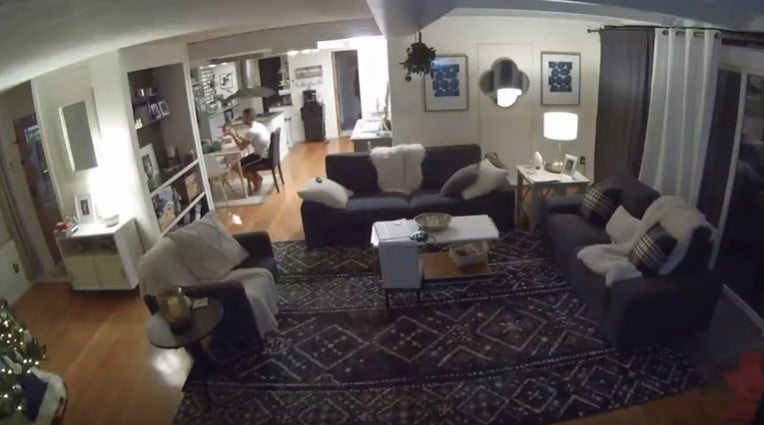 As the house continues to shake, it is revealed that the dad and his daughter are not alone. A woman is shown running out from one of the rooms and joins them outside. The man hugs his wife as they stand just outside the front door.

People had interesting comments about the man’s actions. Some thought it was hilarious that he left his wife alone in the shaking house and simply fled with their daughter. However, others pointed out that he did the right thing by acting as a parent.

“I would have done the same thing. His wife is an adult. And unless you have a kid you won’t realize that everytime a parent will save their kid first. Nobody else matters,” one comment read.

Netizens say it is dangerous to go outdoors during an earthquake because of falling trees or power lines.

Although most people praised the dad’s heroic moves, some were quick to point out that he made a mistake by running outside. It is always best to stay indoors during an earthquake and taking cover under a desk or table.

Alaska was hit by a magnitude 7.0 earthquake on November 30. Since then, there have been thousands of aftershocks recorded between 2.0 to 4.0 magnitude.