Are you the type of person who prefers cold winter nights over blazing hot summer days? If you answered ‘yes’ then this city in northern Alaska with only about 4,000 residents is probably perfect for you.

Formerly known as Barrow, the town of Utqiagvik is currently experiencing sun-less days and reports are telling us that they won’t see any sunlight starting last November 18, 2018 when it set – until it rises once again come January, 23, 2019.

The natural phenomenon is actually called ‘polar night’ and it happens when Earth tilts away from the sun’s most direct radiation. 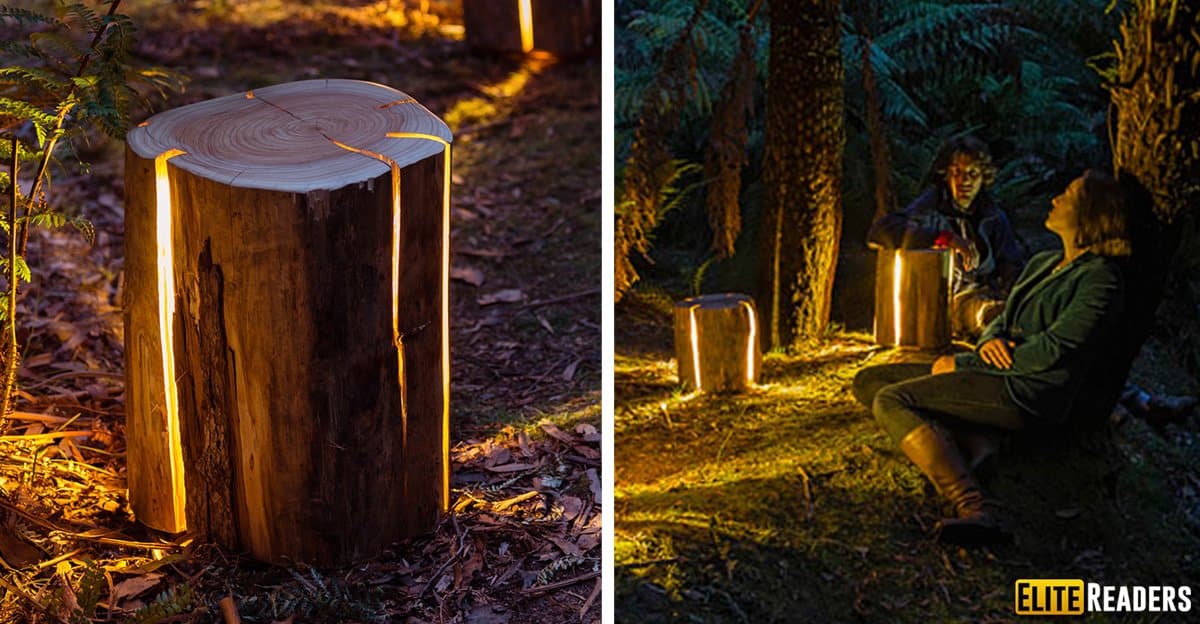 In a CNN report, we learn that polar night is a “common term in places that don’t experience sunrise for more than 24 hours.” 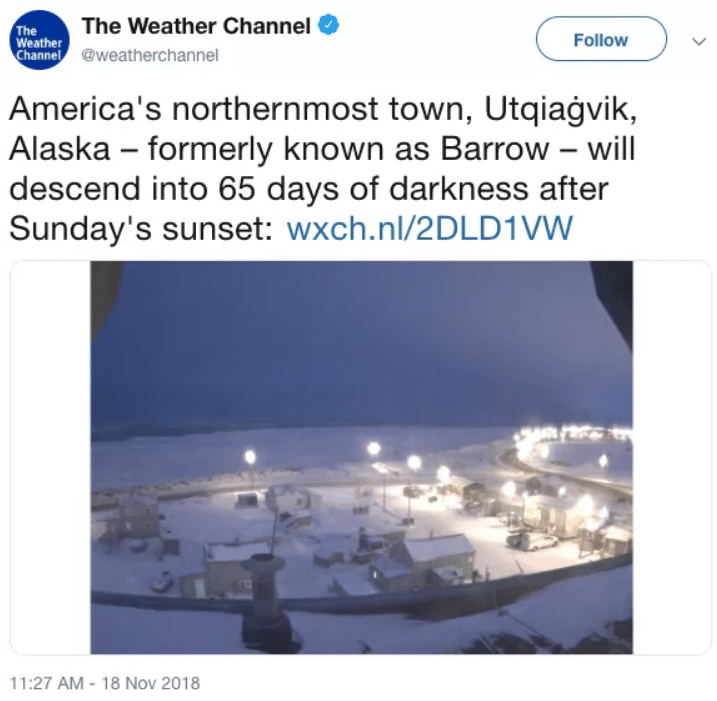 “This happens every year. If you live above the Arctic Circle, there will be a day when the sun sets for the rest of winter. The good news? It will return and then during the summer when it won’t set for days.”

Of course, it should be noted that Utqiagvik isn’t exactly the only town in Alaska that experiences polar nights. In addition, Kaktovik, Point Hope and Anaktuvuk Pass residents also get sun-less days for at least 1 to 2 months. It is, however, the most popularly associated with the phenomenon because of its far north location. 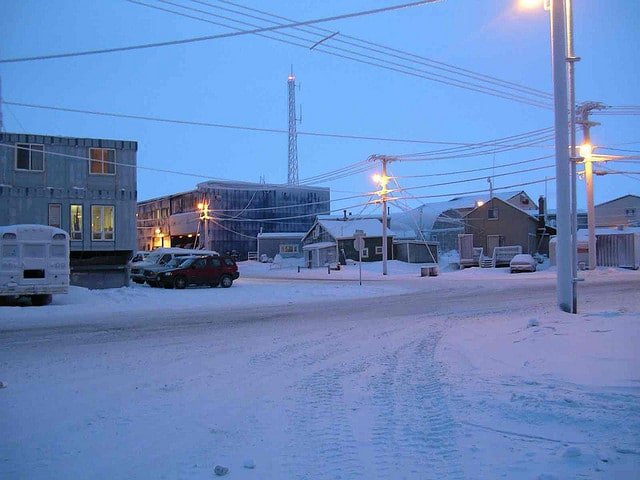 Meanwhile, a Weather Channel feature clarifies to us that Utqiaġvik and other areas in the Arctic Circle will not entirely be dark during the entire peroid. “Civil twilight, defined as the point when the sun is 6 degrees below the horizon, allows sufficient light to see objects outside,” the article said. “This civil twilight period is about 6 hours long near the beginning and end of polar night but shrinks to about 3 hours in the heart of the polar night just before Christmas.”

Sounds like your type of place? Well maybe you should go check it out for yourself!