Even though there’s no Rushmore depicted in the famous sculpture, the Rushmore name comes from a prominent New York lawyer during an expedition in 1885. Mt. Rushmore’s primary intent was to increase tourism in Black Hills, South Dakota.

The project was approved under the term of Calvin Coolidge. It was started in 1927 by lead sculptor Gutzon Borglum and was finished in 1941 with no casualties.

Gutzon Borglum and his team undertook the project to carve out Mt. Rushmore. 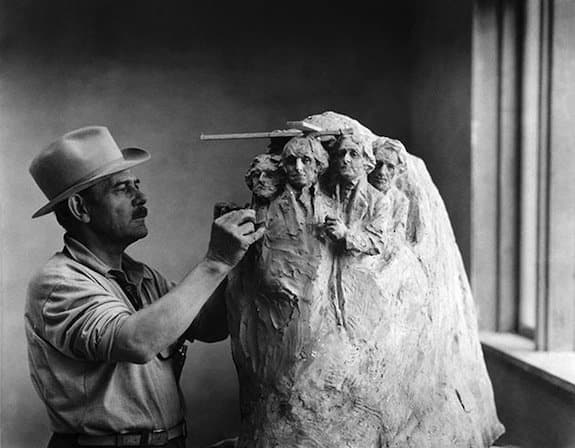 Borglum already had an original design but it was changed to move the face of Lincoln and Jefferson to a less vulnerable area of granite. This is the same spot where Borglum intended to include an 80 by 100-foot inscription in the shape of the Louisiana Purchase.

Instead of the inscription, Borglum decided to put a different but equally grand addition: the Hall of Records.

The Hall of Records was supposed to include a grand entrance carved directly onto into the granite behind Lincoln’s head, with 800 granite steps leading from his studio to the entrance of the hall.

However, the project ran into several hurdles. The granite was unexpectedly hard, the threat of was was looming in Europe, and there was a lack of funding. By 1941, they had already dug 70 feet into the granite but then Borglum unexpectedly died. The project was then deemed complete and no further work was made.

By 1941, they had already dug 70 feet into the granite, but then Borglum unexpectedly died. 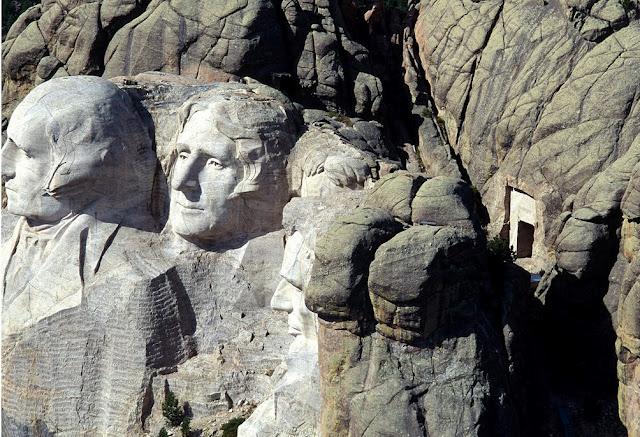 Later on, Borglum’s children would try to renew the project. It was only in 1998 that the National Park System and Borglum’s family came together to put finishing touches on the Hall of Records.

The unfinished hall was fitted with a titanium vault and filled with 16 porcelain enamel panels that include numerous important historical documents such as the United States Constitution.

Today, the Hall of Records can be seen in west-facing aerial photographs of Mt. Rushmore.