25-year-old Andrew Wilkins came back from a five-week vacation and found his car unable to work properly. The gear stick was stiff and it was difficult to change gears. Concerned with his vehicle, he took it to the PTA garage so the mechanics can have a look. To his surprise, the cause of his car troubles was the work of a squirrel – it filled his car to the brim with acorns!

Wilkins, a real estate agent from Reigate in Surrey in South East England, was tidying his Volkswagen Golf before handing it over to the mechanic.

When he opened his glove compartment, he made a startling discovery. 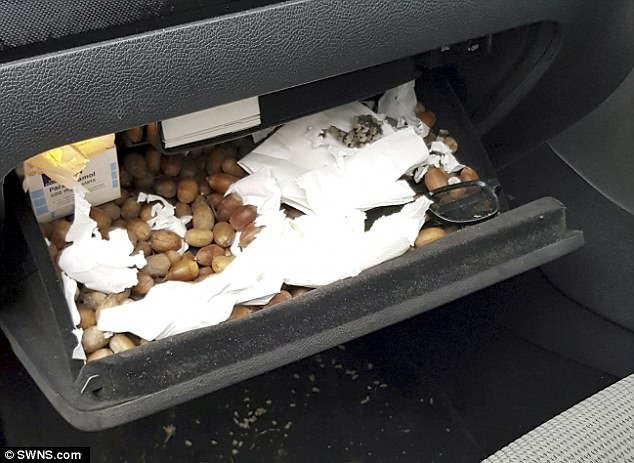 “I opened the glove compartment and it was brim full of acorns.

“I hadn’t opened it since I had been back but I went to put a pair of sunglasses in there and when I opened it, eight acorns fell out. You can imagine my surprise.

Wilkins and his girlfriend Jen were away for a five-week vacation. 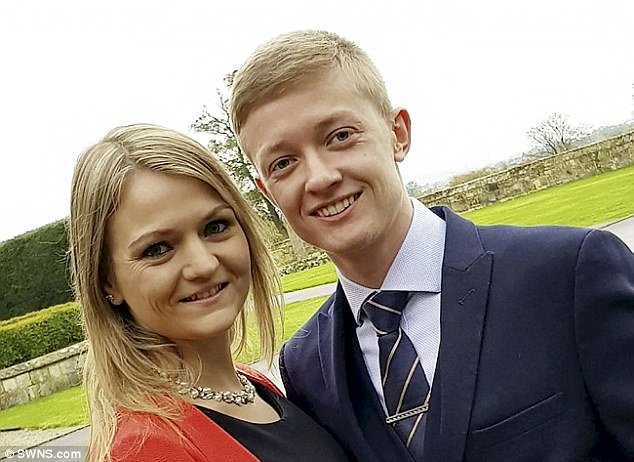 Before that, he left his car at Jen’s father’s house near Crawley in Surrey.

The mechanics at the PTA garage in Oxted, Surrey all gathered around the car and started to laugh. 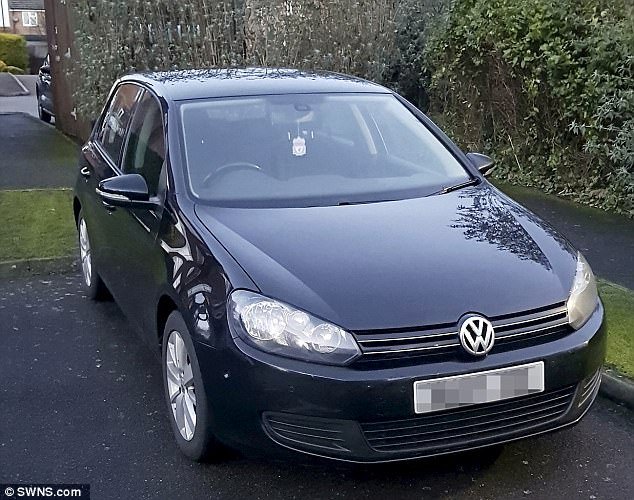 The gearbox, glove compartment, and the inside of the bonnet was totally stuffed.

Turns out Wilkins’ car was filled with acorns, courtesy of a squirrel just like this one who turned his vehicle into a winter storage for hundreds of acorns. 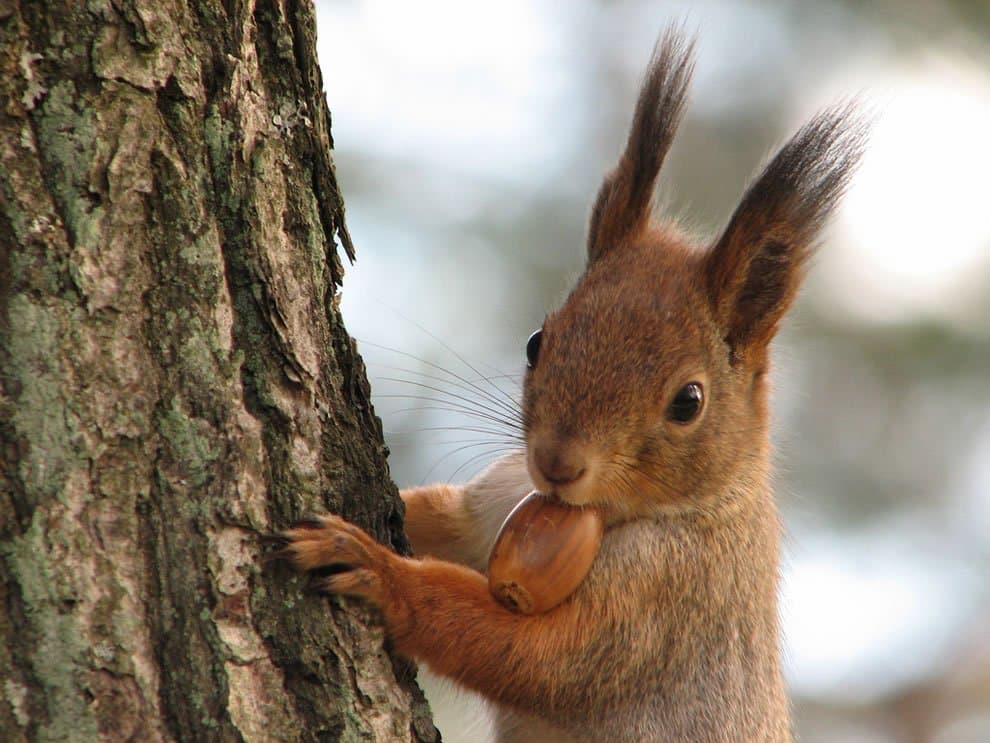 Half an hour after Wilkins turned over his car to the garage, he received a call from the mechanic, who gave a rather hilarious verdict.

“I got a call an hour later saying the car was stuffed full of acorns.

“The reason I couldn’t change gear properly was because they were absolutely everywhere.

“They were behind the trim – under the bonnet and inside the gearbox assembly.

“Underneath the bonnet there’s sound proofing and that had been torn apart. There were probably 100 acorns. It was literally full to the brim.”

Aside from that, the mechanics discovered a dead rat inside the vehicle’s bonnet. The garage charged Wilkins £168 for repairs. It took them two hours to remove the acorns and the dead rodent.

Wilkins’ car was repaired, although he felt a little bad about the acorns. “I had some squirrel squatters for a month. I feel bad – I ruined their winter and all their hard work,” he said.