Sometimes, a great hero emerges when you least expect it. The man who once took on Hurricane Matthew by headbanging against the strong winds has decided to take on Hurricane Florence. This time, Florida Man had to travel 300 miles just to wave the American flag in the face of the powerful storm.

Lane Pittman rose to fame as “Florida Man” when he posted a video of himself headbanging to Slayer’s “Raining Blood” on the streets as Hurricane Matthew raged on in 2016. Pittman had every intention to face Hurricane Florence although Florida was relatively safe from the storm. To do so, Pittman had to start a GoFundMe page so he could fight Florence in the most awesome way possible. 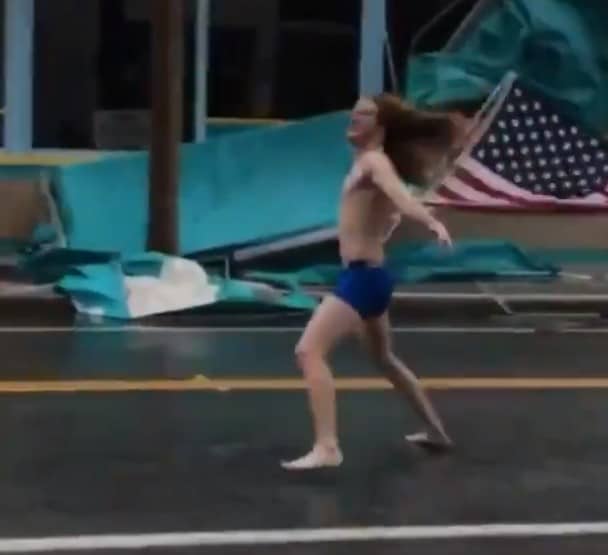 The GoFundMe was successful so Pittman traveled from Jacksonville Beach to Myrtle Beach, South Carolina. He found an ideal location in front of a pizza place, donned his bright blue shorts, and wielded the American Flag to taunt Florence.

Pittman posted the video on Twitter where it immediately earned over 16,000 likes. Not surprisingly, people were eager to support Florida Man as he “slayed” Hurricane Florence over the weekend.

“Once a fluke. Twice a start. Third time, you are now legend. In future times, they will speak of the strange man who stared down at the face of hurricanes,” one netizen wrote.

The strong winds couldn’t stop Pittman from taking on the hurricane. 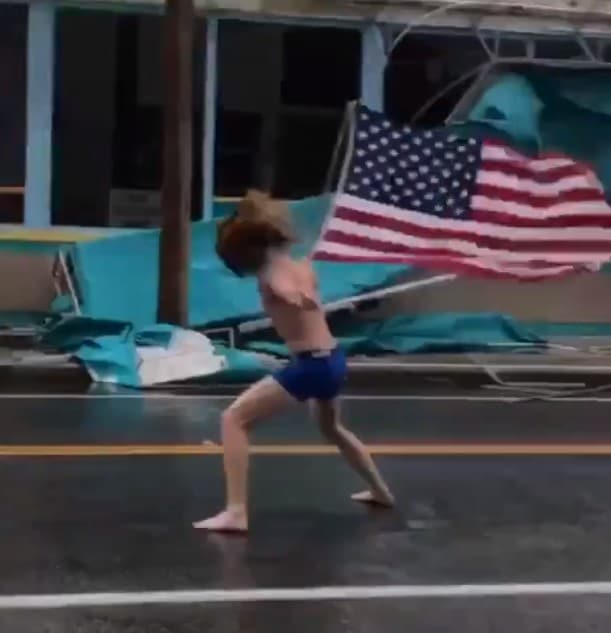 People were understandably thrilled to see one man fearlessly take on a hurricane that was expected to have a devastating effect of several states. Some even believed that Pittman’s efforts would single-handedly defeat Hurricane Florence.

Hurricane Florence is still raging in North Carolina although the winds are now weakening. It looks like Pittman may have done a great job defeating yet another hurricane.