Residents in a quiet neighborhood in South Carolina are on the edge after their children told them that a group of clown-wearing punks are attempting to lure the young ones into the forest.

Sounds a bit like a creepy Stephen King novel, right? But believe it or not, this report is real enough to force police officers to launch an investigation in the area. 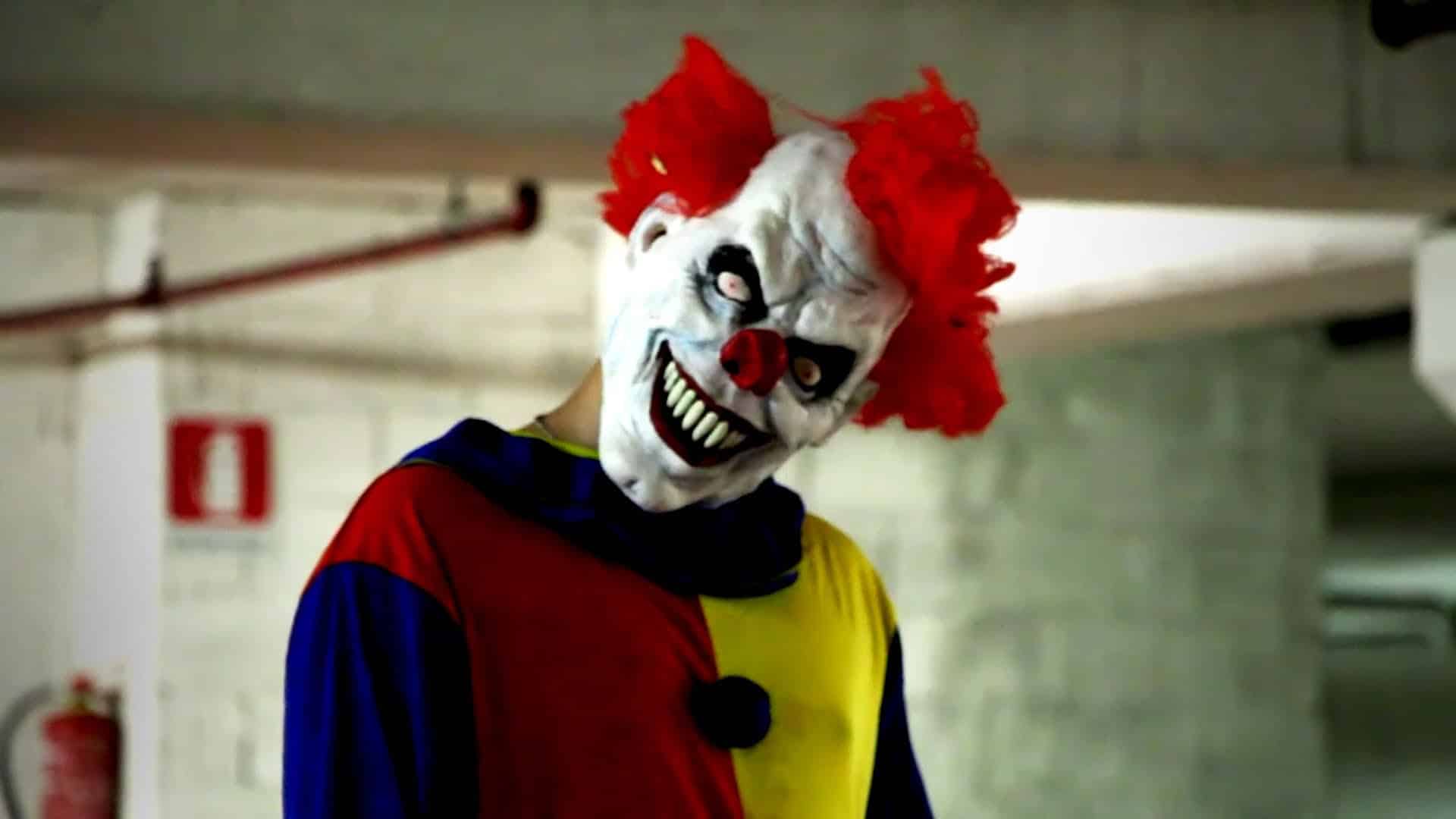 According to the Huffington Post, the sightings began on August 19 when one of the residents told the police about what her son had experienced.

According to the child, the clowns were “whispering and making strange noises” in the woods close to the area, possibly to pique the interest of anyone near enough to hear them.

The parent, whose name was withheld, also claimed to have seen green laser lights flashing nearby on the evening of the same day. She also saw the clowns running into the woods after seeing the laser lights. Kids who saw them believe that the clowns live by a pond in the woods.

The following sighting was on August 20 at around 2:30 a.m. local time. Another resident said that she saw “a large-figured clown with a blinking nose, standing under a post light near the garbage dumpster area,” per a police report gathered by the Huffington Post.

Children told police officers that the clowns were trying to convince them to enter the forest by showing “large amounts of money.” Since then, the South Carolina police launched an investigation on the matter. 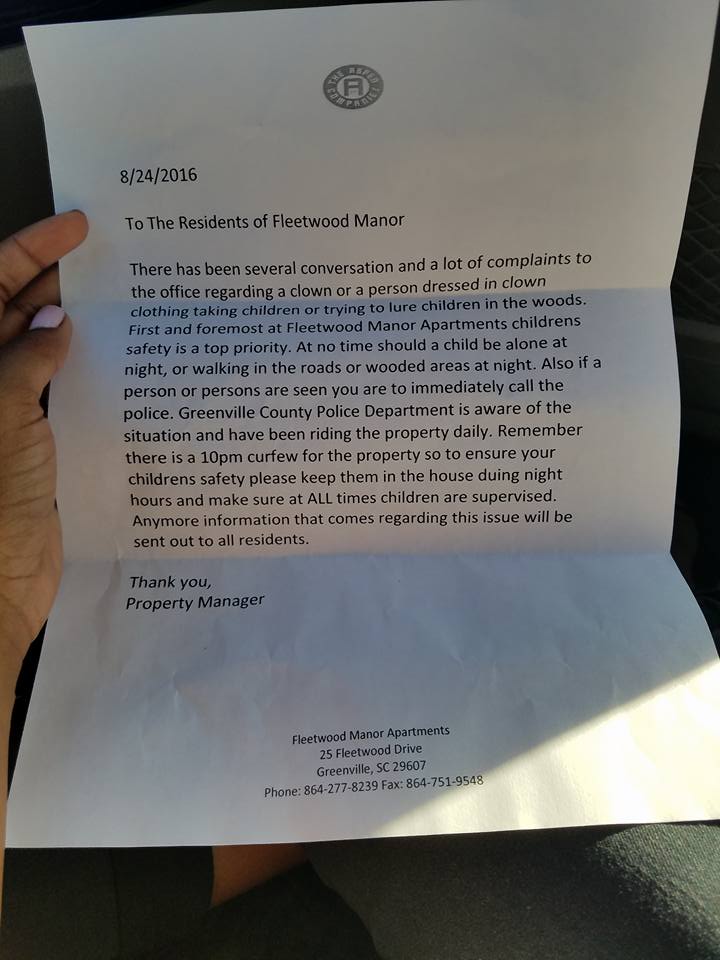 Meanwhile, the property manager of the Fleetwood Manor apartments released a warning for the residents to stay alert and keep their children within their line of sight at all times.

“There has been several conversation (sic) and a lot of complaints to the office regarding a clown or person dressed in clown clothing taking children or trying to lure children into the woods,” the warning letter reads with an additional reminder of the 10 p.m. curfew in the community.