The slingshot is probably one of the scariest rides at the amusement park. Two passengers are propelled more than 300 feet up in the air at around 100 miles per hour. It’s not for the faint of heart. Now sexist ones will tell you that the slingshot is more of a man’s ride and that women may not be up for the challenge of being ejected vertically.

This video says otherwise because dude practically lost his manhood when he rode the slingshot with his girl; up there in the air, HE practically lost it while his girl seemed to enjoy it more than he did!

The hilarious video started with the couple nervously waiting to be ejected up into the air. 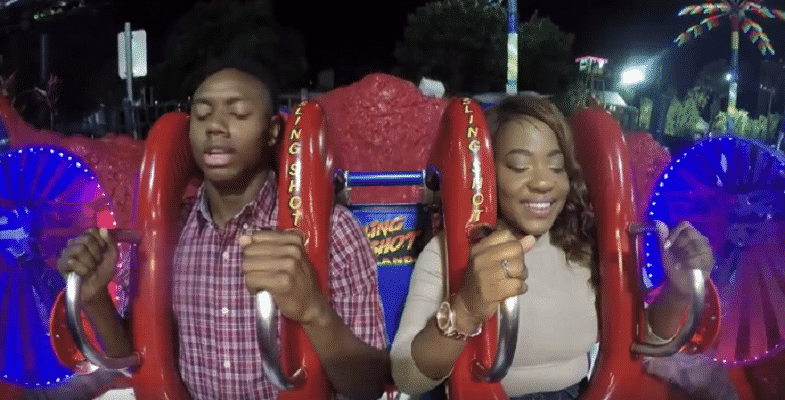 Both of them were very anxious and it’s obvious that it was their first time to try the slingshot. 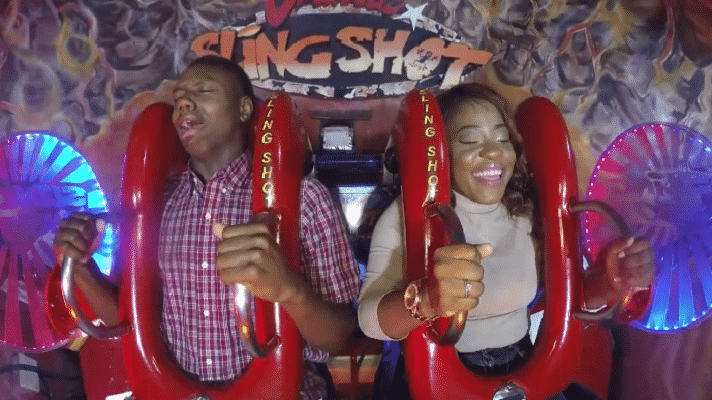 But the ride’s operator interrupted their mental prepping; he told the couple that their seatbelts were loose and they needed to tighten it. 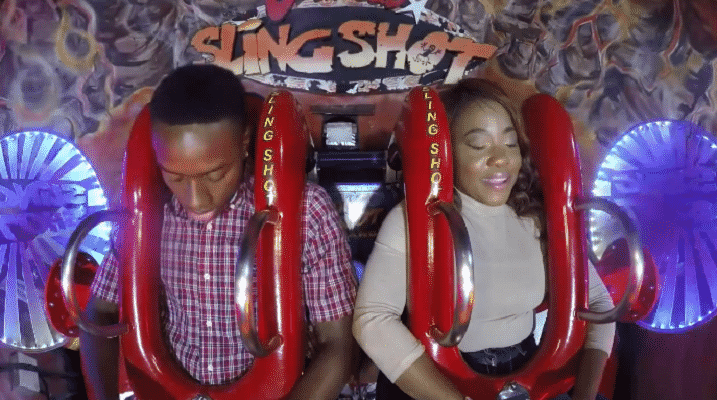 The two scrambled to fix their seatbelts and while they are still in the process of tightening it, the slingshot suddenly started and caught the couple totally unaware; they were mentally unprepared as they were hurled up in the sky! Both of them screamed and yelled for dear life, but it was the dude’s reaction that made the whole thing so hilarious.

His hands clawed the air as if warding off death and he screamed “Mommaaaa!” over and over again. 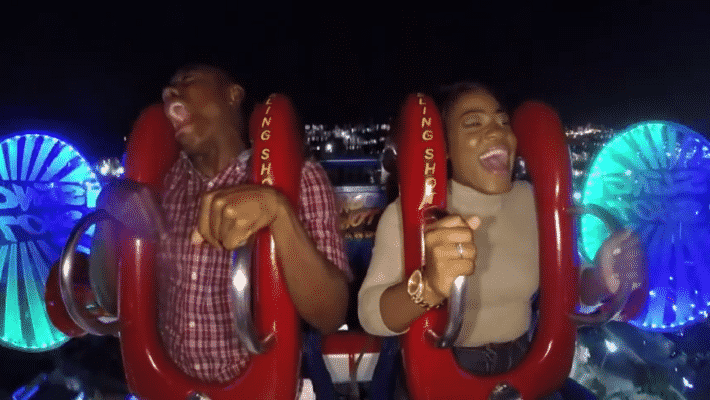 His girl, on the other hand, got over her screamfest faster and was actually laughing and enjoying the rush of height and air!

To add insult to injury, the girl casually remarked “That’s when you know you have a sturdy wig” while her man was still gathering his wits and shattered dignity. 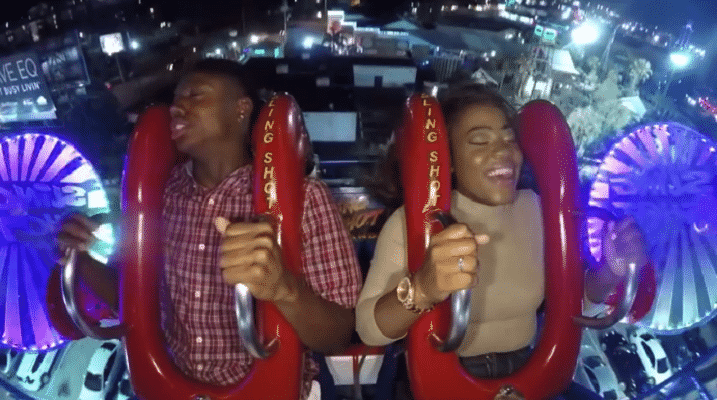 Some said the dude actually passed out during the ride; that would have made things even more hilarious than it already was!

So guys, the next time you take your girl for a ride up the slingshot, make sure that you can really take it or you will have to hand over your man card when it’s all over!