A man in China just cannot let go of his love for his deceased wife. As a result, Mr, Gui Junmin donated his wife’s corpse to a “life preservation project” in a collaboration with Yinfeng Biological Group, Qilu Hospital Shandong University and the United States-based non-profit organization Alcor Life Extension Foundation.

Gui’s wife, Zhan Wenlian passed away at 49 from lung cancer. She was pronounced dead in May 8, 2017 and was then preserved. Mr. Gui said that his wife agreed to the procedure before she died although they were informed of slim chances of being revived.

The 49-year-old Chinese man said he just could not let go of his wife and doesn’t want to see her being cremated. The widower also said he believes that she is just sleeping or has gone somewhere to rest for a while.

According to a KickerDaily report, Ms. Zhan’s body was then stored in a liquid nitrogen at minus 196 degrees Celsius by the Yinfeng Biological group. The body is now stored in a 2000-Liter tank in a cryogenic institute in Shandong Province. 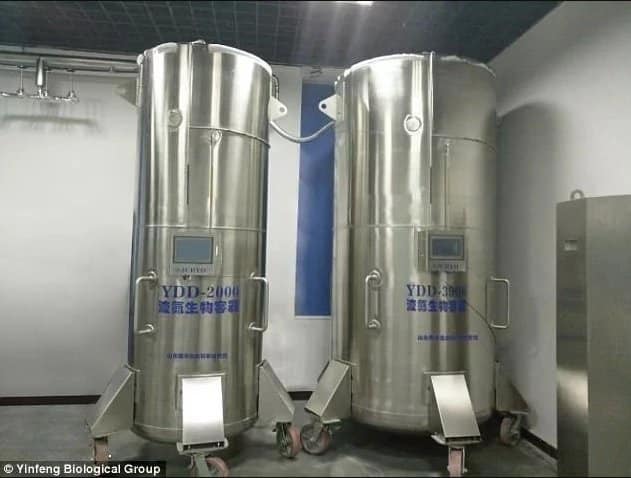 The experts revealed a part of the procedure stating they injected chemicals like blood thinner and antioxidants in the corpse within two minutes of Ms. Zhan’s legal death. These chemicals are for the purpose of preventing the dead’s blood from clotting. Later on, ice salt water was pumped into the body to help it cool down.

Experts of Yinfeng Biological Group waited for her death at Ms. Zhan’s ward for the procedures. 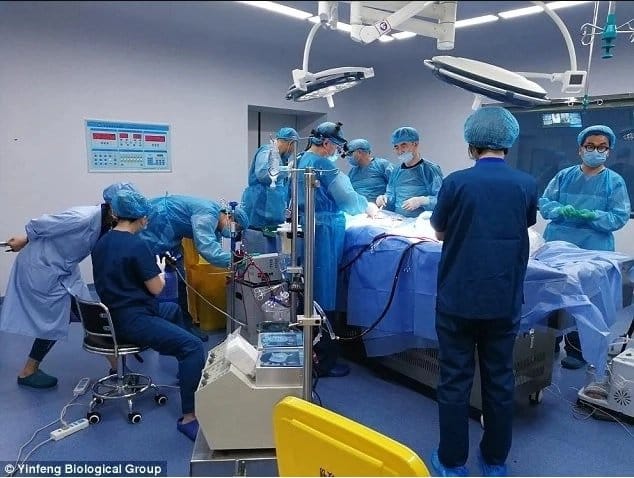 A breathing apparatus and CPR were then attached to the body to continuously circulate her blood and to supply her with oxygen. The body was then transported to the Yinfeng Biological Group Laboratory within 13 minutes of Ms. Zhan’s death. The experts cooled down the body further and replaced her blood with a solution that will preserve her organs.

After 10 hours, the body’s temperature already dropped to minus 190 degrees Celsius. The corpse is not maintained at minus 196 degrees Celcius, hoping they’d succeed to revive her in the future.

Experts bowed before Ms. Zhan’s body after the procedures. 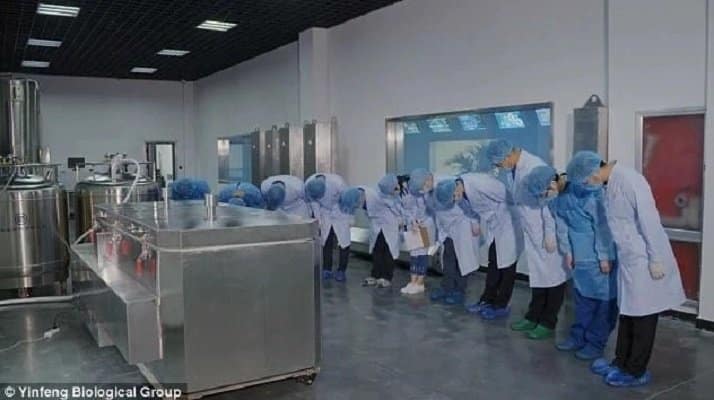 The cryopreservation of Ms. Zhan was the first in China and it has cost over one million yuan (over $150,000). However, the expense was covered by the Yinfeng Biological Group as the case becomes a sample of cryopreservation in China.

The widower said agreeing to preserve his late wife’s body would not only benefit his family, but would also contribute to the development of world medical technology. Although he is aware that the preservation might fail, Mr. Gui revealed that he is also planning to donate his body to the group. This is because he has high hopes that Ms. Zhan will one day come back to life and he doesn’t want to make her lonely when that happens.