For most of us, we wouldn’t dare reach out to a snake even with the use of a 10-foot pole, especially if the snake in question is the Cobra!

Known to be one of the deadliest snakes in the world, different cobra species are so venomous that it only takes as little as 0.2 milligrams to kill a person. Their venom is also fast-acting which can kill a bitten human in less than an hour, or even faster depending on the area of the bite.

So just imagine this guy from Malaysia catching an almost 6-ft long cobra using only his bare hands, a tree branch and a string. Crazy right?

The snake puts up a fight, snapping away at the man. 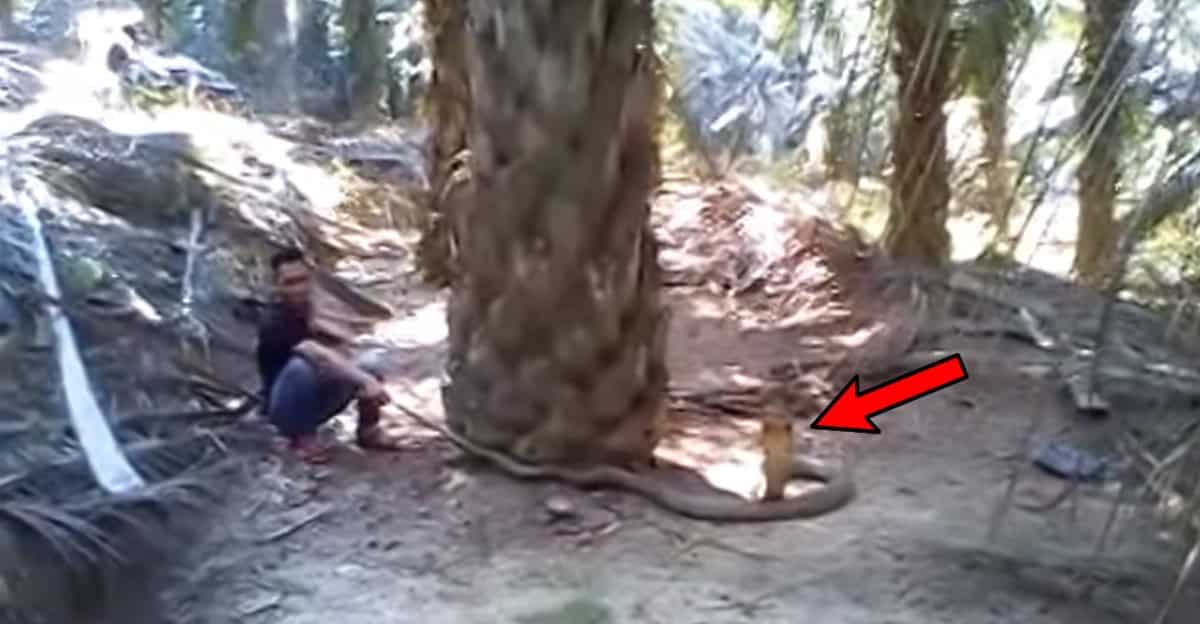 At the start of the video you can see the cobra feeling unsettled due to the man holding tightly on its tail. Holding the snake on its tail is part of the tactic to slow it down and control its movements while being as far away from its head as possible. The snake is oblivious at first and then tried to find out what’s happening in its surroundings. The action begins around the 4-minute mark of the video as the cobra began to make its move.

Skip to the 4-minute mark until the end and watch Man vs King Cobra!

The timing of the man and the guys helping him in the background is so impeccable. They didn’t want to startle the snake or agitate it as they lay down the branch and string to trap it. The guy also bravely lured the cobra to entangle itself in the branch trap and then luring it towards the string held by another man on the other side. Until the very end the cobra tried to put up a fight, snapping its head and jaws angrily. But in the end, the men won.