The natural world is full of wonders that the human mind sometimes can’t fathom. No amount of human labor and technology can create great works of art like Australia’s Ayers rock, the Grand Canyon, and ethereal Aurea Borealis. But there are some works of art by nature that might suggest that She has a sense of humor too!

Goblin Valley is a two by four-mile valley located in Emery Country between Green River and Hanksville, Utah. Its name comes form its numerous hoodoos – sandstone rocks that were eroded by the wind and water into the shapes of mythical creatures like goblins.

The Goblin Valley of Utah is known for its intricate rock formations. 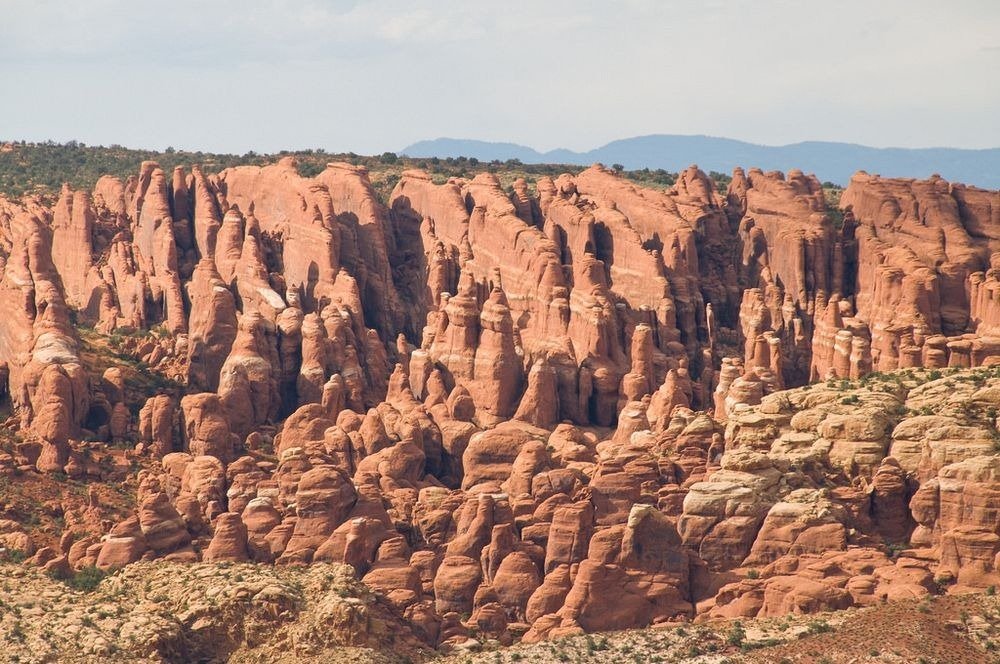 Of all the formations in the valley, there are three hoodoos that stand out. They’re the huge trio of goblin-like structures atop a narrow ridge. These striking figures look immense amid the flat, grassy lands that stretch for miles around them.

These three goblin hoodoos look like the mighty guardians of the valley. 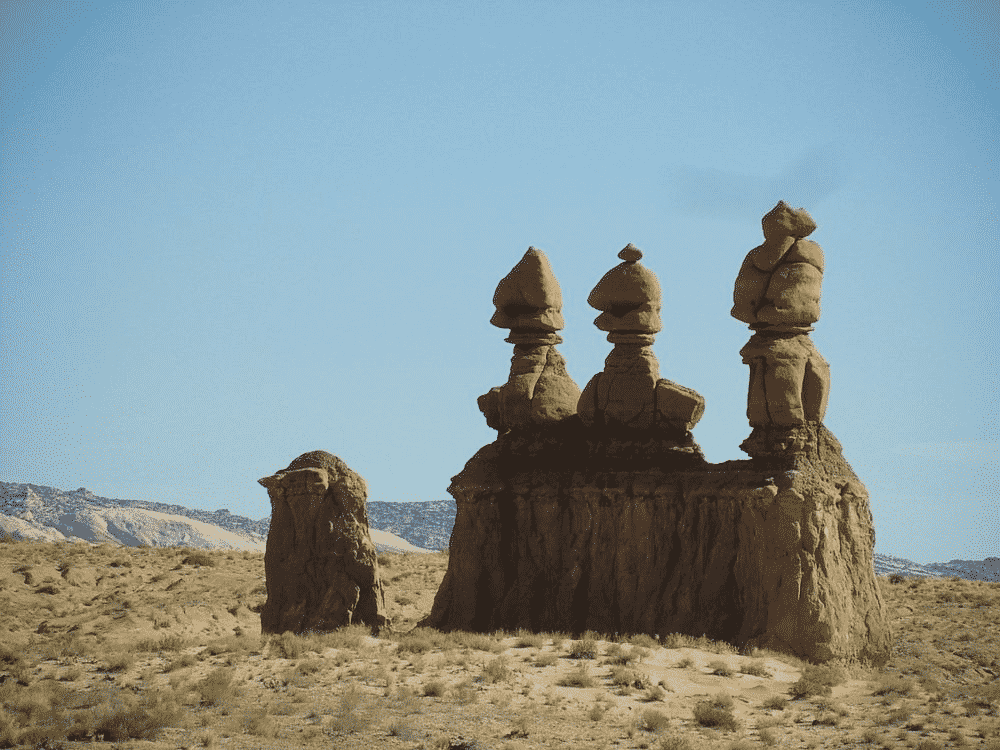 You might be wondering how nature could possibly plan out the creation of these goblins, but the explanation is quite simple. These goblins are made of Entrada sandstone, which was deposited during the Jurassic period around 180 to 140 million years ago. This sandstone was right next to an ancient sea.

The ancient sea surrounding these formations have long since dried up, leaving a vast valley of eroded rocks. 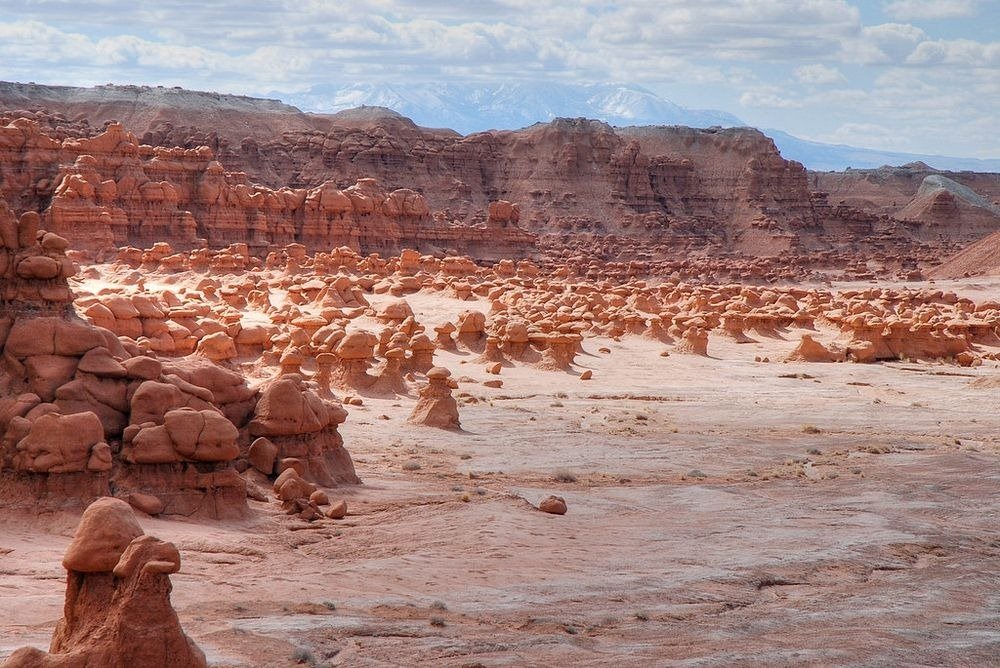 One feature of the Entrada sandstone is that it’s made up of layers of rocks, some easier to erode than others. The softer layers were eroded quickly, leaving behind the harder rock layers, which make up the shape of the goblins.

The rocks are made up of different layers that erode at different paces, making them look like they've been intentionally carved out. 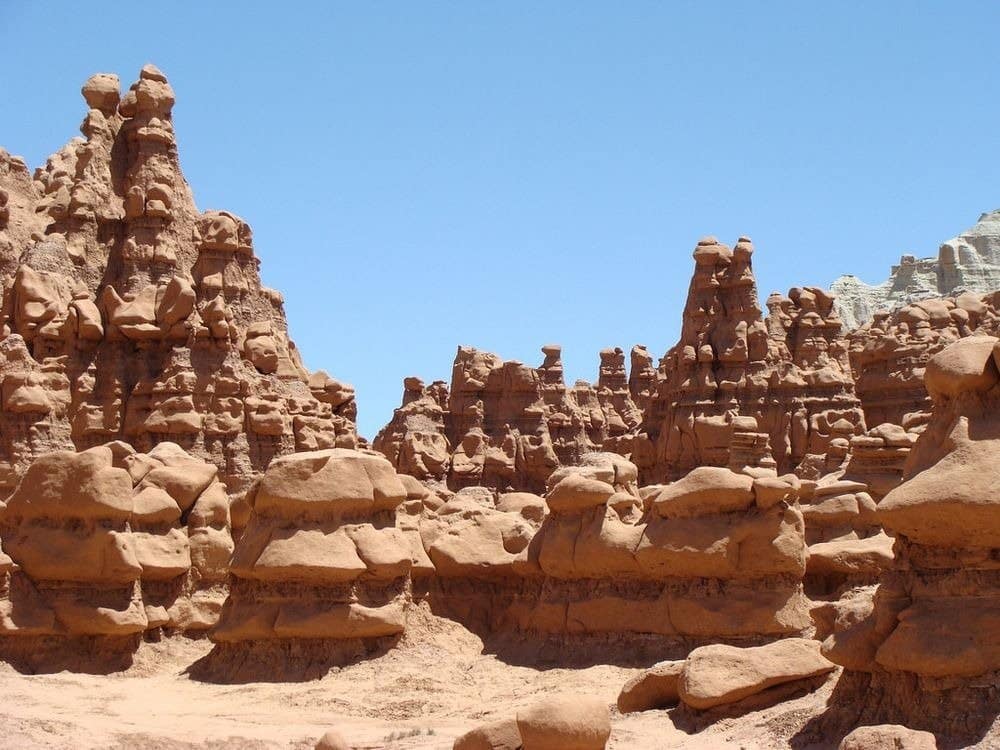 Goblin Valley is a secluded area, discovered only in the late 1920s by Arthur Chaffin and his crew. Arthur Chaffin was searching for an alternate route between Green River and Caineville, and that’s when he saw the strange goblin-shaped formations. He named the area Mushroom Valley. He went back to his discovery in 1949 and photographed the intricately sculpted rocks.

It's easy to see how Arthur Chaffin would think that these giant rocks were mushrooms. 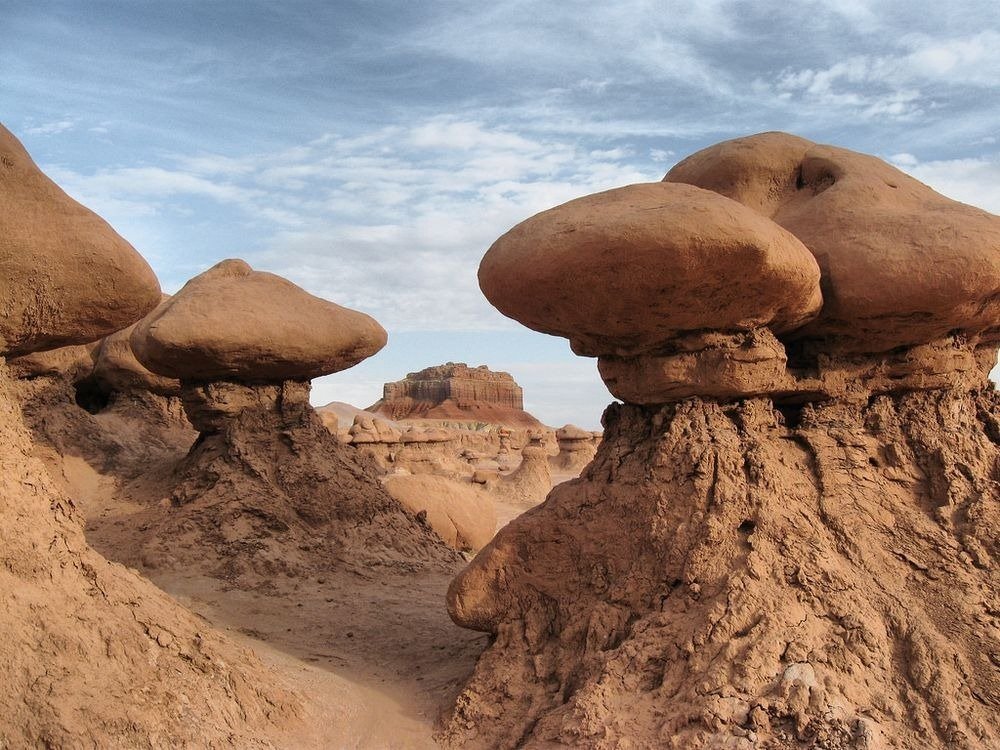 The property was later acquired by the state of Utah, and was dubbed the Goblin Valley State Reserve. It was officially recognized as a state park in 1964.