One unlucky lovestruck man in China had his heart broken after his girlfriend  of three years turned down his one-of-a-kind marriage proposal.

The 24-year-old man identified as Dong decided to woo the love of his life by creating two hearts entwined by an arrow out of her favourite fruit, lychees in the middle of a busy foot bridge.

Of course, the word “LOVE” had to be written somewhere in his labor of love.

Reportedly, the man from Xi’an spent 2,000 Yuan (about $322) for the fruits which are currently out of season in China. 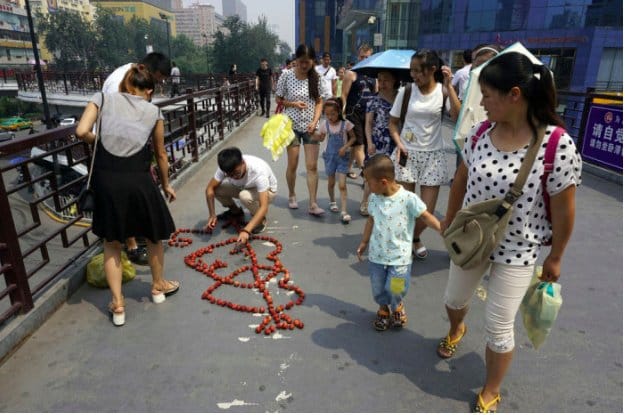 In front of his lady friend and several onlookers, Dong got down on one knee and said: “My dearest, I don’t have a house, a car or a lot of money, but I have true love for you. I can use it to provide you with happiness. Will you marry me?” 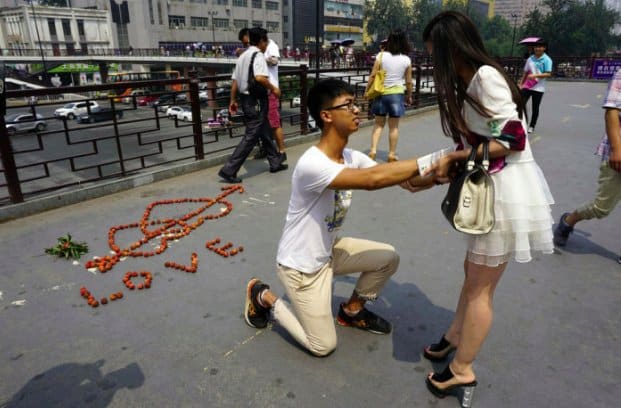 Unsurprisingly, it didn’t go as planned. 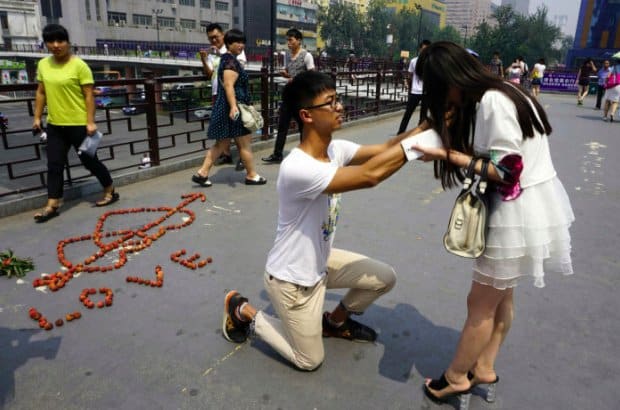 His unimpressed girlfriend picked up one of the lychees to eat and quickly left the scene. 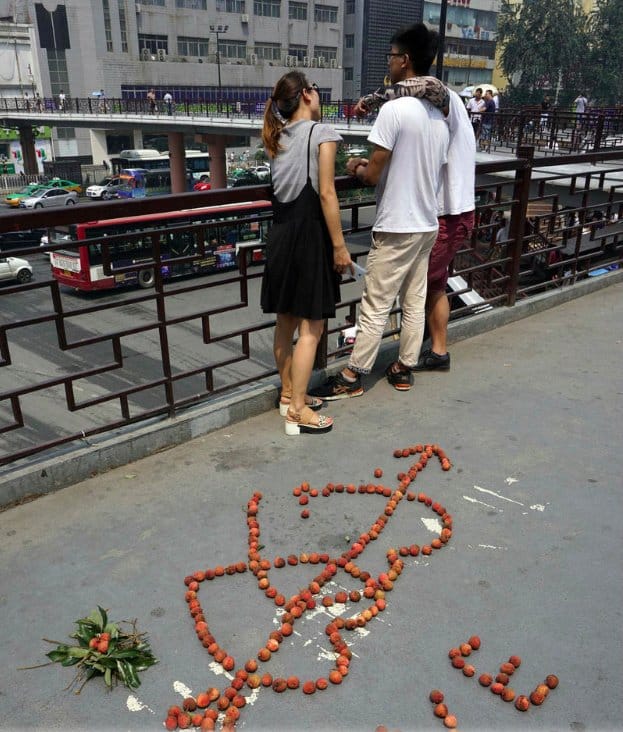 Dong later told reporters that his girlfriend rejected his offer for marriage thinking that they are too young to settle down. 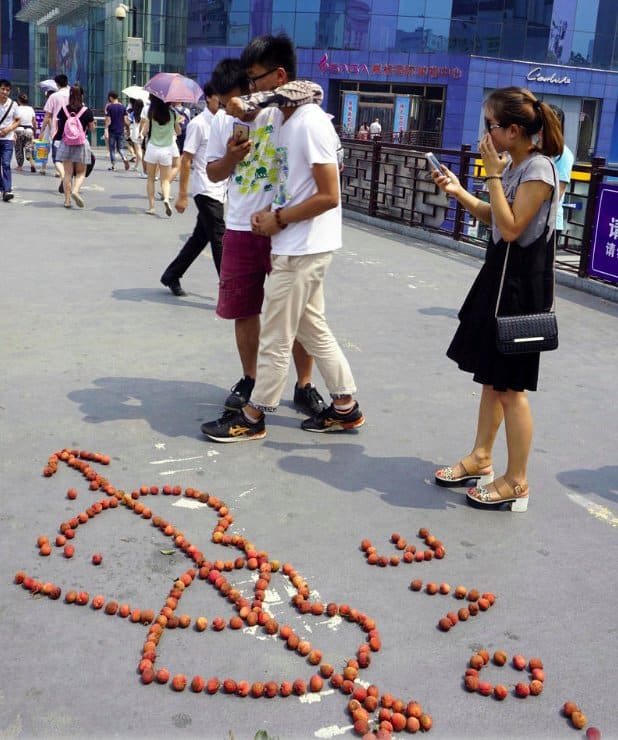 “My heart is bitter, but I will get her back. We are meant to be together,” an optimistic Dong told reporters. 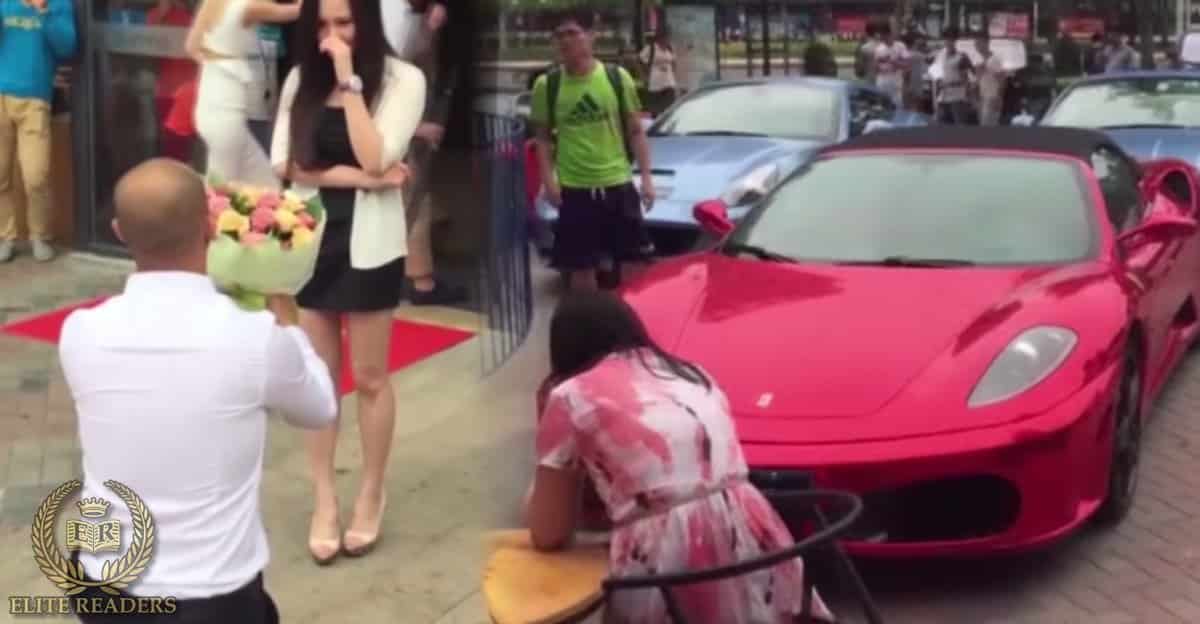