We’ve all heard of giant, colossal sea monsters in old books. As terrifying as the idea seems to be, they are actually inspired from real sea creatures that lurk in deep waters. They are totally humongous that just thinking of them will give us the creeps. But are they really that monstrous?

One of the most popular sea monsters is the Kraken. This legendary sea monster is said to dwell off the coasts of Norway and Greenland. The Kraken has been mentioned in novels like Moby-Dick and Twenty Thousand Leagues Under the Sea, and is said to have originated from sightings of giant squids in the ocean. The image of the Kraken is one of the most horrendous creatures that live under the sea!

During the 16th century – the heyday of discovering new worlds and brutally colonizing them – frightful encounters with deep sea creatures inspired ancient tales of sea monsters and the idea that the vast ocean harbored enormous sea monsters. From dragon-like sea creatures to colossal squids like the mythical Kraken.

Frightful encounters with deep sea creatures inspired ancient tales of sea monsters, such as the Kraken. 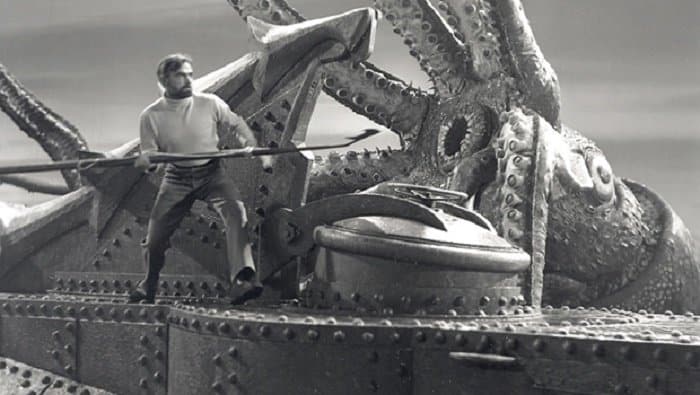 Russian fishermen recently filmed a giant squid that attempted to take away their catch. The video, posted in YouTube, shows the deep sea monster trying to eat a large fish the fishermen caught.

Sailors found a giant squid trying to get a hold of their catch! 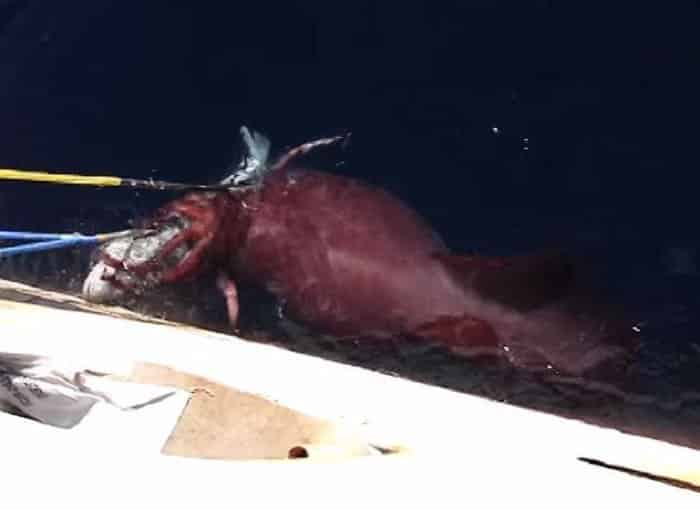 The sailors tried to save their catch from the massive predator by prodding it with a long pole. They seemed relieved when they succeeded in pushing the beast away after a brief struggle. The massive creature with menacing tentacles, larger than its intended prey, is clearly visible in the video.

The creature almost devours the fishermen’s catch before they were able to fend it off. 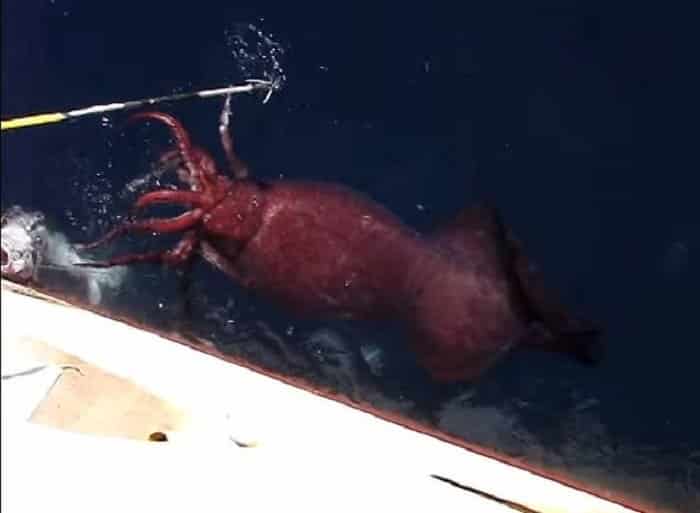 So what’s up with this colossal squid?

Giant squids dwell in the deep oceans and can grow for up to 10-13 meters long! Male squids actually have hooks on the tip of their long tentacles. 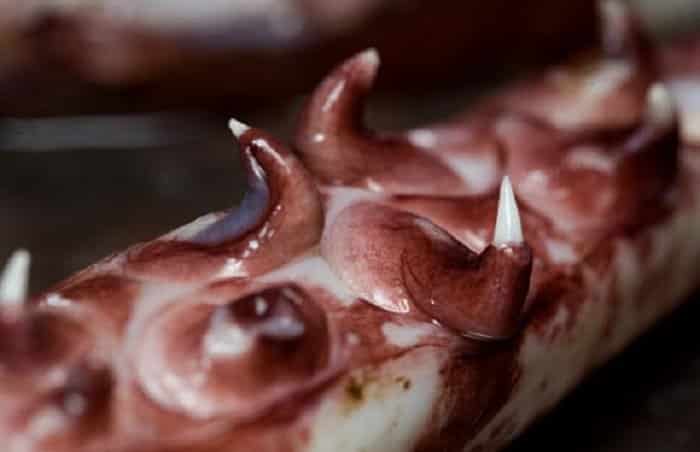 Live giant squids are actually rarely found. The first ever video recorded of a live giant squid in its natural habitat was by Japanese scientists in 2012. The squid was found at a depth of 2,067 feet.

In 2012, Japanese scientists were able to capture a giant squid on video for the first time! 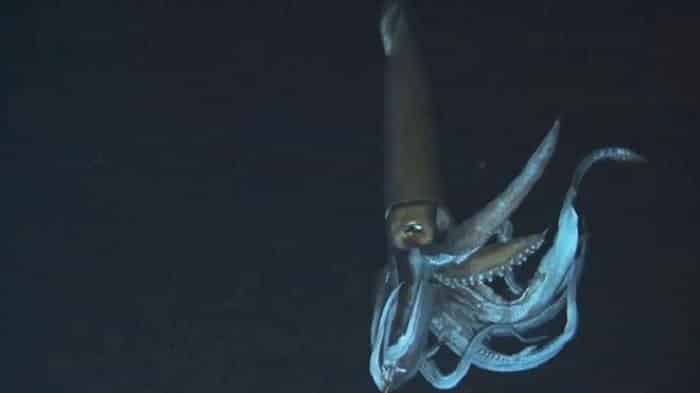 Now, watch the latest footage of a live giant squid found by the Russians here:

Well, it seems like the real-life Kraken is harmless. It just wants to get some fish for its meal!