Have you ever wanted to feel like a cast member of a sci-fi movie? How about wanting to feel like you’re exploring an unknown alien landscape with no one else but your trusty sleeping pod? Andrea Zittel has just the thing for you.

This isn't a sci-fi set. It's an encampment for creative people looking to live out their desert fantasy. 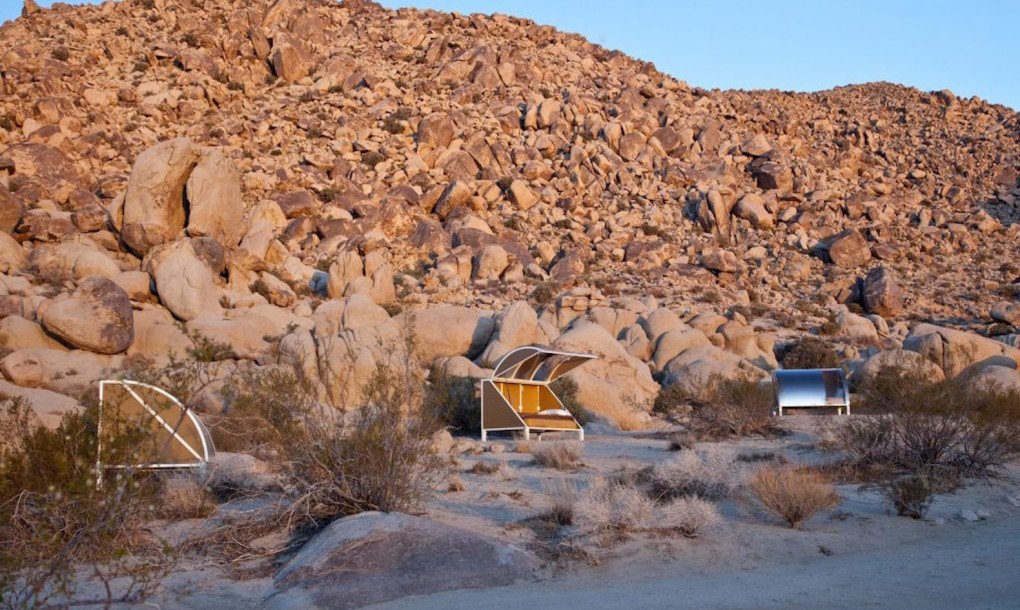 Artist Andrea Zittel has created micro-cabins that artists and creatives can use to camp out in the middle of nowhere for some hardcore inspiration gathering. Andrea installed ten of these metallic pods called A-Z Wagon Stations as part of the Wagon Station Encampment, which is an experimental temporary residence for creatives. 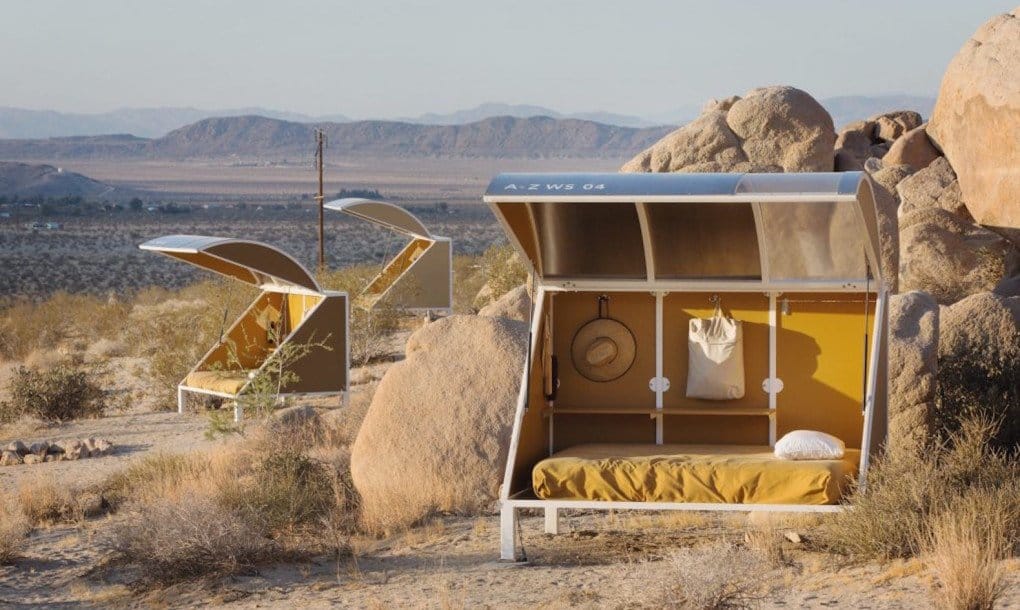 These A-Z Wagon Stations are scattered in the arid landscape to give the full-on “sci-fi pioneer aesthetic.” The inspiration? The NASA Mars base tests in the Mojave desert mixed in with the covered horse-drawn wagons for the Wild West.

Each pod is inspired by the NASA Mars Base tests and the covered horse-drawn wagons used in the Wild West. 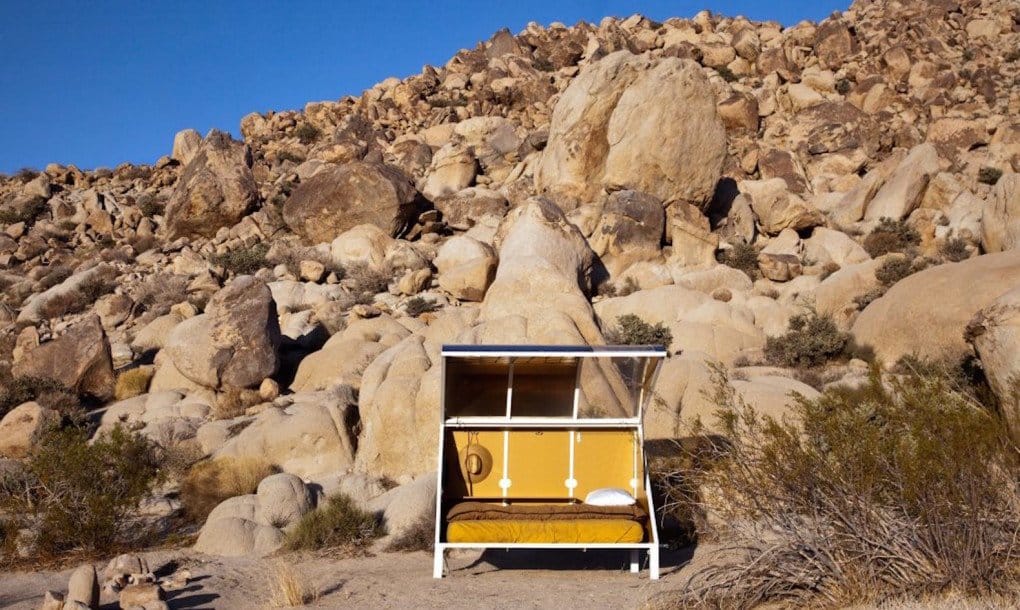 It's where you can live out your sci-fi pioneer aesthetic. 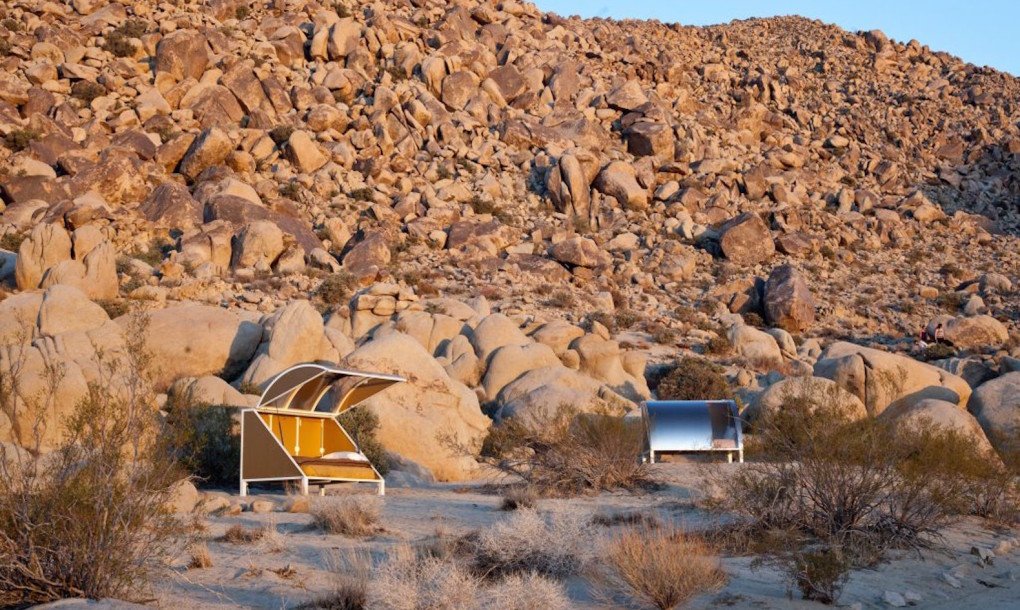 Each portable pod is made of wood and metal and is elevated just enough to keep the inhabitants safe from scorpions and other insects. It has a curved hatch door that opens up to a comfy bed and a bit of storage space. One of its curved panels is transparent to give the inhabitant a view of the outdoors. These pods can also be collapsed and moved as needed.

The Wagon Station Encampment aims to give the inhabitants the inspiration they need. 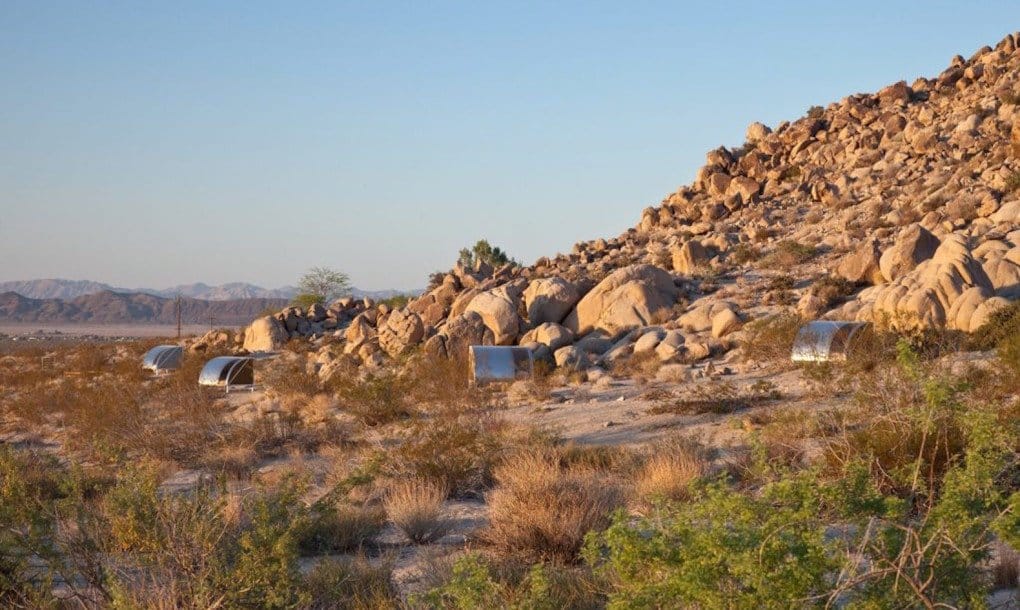 Aside from the wagons, the site also has a communal outdoor kitchen, open-air showers, and composting toilets.

The communal kitchen to feed the minds of the artists. 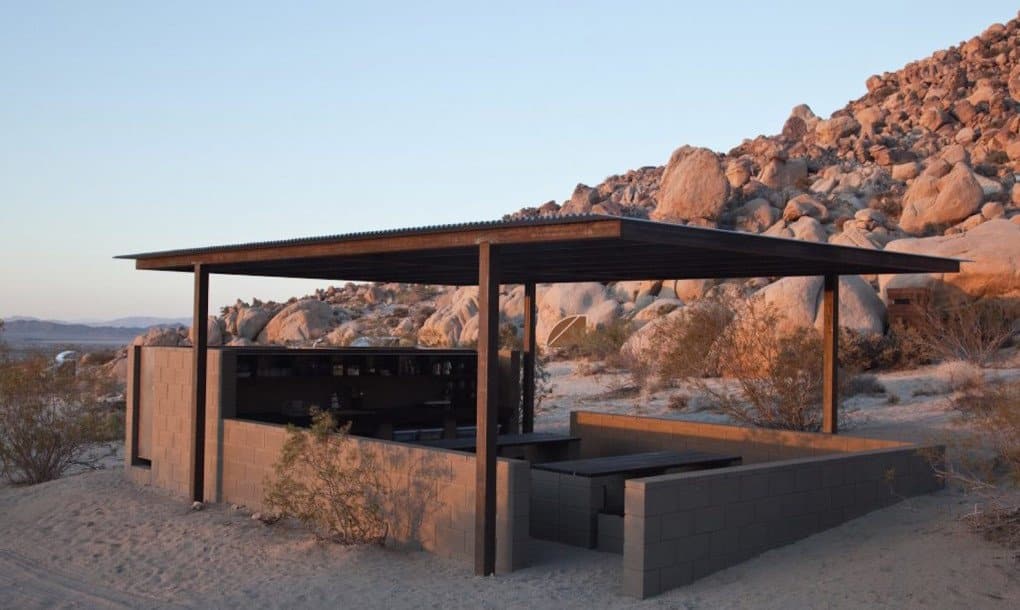 The Wagon Station Encampment is meant to welcome creatives to get in touch with their “desert fantasy”, which seems quite useful for writers and artists envisioning a work of art that features being alone in the middle of the desert. After all, what’s more inspiring than seemingly living the life of a character you want to create?

The encampment is open twice a year during spring and fall when the desert climate is mild. Each “open season” is divided into week-long sessions. Each session costs $100.

It's open to creatives twice a year with each week-long session costing $100. 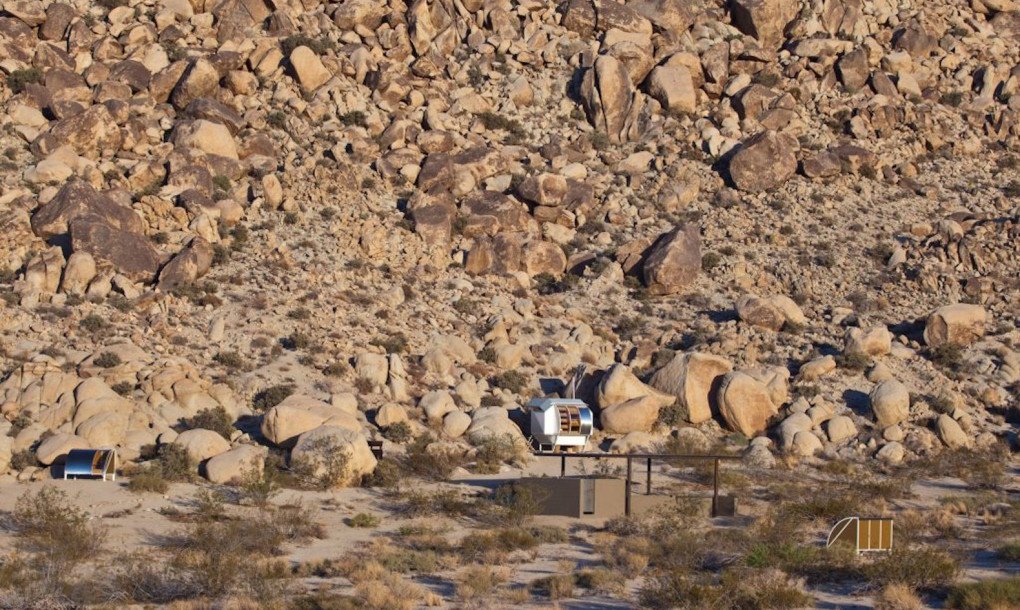 According to Andrea, “It is open to anyone who feels an affinity with Andrea’s mission in the high desert – including (but not limited to) other artists, writers, thinkers, hikers, campers or those who are engaged in other forms of cultural or personal research.”