The Sahara is world’s largest hot desert and the third largest desert following Antarctica and the Arctic. And because it’s a vast desert, many of us wouldn’t expect a snow to fall – but it just did, and it’s the third time to happen in decades.

A rare winter storm has just visited the northwestern Algeria town of Ain Sefra on Sunday. Although the sand dunes have experienced this phenomenon before, it is still a rare sight to see the Sahara shrouded in snow. It didn’t last that long though, but luckily for many people who didn’t catch the breathtaking scene, local photographers were able to capture gorgeous photos of the landscape.

It looks like the U.S.'s east coast isn't the only area experiencing a winter storm. 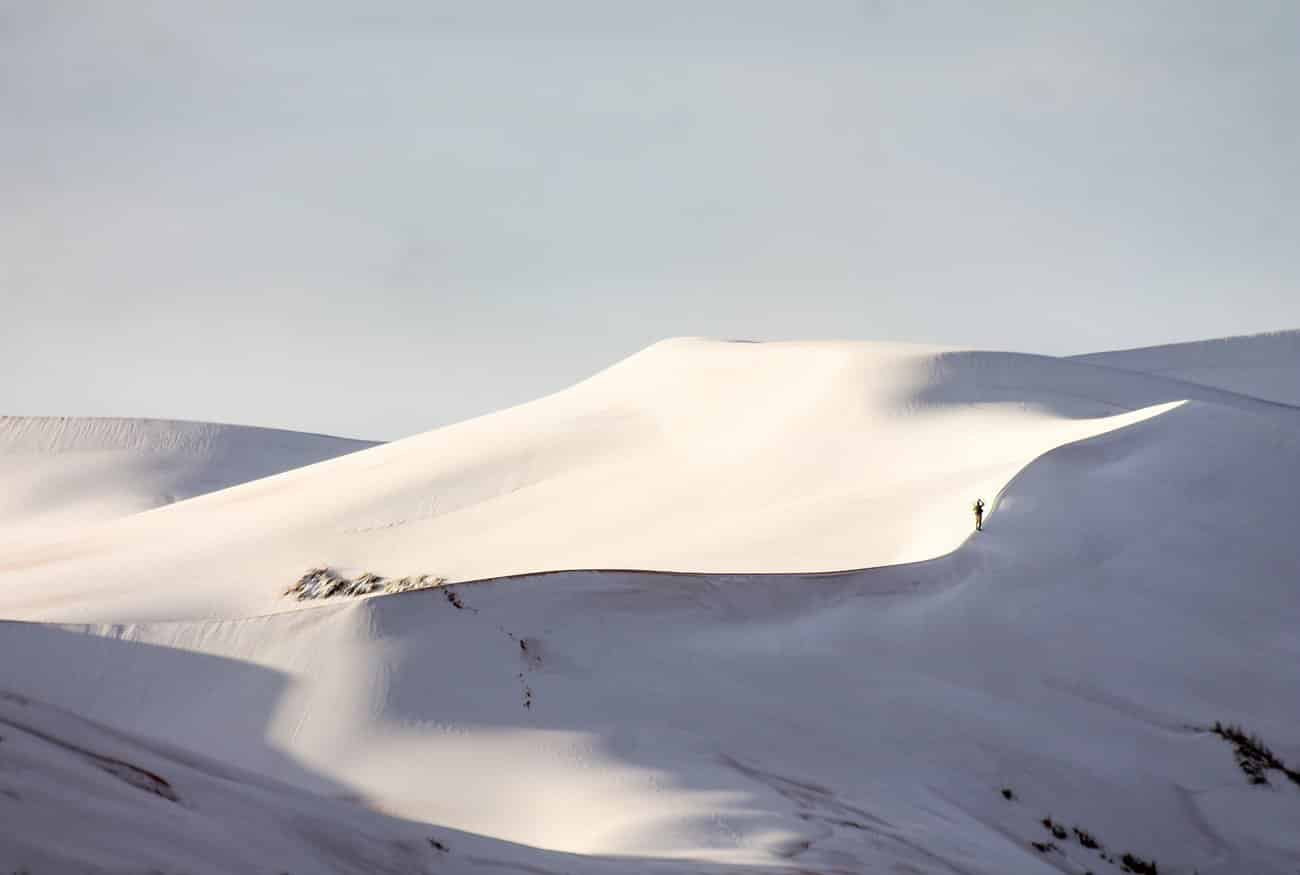 This is not the first for the Sahara to experience snow. 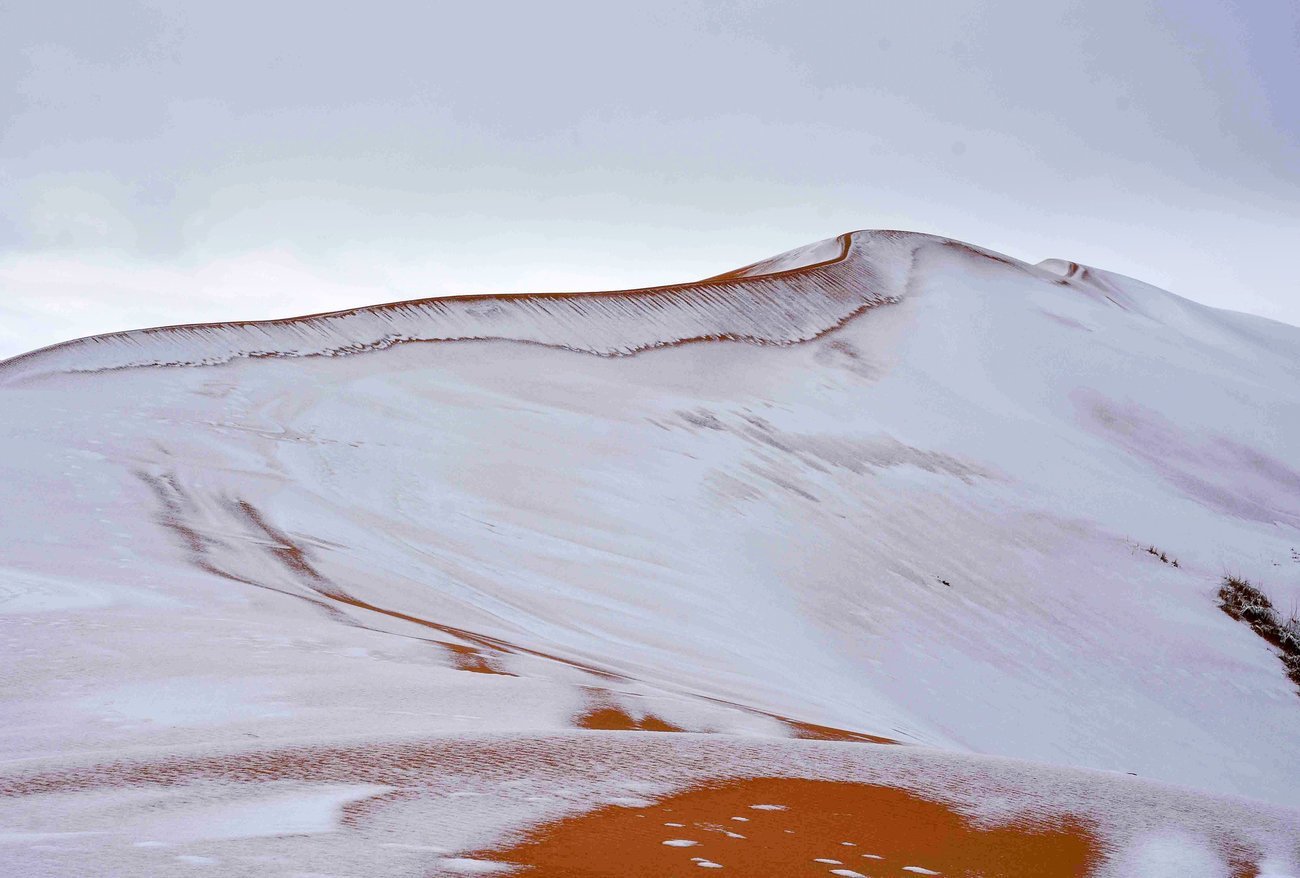 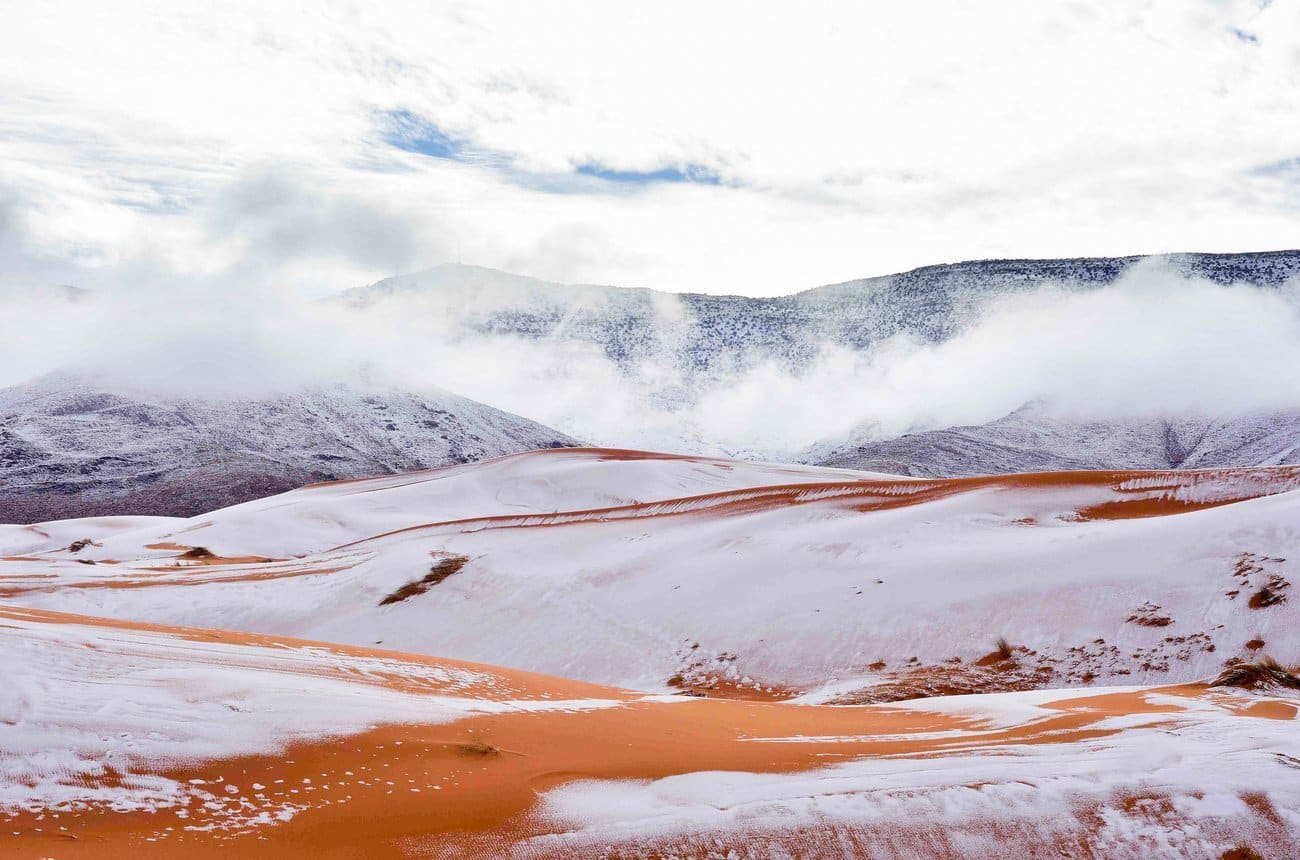 But before that, the last major snowfall was in 1979. 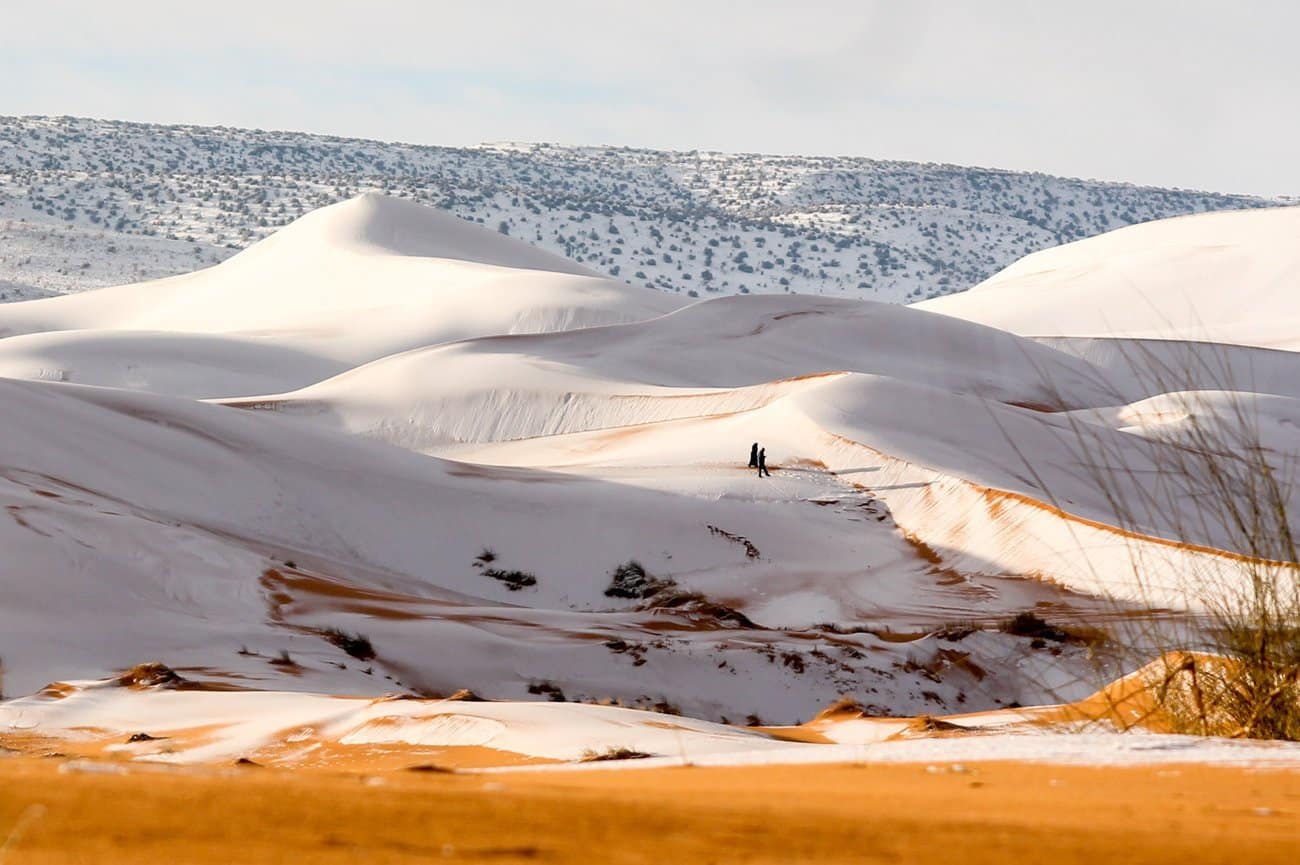 The Sahara typically has blistering summers, with temperatures going beyond 37 degrees Celsius. However, the area cools immediately in winter, with temperatures recorded at an average low of -0.5 degrees Celsius. A Met Office spokesman said that a winter storm in the desert occurs when “cold air was pulled down south in to North Africa over the weekend as a result of high pressure over Europe. The high pressure meant the cold weather extended further south than normal.”

The awesome scene on Sunday didn’t last long, though.

“We were really surprised when we woke up to see snow again. It stayed all day on Sunday and began melting at around 5 p.m.,” photographer Karim Bouchetata told Mashable.

Late in the afternoon, the temperatures increased once again. 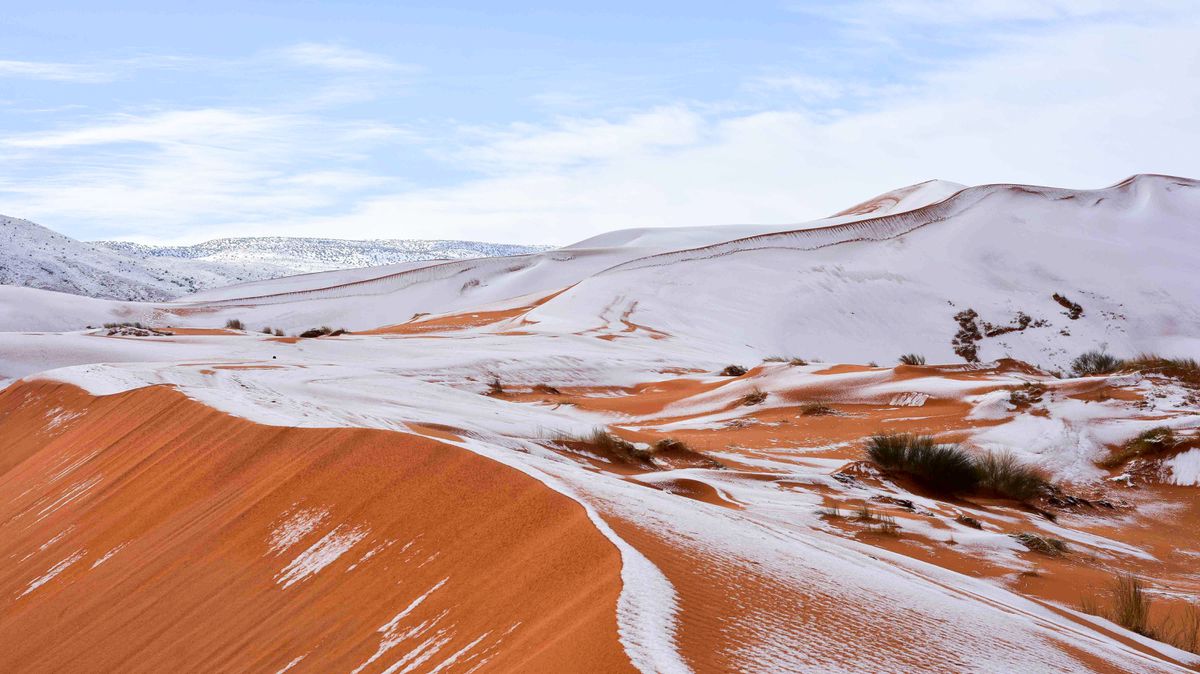 Snow started to melt by then… 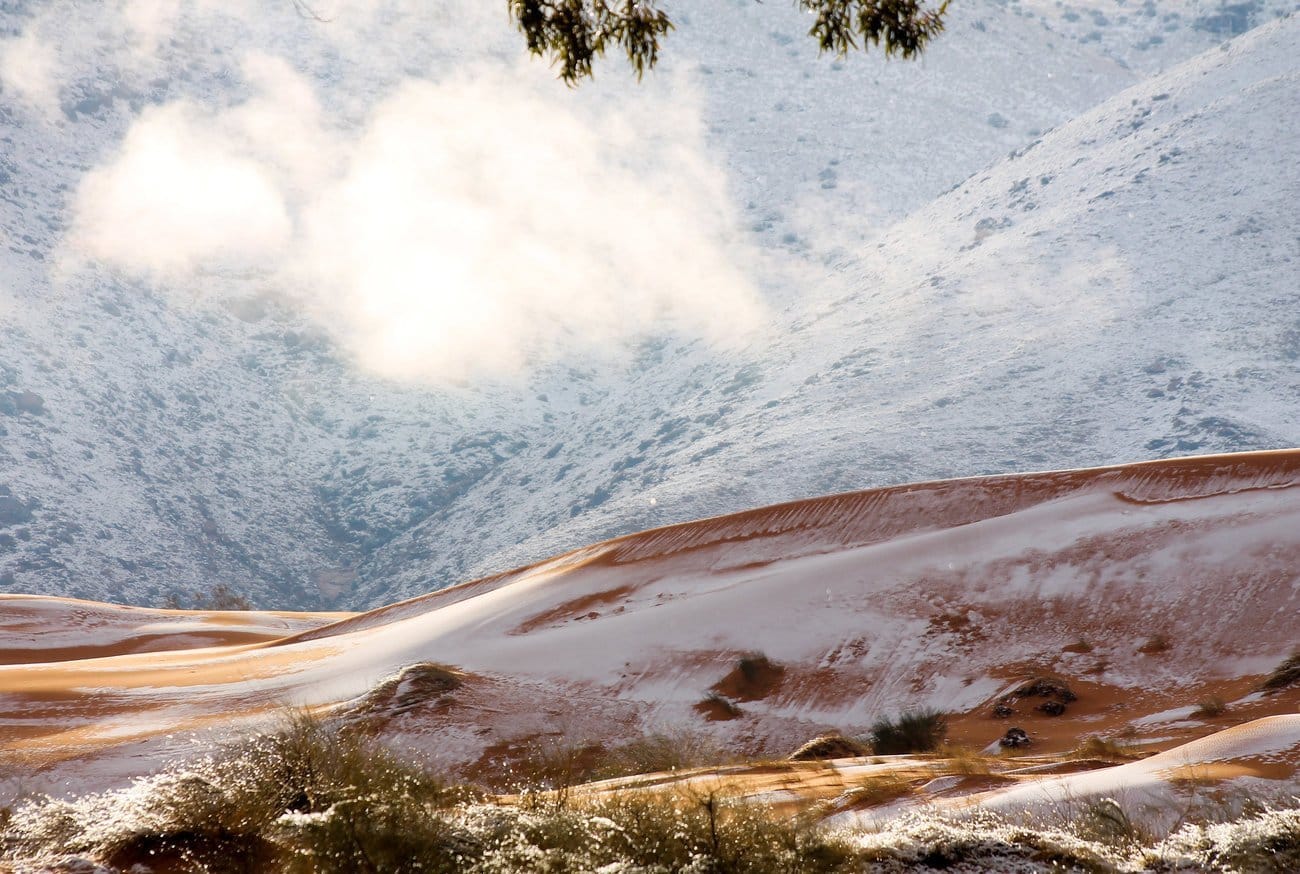 The orange and red colors of the sand have re-emerged. 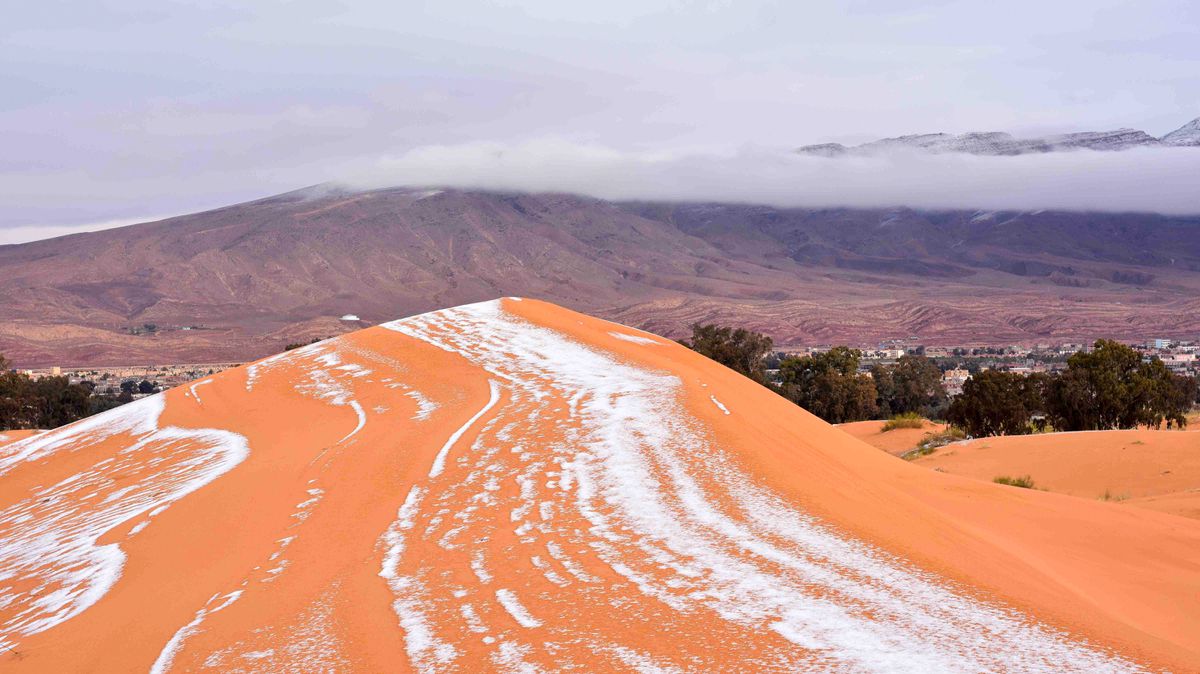 Locals were walking outside the snowy desert. 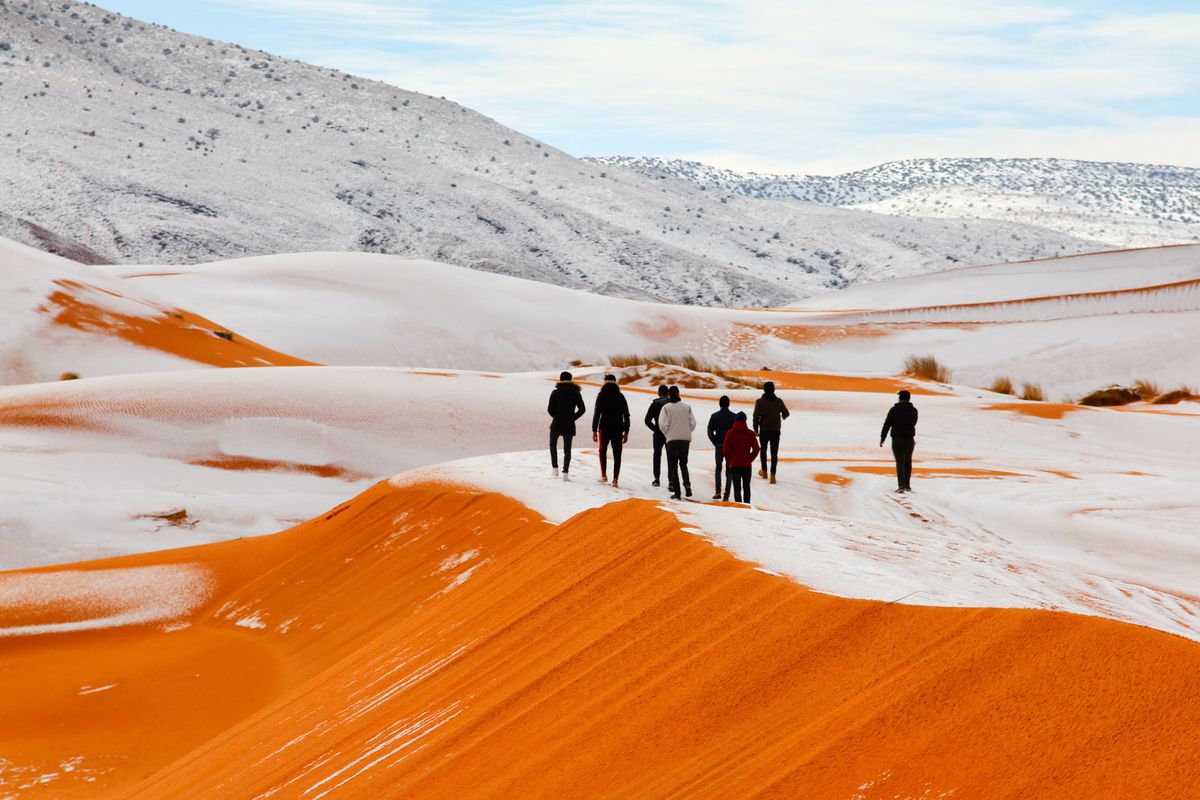 Although snow has melted, some locals were able to enjoy a quick sledding session… 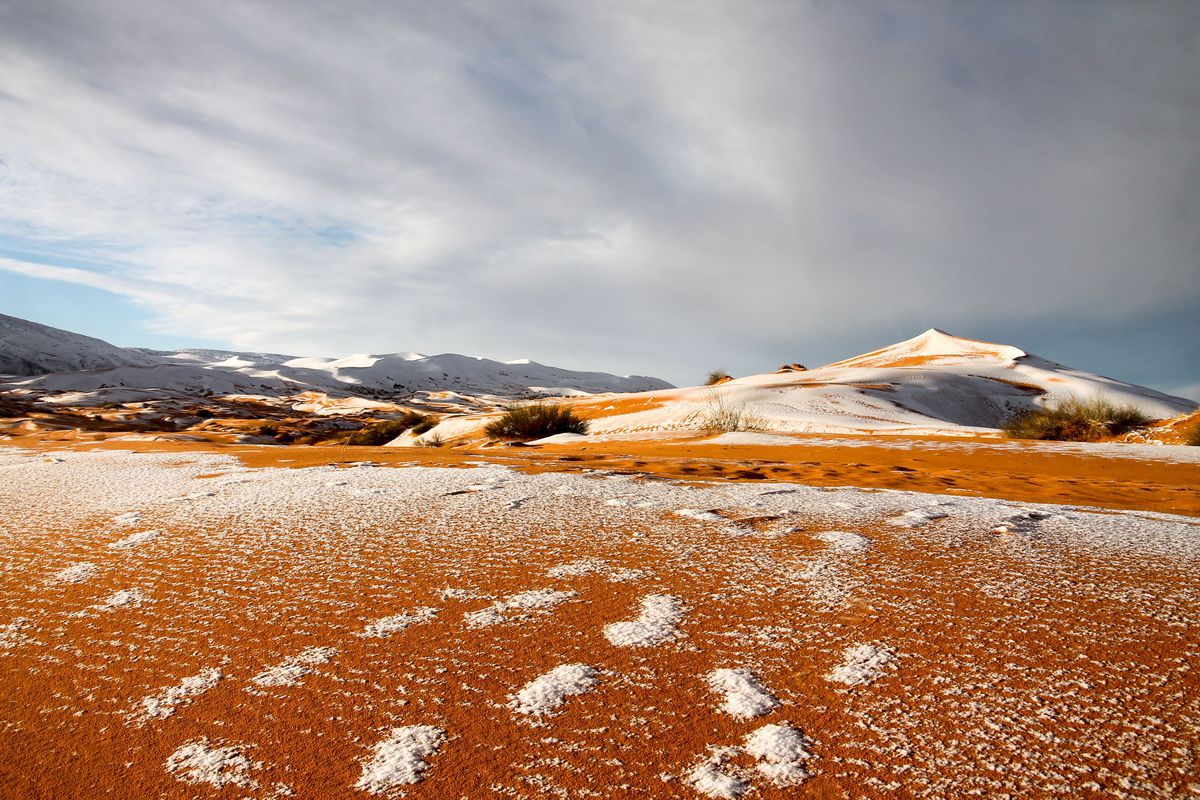 Only a few were able to witness the rare phenomenon… 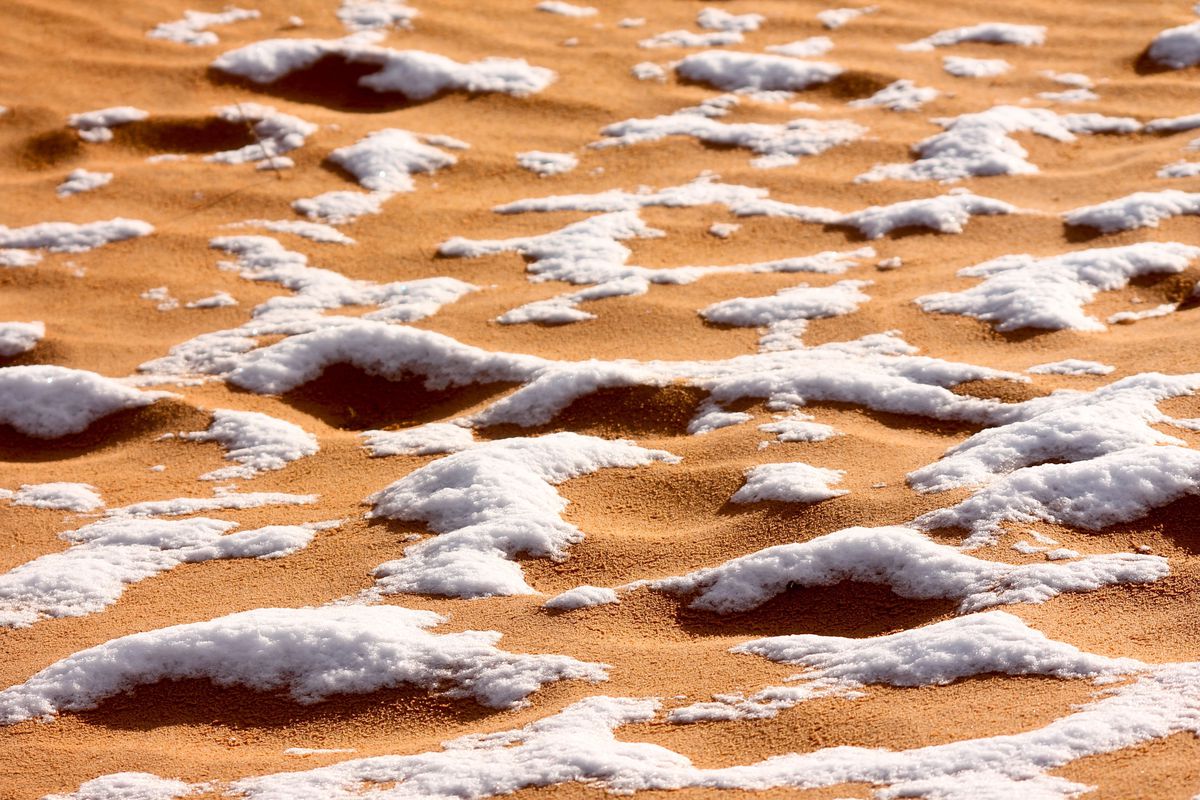 But thanks to photographers and these astounding images, this moment was immortalized. 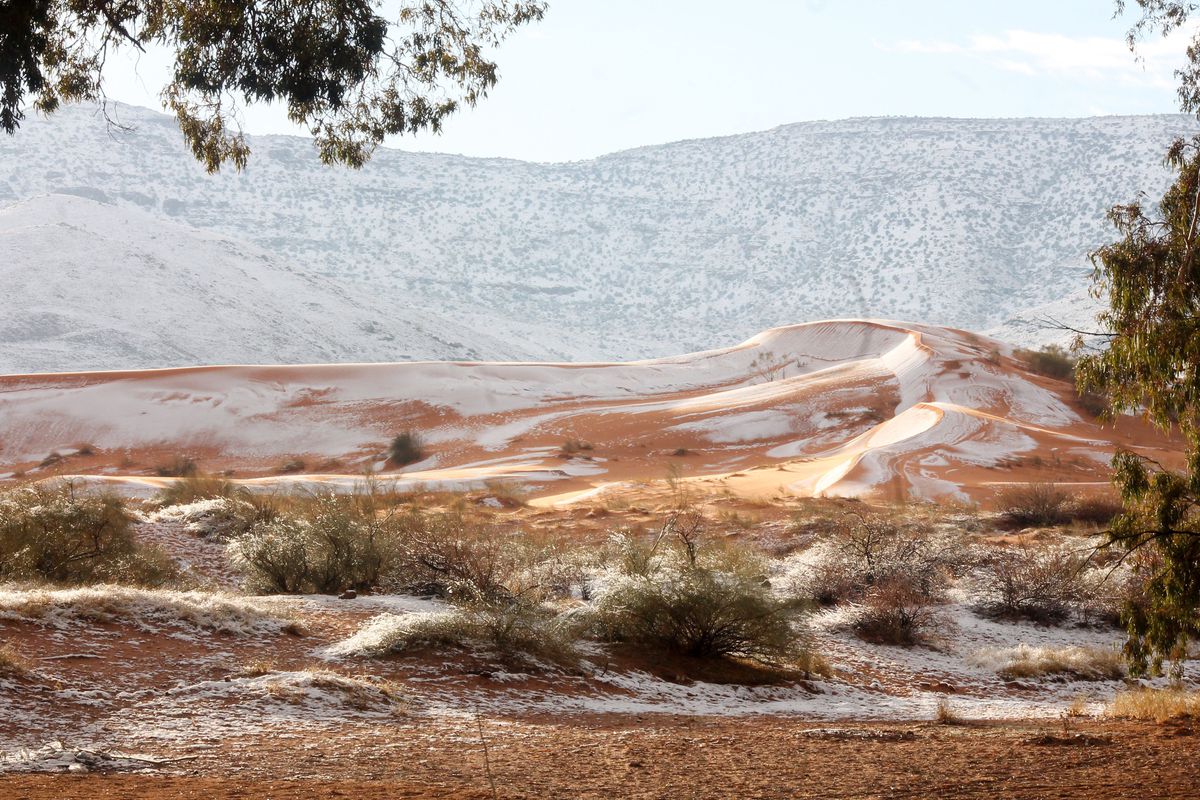 The Sahara definitely wasn’t able to escape the cold and the weird weather patterns this week. Still, you can’t deny that these photos are just amazing!

Watch the video below to see what snow is like in the Sahara.