Kevin Przytula was ready to take his relationship with Allyssa Anter to the next level and decided to pop the question. However, her young son found a way to make his mark on the occasion.

Kevin had brought along his 11-year-old daughter Kayleigh to film his proposal, which took place in front of a fountain. He wanted it to be a special and intimate moment, with Allysa’s son, Owen, included. 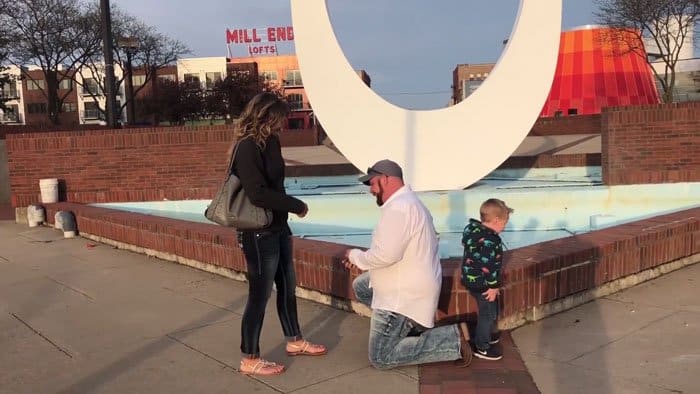 Just like any typical proposal videos, the clip started out with the man and woman facing each other; then the guy gets down in one knee. Nothing extraordinary, right? Wrong.

The whole moment happened with the presence of Allyssa’s three-year-old son, but he was too young to know what a proposal is all about. In fact, he had no idea if it was an important day or not at all.

Just when Kevin was about to get the ring, Owen went down from the fountain and pulled his pants down. The soon-to-be groom and bride were so blissfully unaware that something hilarious was happening.

As if that’s not enough, Owen started peeing while Kevin was pouring his heart out to Allysa, telling her how much he loves her and all that jazz.

Kayleigh was so focused on taking a good shot of the proposal that her eyes were glued to her dad and Allyssa. A few moments later, the young girl saw what Owen was doing and couldn’t hold her giggle.

Finally, both Kevin and Allyssa realized what was happening. Kevin turned around and exclaimed: “Oh my God, he’s peeing, are you serious?” 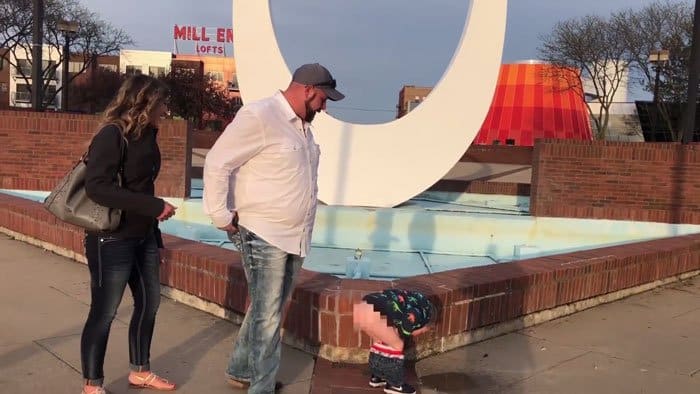 “He pees outside at home, sometimes in the yard, and we went and got ice cream the other day, and he did it in the parking lot there.”