It may appear to others as the most adorable thing in the world, and it is at first glance. Imagine a wild animal taking on the habits of a domesticated pet. Or even those of the humans who’ve raised it.

A few years ago, family purchased a lion cub for their two young children. They had watched Disney’s “The Lion King,” and thought it would be cute to have their very own Simba. Illegally purchased from what was probably a poacher’s middleman, Lambert the lion, potentially a beautiful king of the beasts, came to the live with humans. 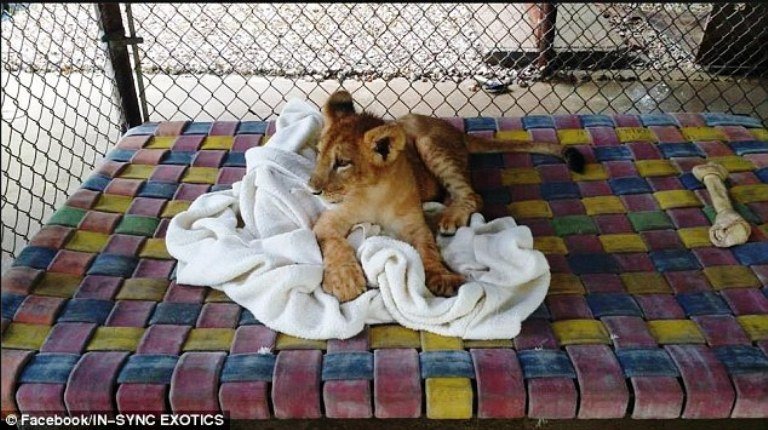 Unfortunately, the family realized caring for a lion as it grew older was too much for their capabilities. They called the Global Federation of Animal Sanctuaries when Lambert’s latent wild animal instincts kicked in, and the once beloved exotic family pet was rescued from the humans who thought they could take a wild animal out of the jungle and turn it into an oversized kitty cat.

Eventually Lambert ended up with the In-Sync Exotic Wildlife Rescue and Educational Center in Texas. Physically, he appeared to be a king of beasts.

Unfortunately he had traits no lion ought to have. 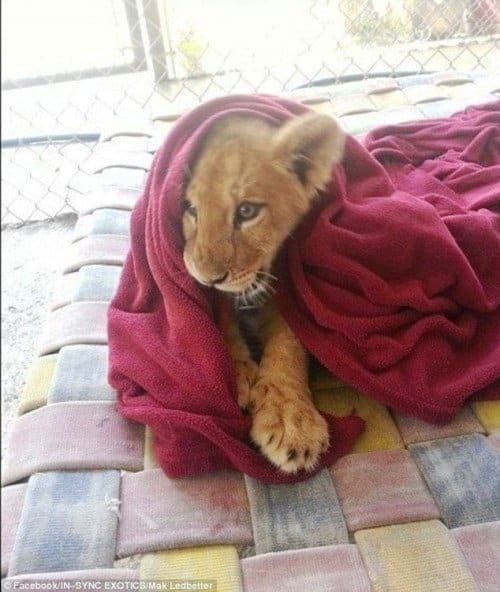 For one, Lambert refused to part with his security blanket. 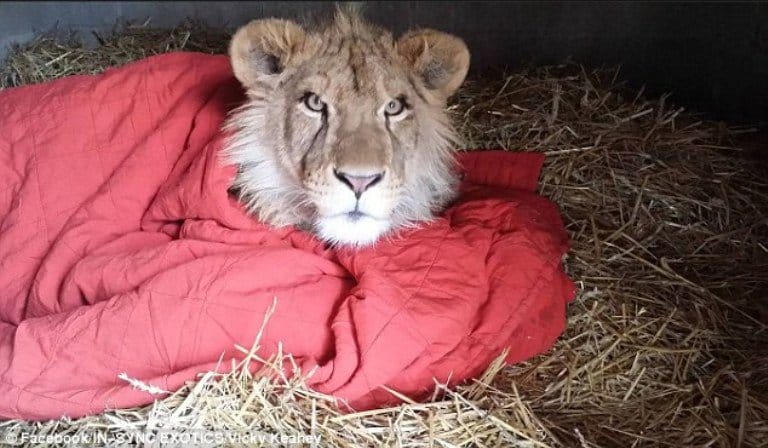 Perhaps he preferred to hold on to the memory of the love and attention he received as a cub, which he no longer has now his human family abandoned him.

Lambert was initially upset and anxious over his new enclosure at the wildlife rescue center. He was used to sleeping on a soft bed with his humans. So the rescue center’s founder, Vicky Keahey, provided Lambert with a warm soft blanket, and the young lion immediately began to drag it around with him wherever he went.

He wouldn’t even sleep without it. 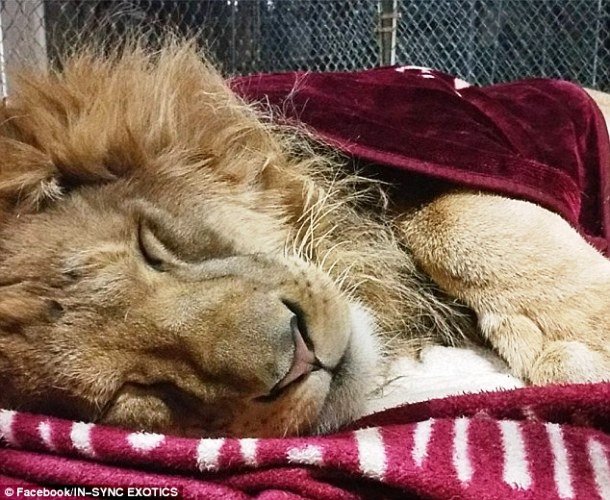 In short, instead of fulfilling his potential as king of the jungle, Lambert became the “king of the snuggle.”

The poor thing even had to be re-taught to eat raw meat, as he had never had it before in his life.

Now fully grown, Lambert is regarded as a tourist attraction, with his assortment of blankets he drags around. Because of the extended time he spent with humans, he learned their habits and quirks.

It is now impossible to reintroduce him back into the wild. 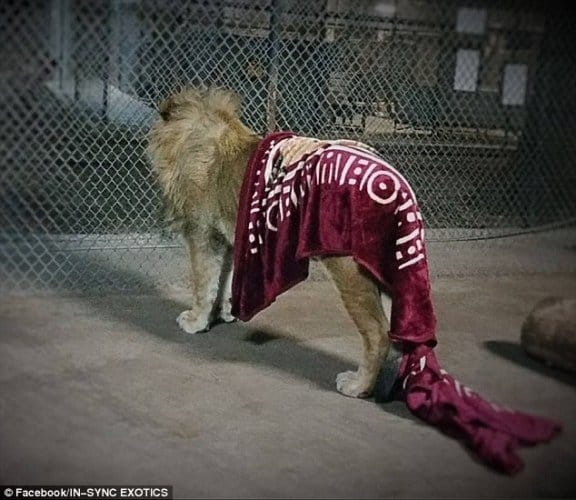 Lambert, the blanket-toting lion is a sad lesson for all of us about the extent of human folly in trying to remake nature to conform to our tastes.