The perfectly preserved remains of an extinct lion cub was recently found in permafrost on the bank of Tirekhtykh River of the Abyisky district of Yakutiaby in the Sakha Republic (Russia’s largest and coldest region). Local resident Boris Berezhnov discovered the the carcass of an “unrecognizable animal” after a fall in water level in the remote river.

According to the scientists, the animal, measuring around 18 inches (46cm) in length and weighing almost 9lbs (4kg), was around one and a half to two months old when it died. Reasons for the death are still unknown. The animal was found with its head still resting gently on a paw. It is not clear yet whether the cub was male or female.

Experts say the remains were perfectly preserved, which is greatly helpful in studying the animal. 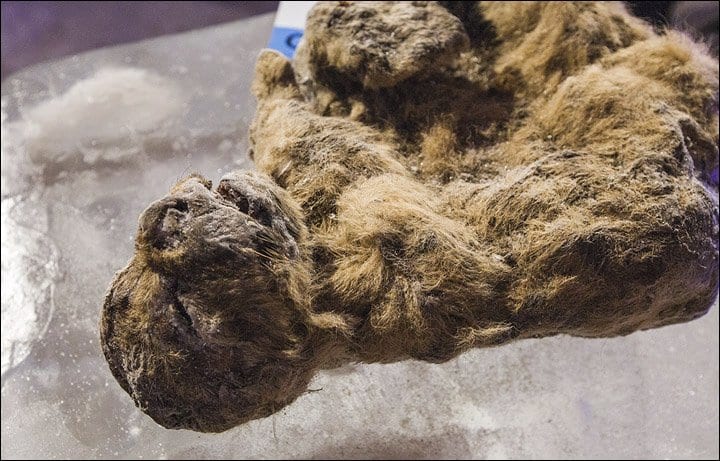 “It is a perfectly preserved lion cub. All the limbs have survived. There are no traces of external injuries on the skin.”

He also remarked that with the way the remains were preserved, cloning the creature could be possible. 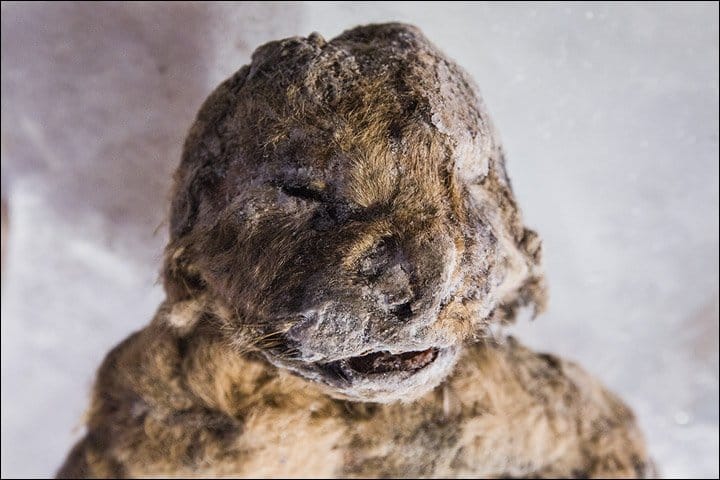 Further tests are being done on the animal. The scientists are hoping to discover its exact age and study how it may be cloned. Dr. Protopopov said significant results are expected after around three years of research on the extinct animal‘s frozen remains.

This discovery comes two years after the same researchers found the remains of two newborn cave lion cubs in the same region. 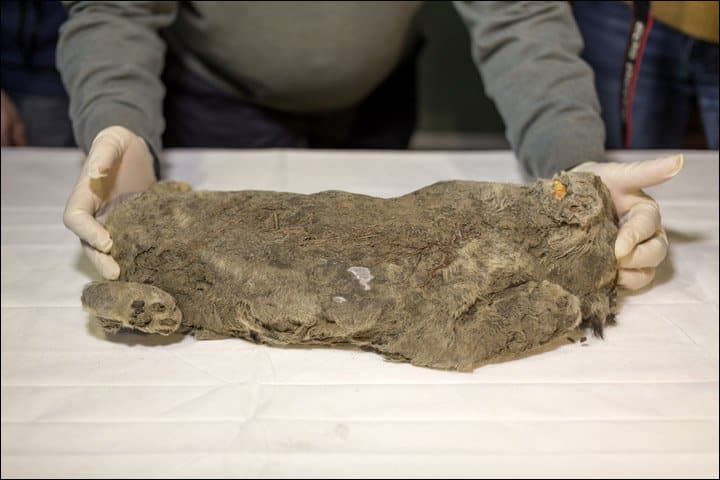 The current find, however, is better preserved than the two. 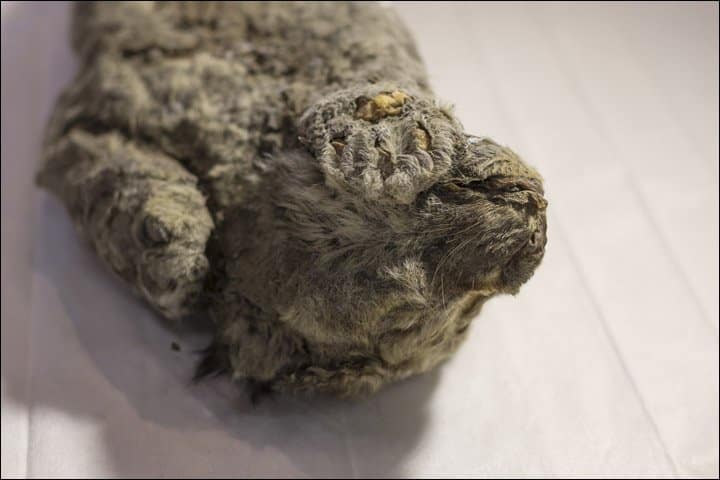 “Everyone was amazed then and did not believe that such a thing is possible, and now, two years later, another cave lion has been found in the Abyiski district.”

The earlier pair, which were named Uyan and Dina, were said to be 12,000 years old, dating to around the time the species went extinct. Later research, however, proved them to be up to 55,000 years old.