A customer from Watts, California claimed he was served fried rat instead of chicken in the popular fast food restaurant KFC in Wilmington, California.

Horrified customer Devorise Dixon posted photos and video of the alleged rat meal on his Facebook account. His posts quickly took the Internet by storm gaining thousands of shares on the social network.

According to Dixon, he initially noticed the strange shape of the supposed breaded chicken breast. 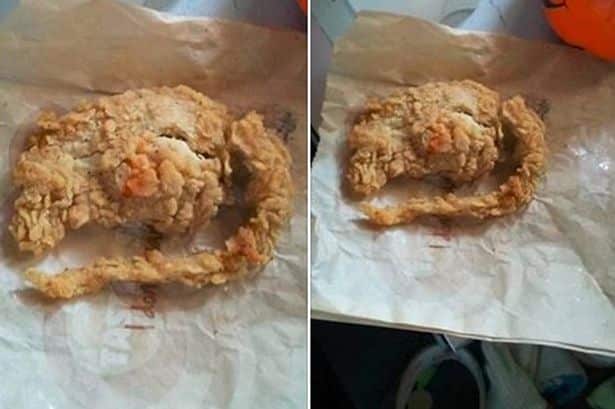 Shocking: The breaded and fried shape appears to have a tail! 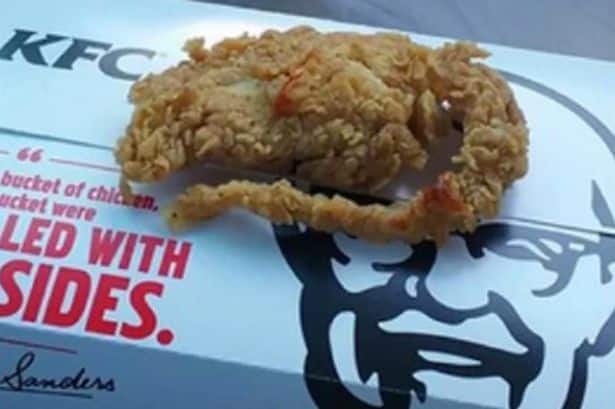 On Wednesday,  June 10, Dixon went back to the KFC store and aired his complaint to the manager who reportedly apologised and admitted they served him a fried rat.

Meanwhile, KFC has denied Dixon’s allegations and issued their official statement on their Facebook page.

“Our chicken tenders often vary in size and shape, and we currently have no evidence to support this claim. We are aggressively trying to reach Mr. Dixon, and we request that he return to the restaurant with the product for testing, or call us at 1-800-Call-KFC,” it said.

Despite Dixon’s claims, several social media users are not convinced that the fast food chain indeed serve a deep fried rat. Many suggested it is a piece of chicken shaped like a rodent.