Imagine yourself dead tired from working after an 8-hour shift. At the end of the day, you decide to hop on a train so you can go home quicker than usual. You sit and relax there when all of a sudden an old lady appears out of nowhere and there doesn’t seem to be any vacant seats for her.

If you will use your common sense, you know that the right thing to do is to stand up and give your seat up for her. That’s what a decent human being would do in such a situation, right?

Well, not in Japan.

In Japan, giving up your seat for the elderly is considered disrespectful. 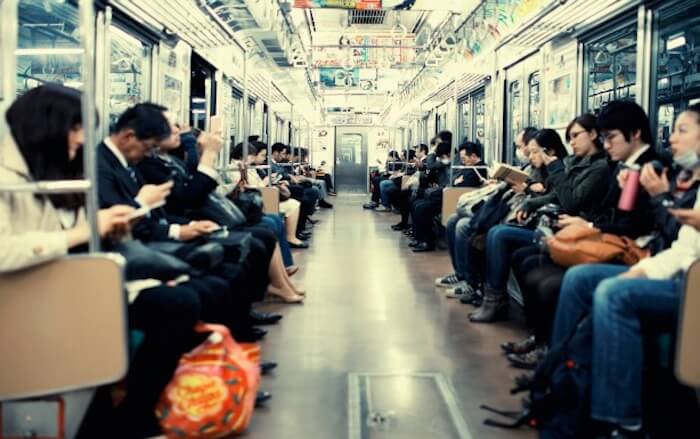 Despite having the reputation of being among the most respectful, the Japanese actually find it impolite to give up seats for elderly people when riding public transportation.

What’s the reason behind this unusual custom?

Cheopamm, a Japan Info blogger, was shocked upon personally witnessing this. The author shared about the experience on a recent experience and had this to say:

“I asked my neighbor – (an elderly lady who is also my landlord) about what I saw when I used public transportation and she explained that whenever she get on the bus and someone offers her a seat, she would come up with the thought: ‘Ah~ Am I becoming so old that I need a young man to give me priority?’ This would remind her, ‘You’re getting old!’”

Even if you offer, they will likely decline. 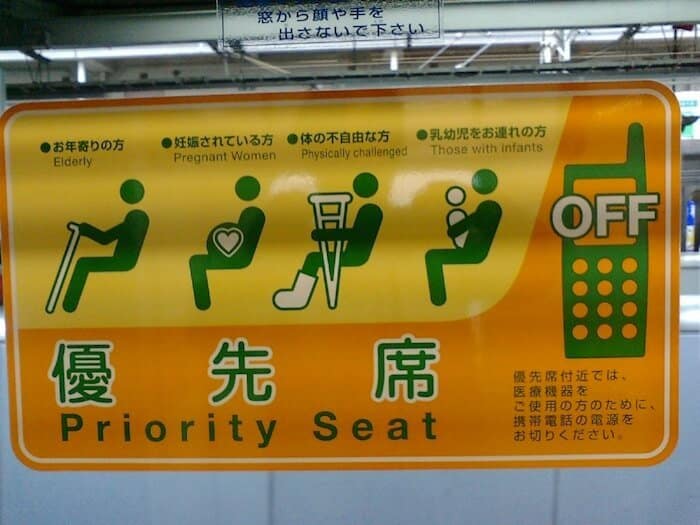 “A Japanese friend just told me: ‘Even if you have the good will of offering your seat, it doesn’t mean other people have to accept that kindness of yours’. There are some people who are afraid they will cause you ‘inconvenience or trouble’ or simply ‘don’t want to receive your pity’. As a matter of fact, because Japan is a country which has a growing population of the elderly, their perspective on giving priority to ‘elderly’ somehow different from most other Asia countries.”

So yes, if you are ever headed to Japan, do not bother giving up your seat when you’re on the bus or train.

Or you can try this practical tip: 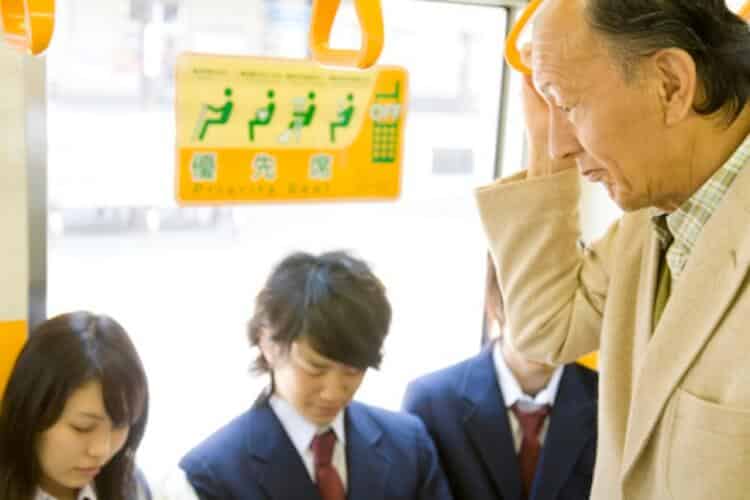 Or, if your conscience really couldn’t bear it, you may want to consider Cheopamm’s advice:

“With Japanese people who don’t want to be seen as ‘elderly’ or ‘causing trouble for others’, if you insist to offer them a seat, then the best thing to do, according to my experience, is to pretend that you’re about to get off the bus at the next stop. Just stand up and walk toward to the bus exit, or to another cabin (if you’re on the train). Just stand up and leave the empty seat, if people see that empty seat and if they are willing to sit, they’ll go directly and take the seat themselves.”