Update: Sahar Tabar has since revealed the truth behind the reports that she underwent 50 surgeries just to look like her favorite celebrity, Angelina Jolie. Many people were not convinced that the teen’s “zombie-like” photos were real. But Tabar already came clean and admitted that her emaciated look was the result of make-up and computer tweaking.

According to Tabar, the reason she did it is to merely “amuse” herself. She didn’t create the transformation to look like any celebrity because that wasn’t her goal. She told Sputnik that she likes to make herself look funnier each time. For her, it is a “form of self-expression, a kind of art.” She insists her fans know she doesn’t look like the corpse that she was labeled as in real life.

A photo of the real Sahar Tabar without makeup and digital manipulation emerged. 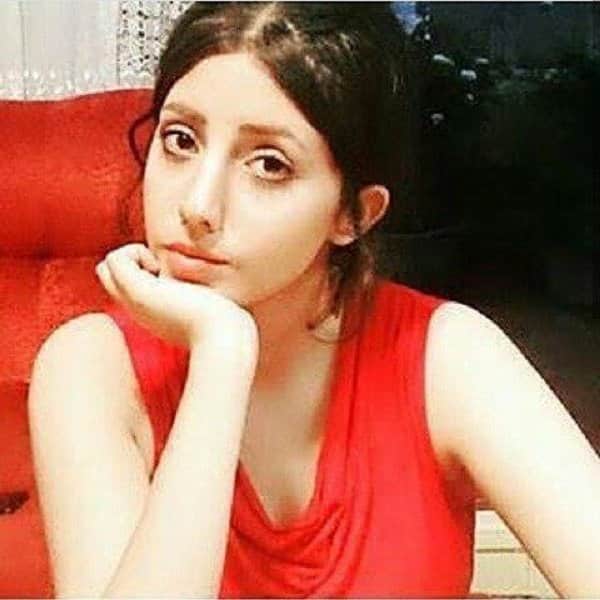 Cosmetic surgery is increasingly becoming rampant these days as more and more people want to look like their favorite celebrities. For one Iranian teen, looking like the famous Angelina Jolie is so important that she would do anything to achieve it – even going through 50 cosmetic operations.

Sahar Tabar looks up to the Tomb Raider star and she’s just one of her biggest fans – probably, the biggest. The 19-year-old said she had gone under the knife in just a few months just to have Jolie’s signature look. And the results? She went viral for the wrong reasons. 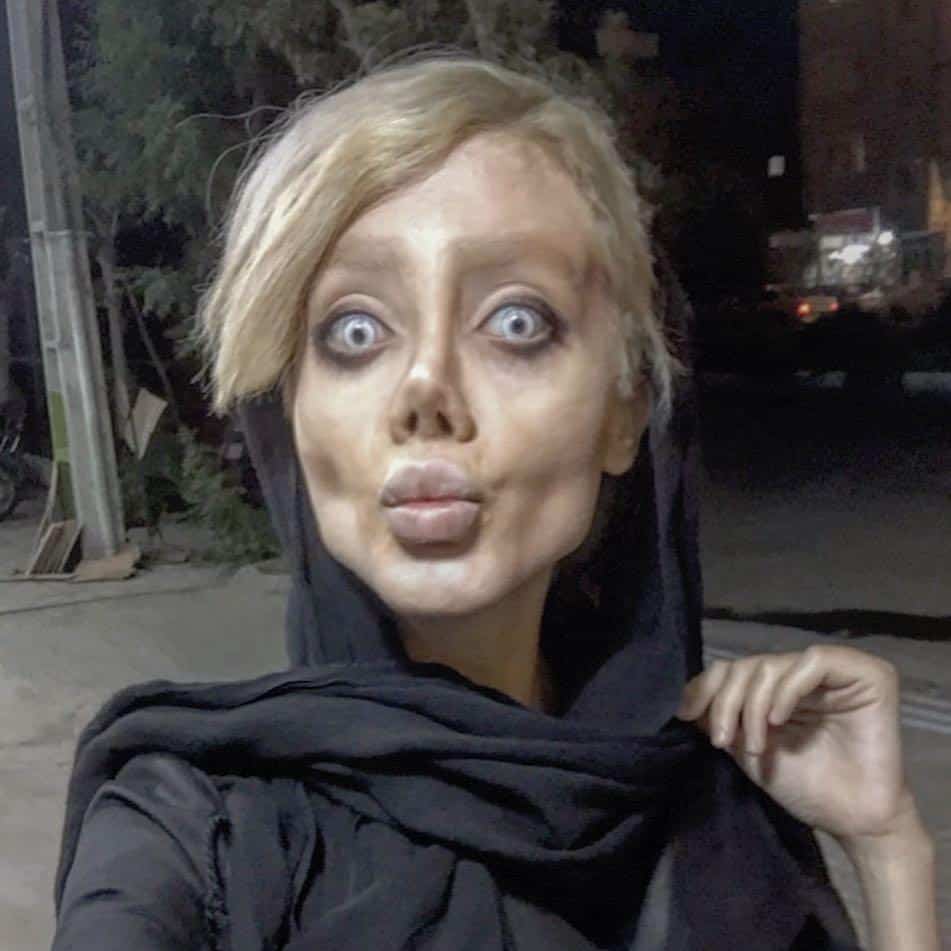 She went through the knife just to look like the famous celebrity. 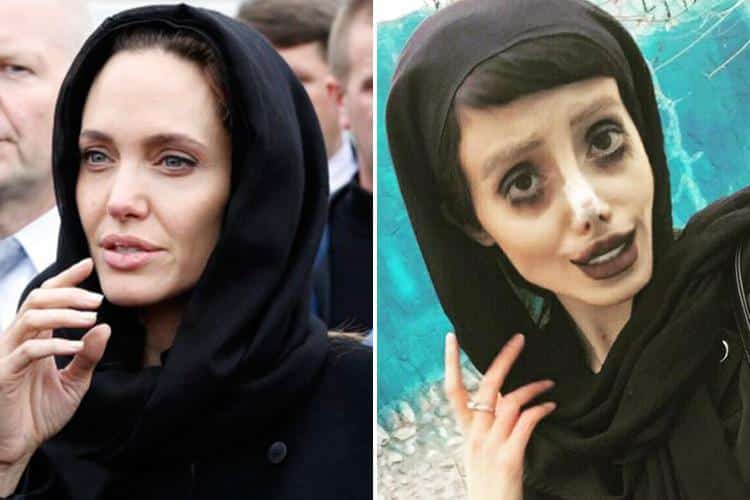 However, people labeled her as a “corpse bride” instead. 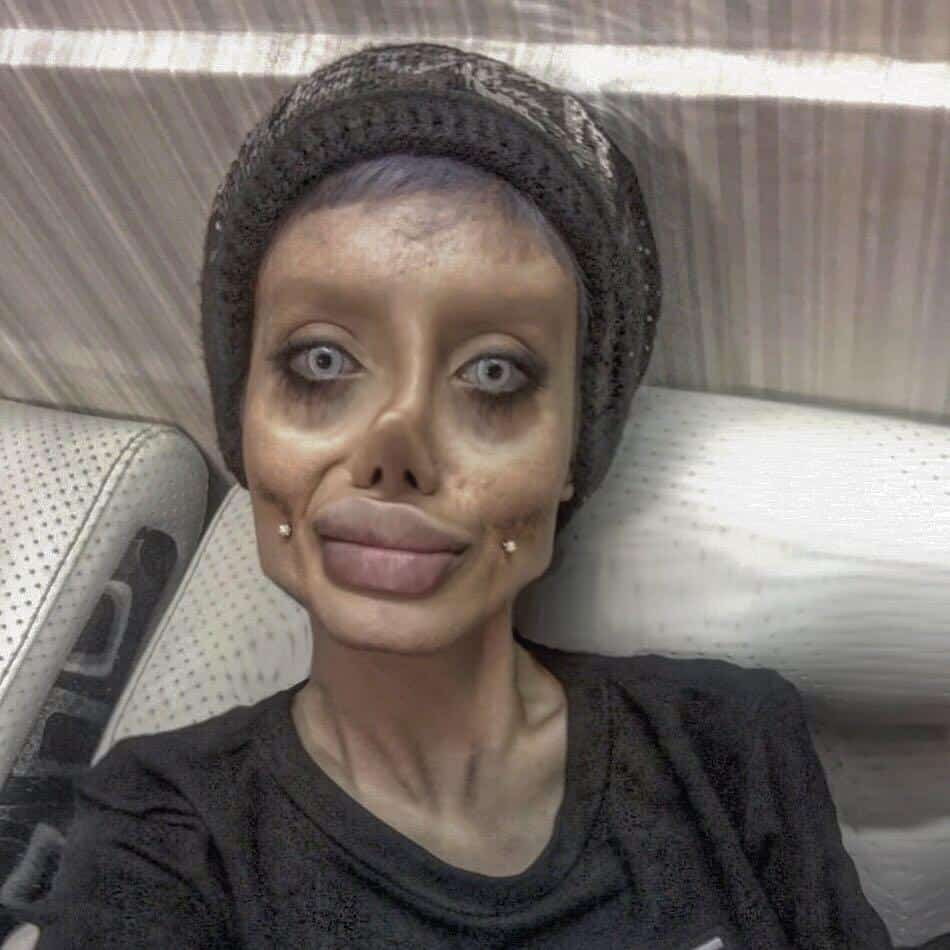 The wannabe's selfies on Instagram have sparked debate among her followers. 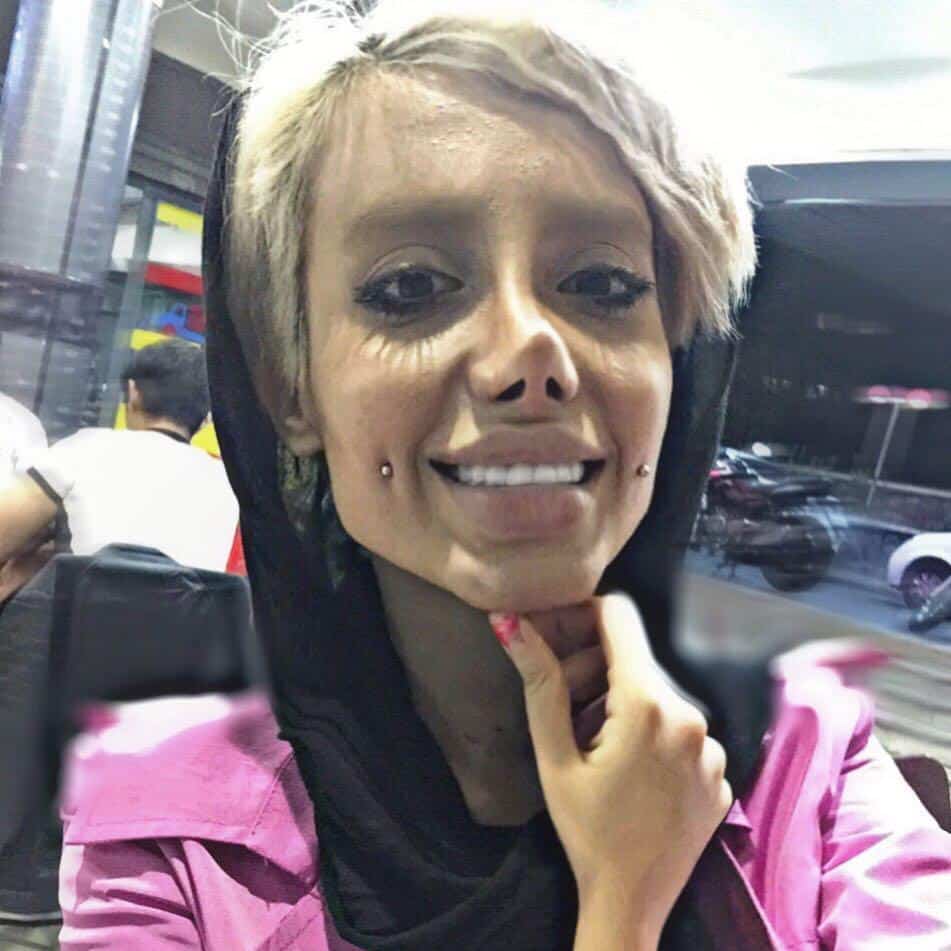 This is Sahar before the surgery. 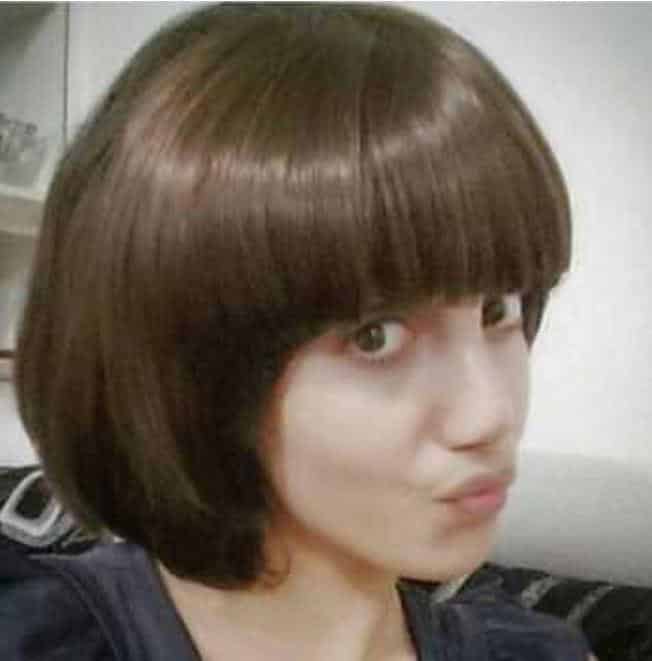 Sahar also reportedly went on a diet for months to stay thin. 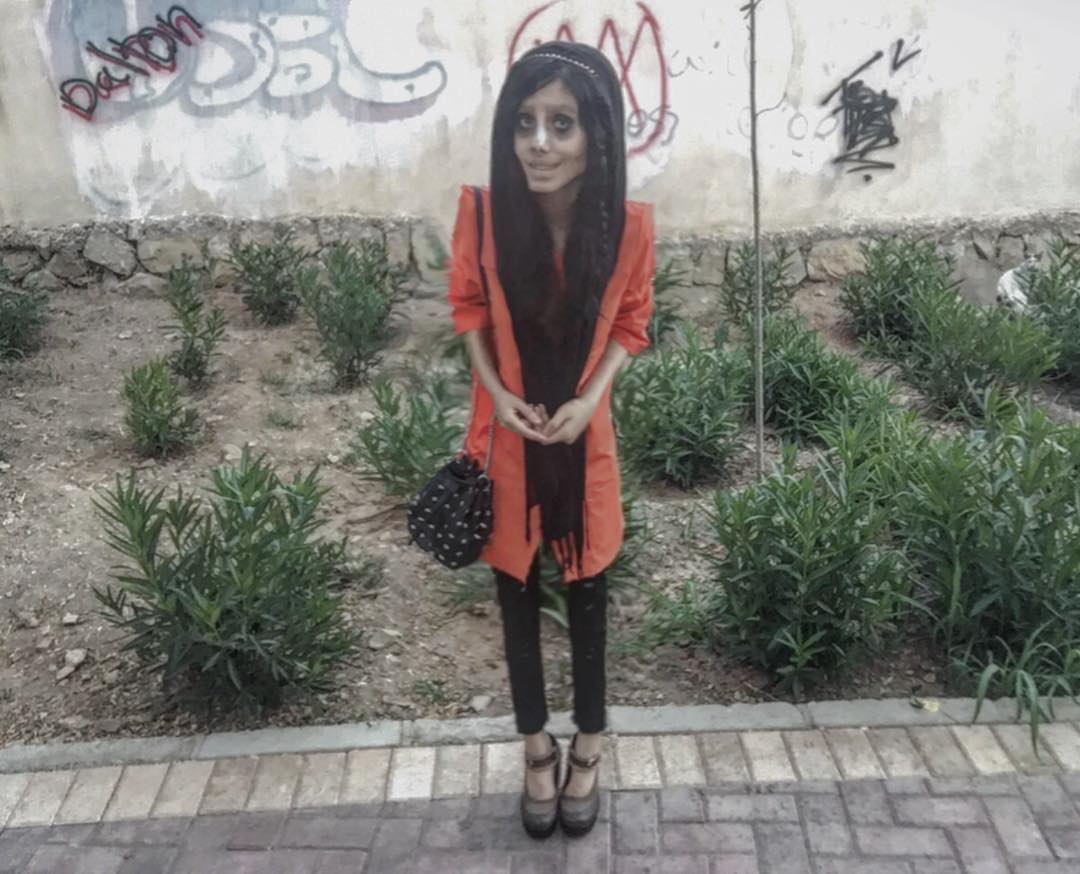 The Angelina Jolie superfan reportedly observed a diet for months just so she can maintain her weight of 40 kilograms. The teen is 4.8 ft tall, which means that her weight is classified as dangerously underweight. Although Sahar has been labeled a zombie for her gaunt appearance after the surgery, she still has over 430,000 followers on Instagram – but most of these people have been leaving her unflattering comments.

Sahar’s gaunt appearance is still being doubted by many. 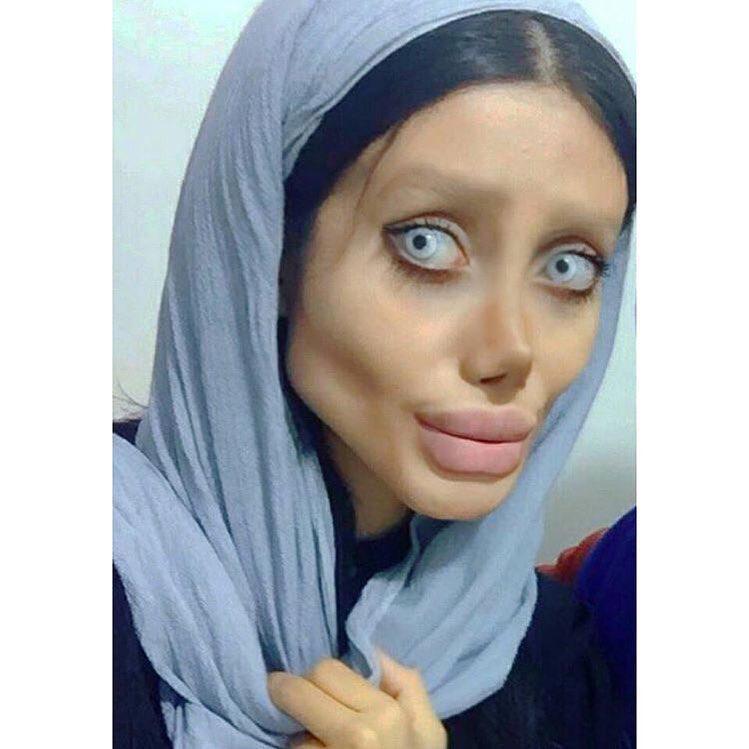 Her said surgeries are yet to be verified. 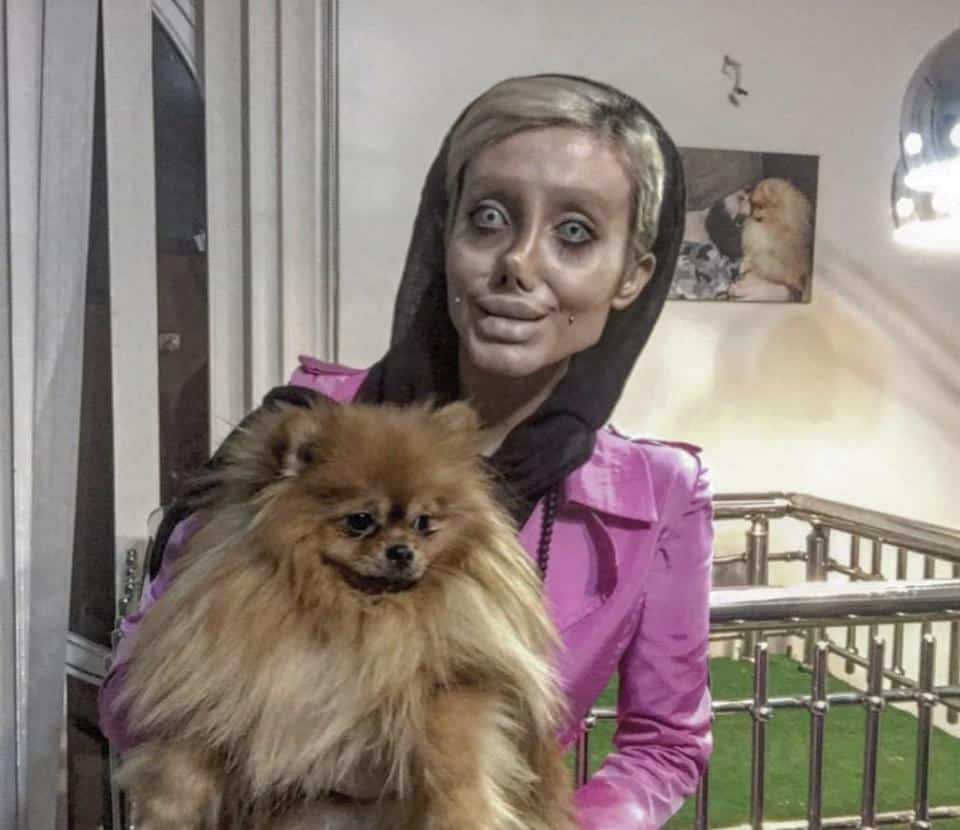 Sahar looking like Angelina Jolie made some people wonder if her story is authentic. No news outlets have confirmed that the teen has really underwent all 50 surgeries to look like Angie. Some doubt that Sahar’s appearance may be a result of professional and creative make-up while others think it’s being altered digitally.

However, four days ago, Sahar posted a video on Instagram and it looks like her face is not as drastically altered like the ones shown in the photo. Her nose doesn’t seem to appear as upturned as the one in her other photos.

What do you think of this young lady’s transformation? Is it legit or not? Share your thoughts in the comments section below.