It’s quite normal to feel hopeless from time to time. After all, life is filled with challenges that hone us to become better individuals.

If you feel like giving up at this particular moment in your life, then perhaps you need to read the inspiring story of Qian Hongyan, dubbed as China’s basketball girl.

This is Qian Hongyan, a 20-year-old girl who took the Internet by storm with her interesting yet moving back story.

Meet Qian Hongyan, the girl who took the Internet by storm with her moving story. 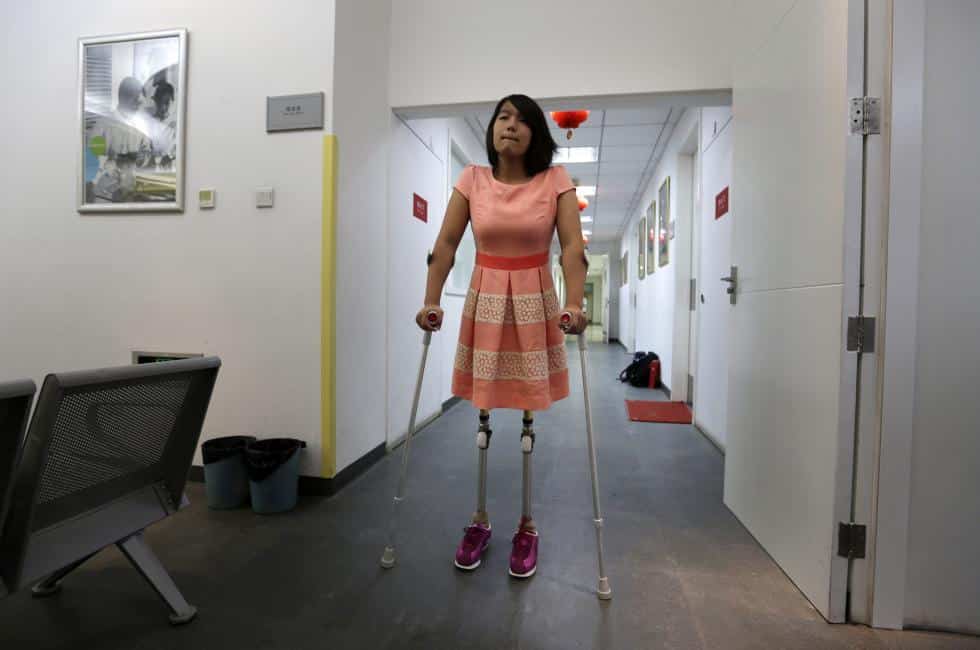 At the age of four, Qian’s legs were hit by a speeding truck in Zhuangshan in China and had to be amputated. Her poor family lived in a rural area in Yunnan province in southwestern China and did not have the means to provide a prosthetic leg.

They were left without a choice but to improvise. 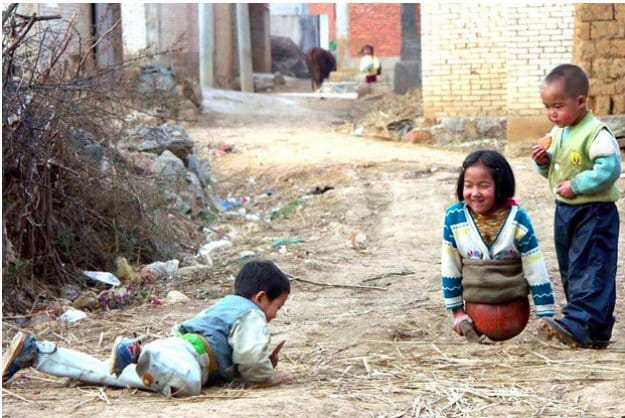 Young Qian was given a basketball cut in half to balance herself. 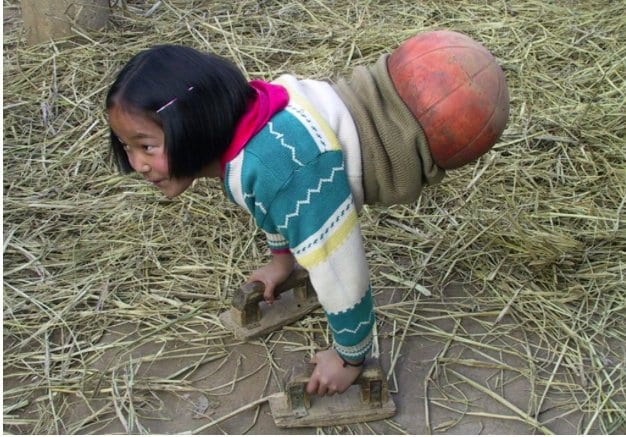 The little girl used her hands with help of a piece of wood to move around. 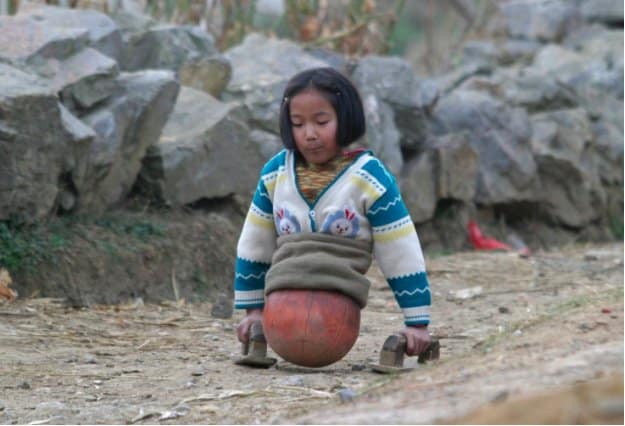 Because of her unusual situation, locals called her “basketball girl”. 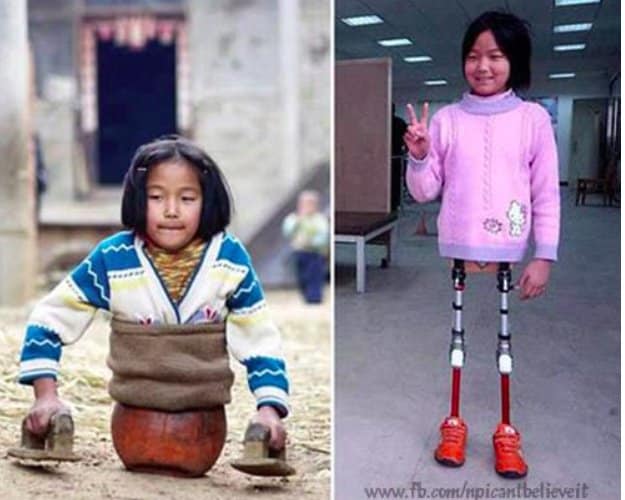 In 2005, 10-year-old Qian became an instant internet sensation after her photos were shared on social media.

Many netizens and numerous Chinese press took notice of the young girl’s struggle. This gave her the opportunity to receive free artificial limbs from China Rehabilitation Center in Beijing.

Qian received a larger pair of limbs in 2007. 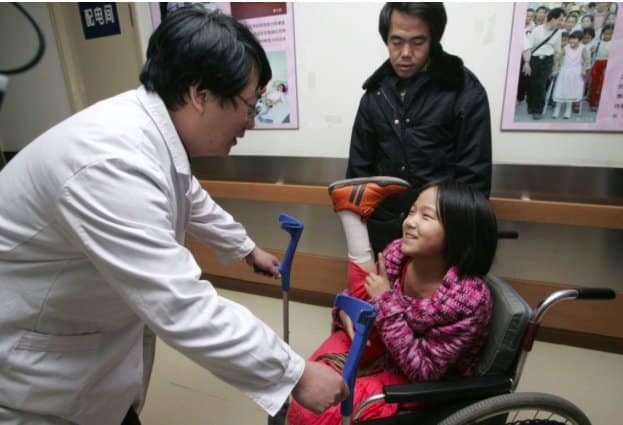 Unfortunately, her poor family cannot afford to provide more treatments for her. 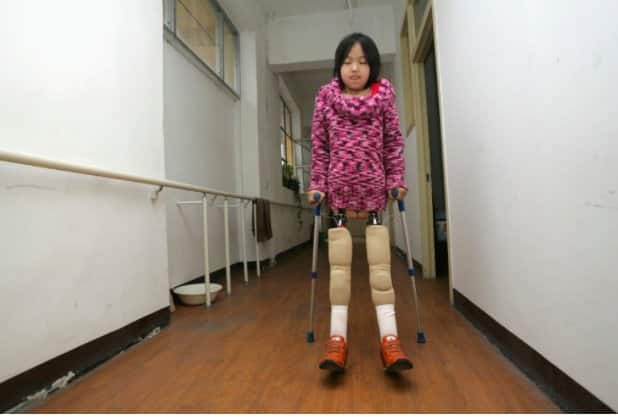 Not willing to give up, Qian thought of a way to go on with her life.

The courageous girl did the unthinkable by joining a local swimming club for the disabled. 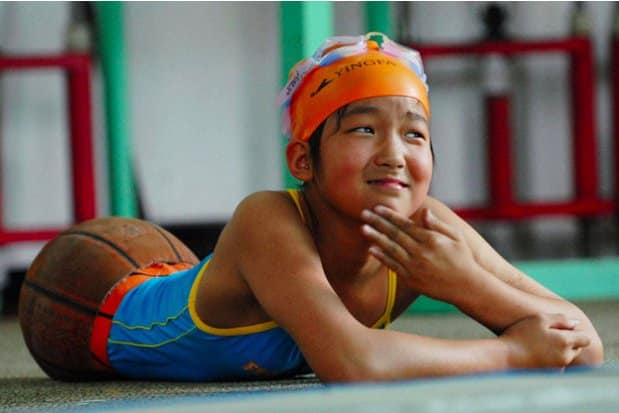 It was the first of its kind in China and was funded by the Yunnan Provincial Federation of the Disabled.

Initially, Qian found it difficult to learn to swim. 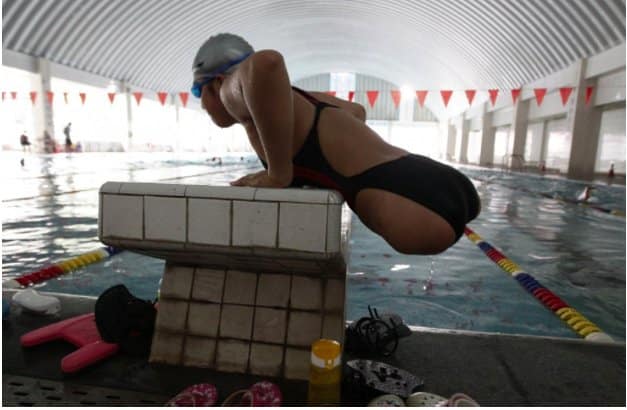 “It seemed there was no way I could float in the water. I choked.”

But Qian’s physical disability didn’t stop her from becoming a successful athlete. 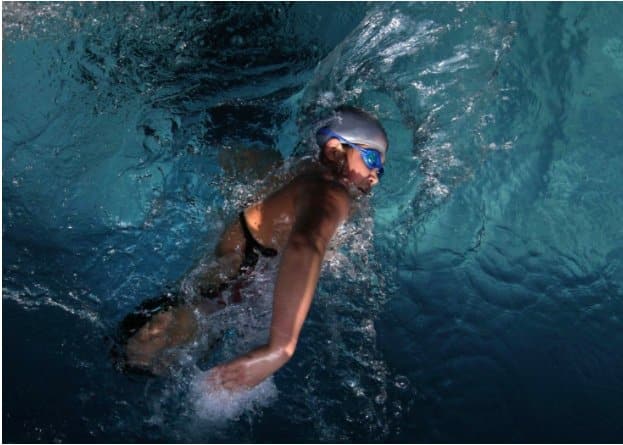 In fact, she trains four hours in a day and aspires to compete in the Paralympic Games in the future.

Qian received a new pair of prosthetic legs when she turned 18. 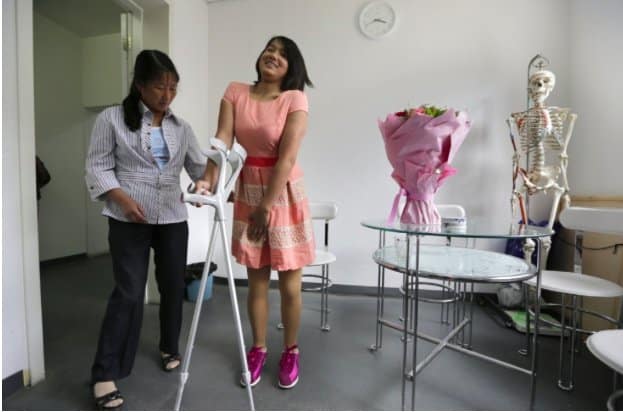 Speaking to BBC in 2008, her coach Li Ke-qiang revealed that disabled people were perceived negatively saying; “they thought they were all beggars, just asking for money.”

“But now, when they see disabled swimmers like these, they can see how hard they’re driving themselves. And that’s a start,” Li added.

Her unbelievable success has made her a celebrity in China… 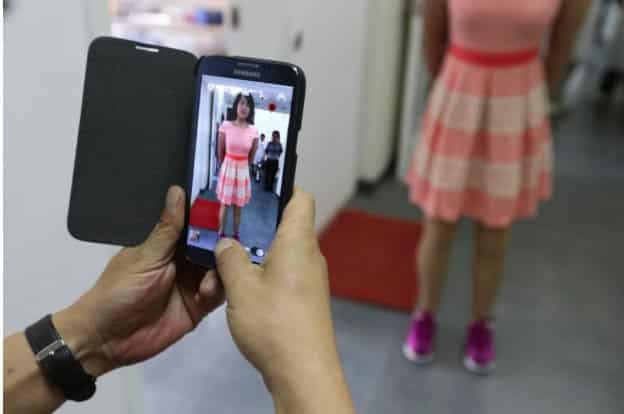 …but more importantly, an inspiration worldwide! 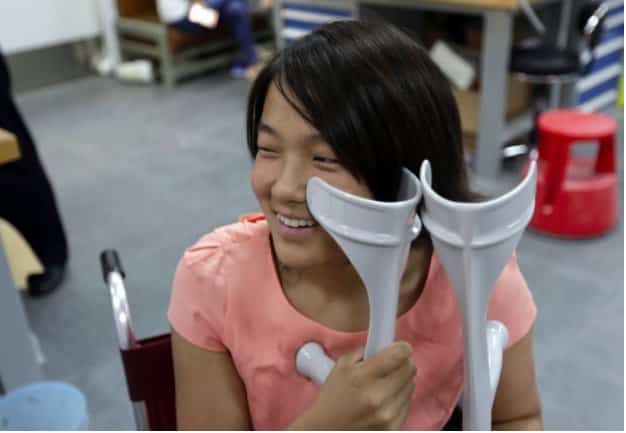 Meet The Man Who Doesn’t Take No For An Answer. Enviously AMAZING! 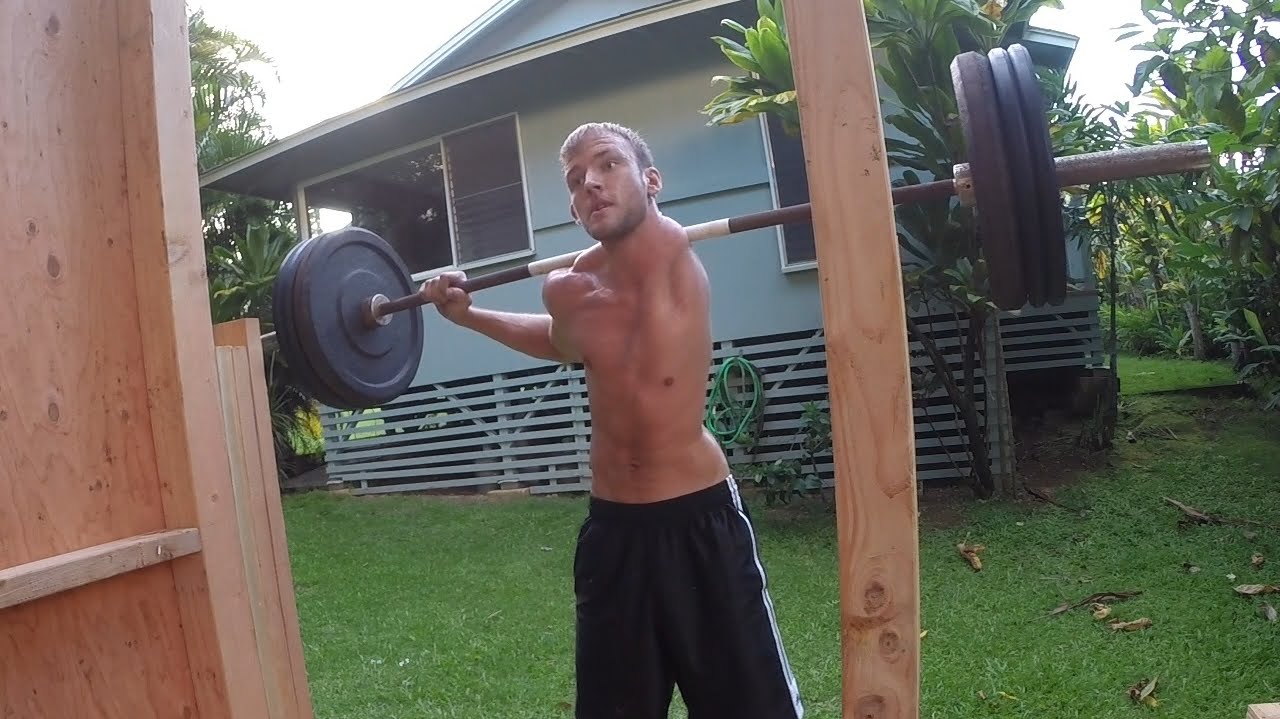