You may have watched all sorts of horror movies that could haunt you in your sleep, but what happened to this eight-year-old Chinese girl will probably give the goosebumps you have never imagined.

With her parents working from afar, eight-year-old Niuniu Liang had no choice but to live with her grandparents in a village near the city of Zhoukou, Henan Province in central China.

It was during a Chinese New Year visit when Niuniu’s father, 36-year-old Cai Liang, noticed the drastic transformation in his daughter’s body. It went from slender to deliberate skinny.

“I wanted to make sure she got some good meals but then I realized she was being sick after each meal, and my parents told me it was often a problem,” Liang said.

Alarmed by his daughter’s condition, Liang immediately had Niuniu checked. To their disbelief, the X-ray scans were able to capture the culprit for the mysterious malnourishment. A 2-kg massive hairball accumulated in her stomach, giving little room for food.

X-ray scans reveal a massive foreign object inside the stomach of the malnourished child. 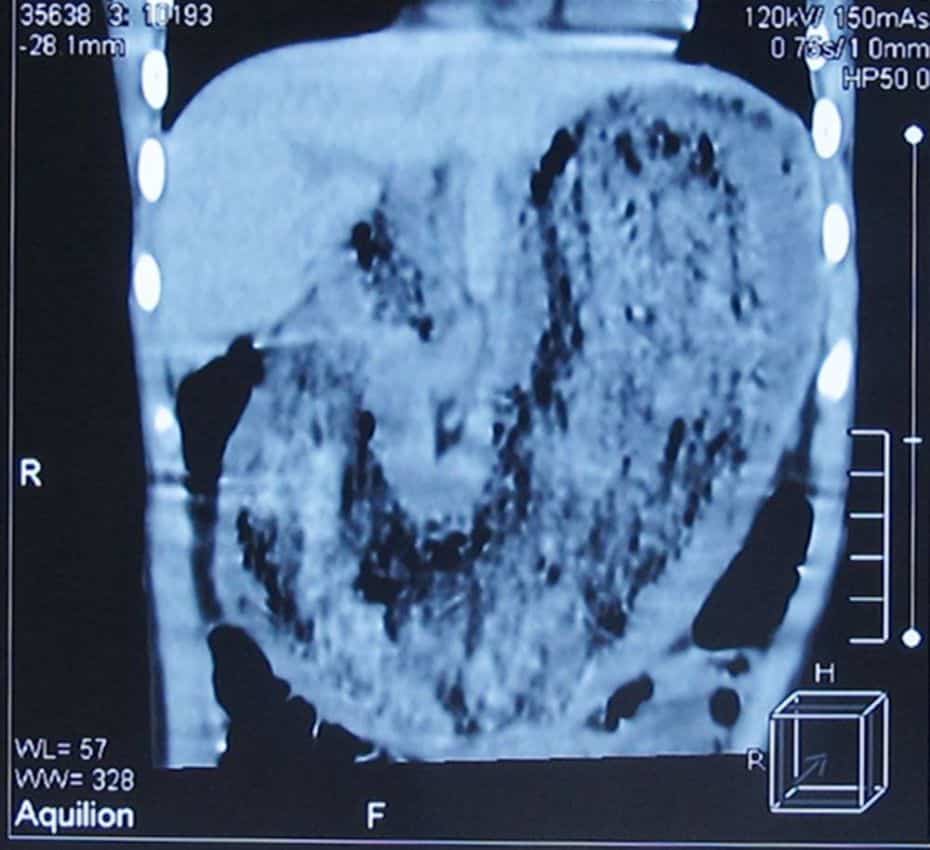 “We were always telling her not to chew her hair, but we didn’t have any idea that it would end up accumulating her stomach like this. When the doctors pulled it out after an operation it weighed almost 2 kilograms. It’s no wonder she couldn’t eat anything.” Liang recalled.

Meanwhile, doctors are eyeing depression as a possible cause of her condition saying: “She probably started chewing her hair because she was distressed at not having her parents around.”

Doctors were shocked after removing a 2-kg massive hairball from her stomach. 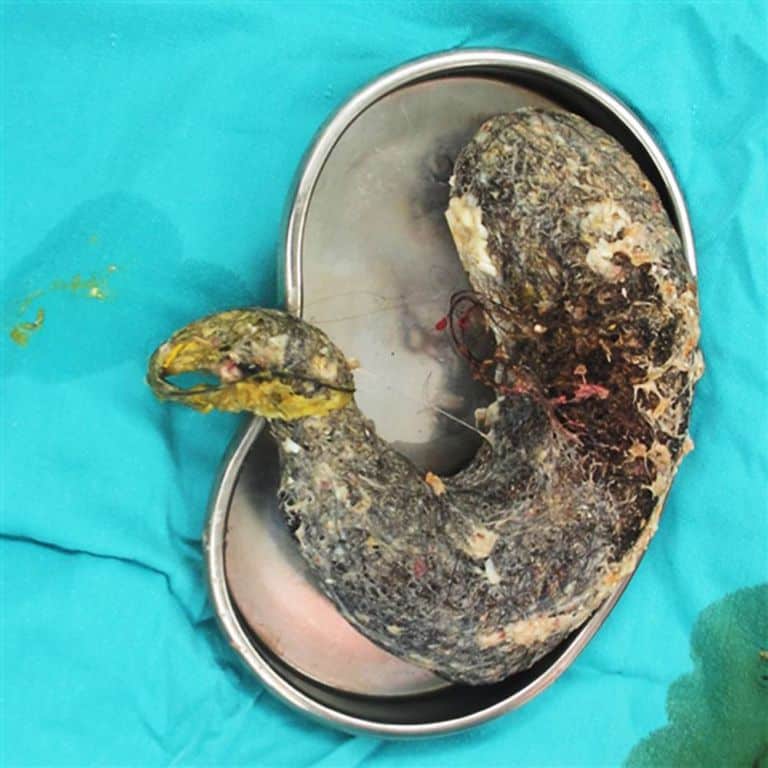 To date, Niuniu is recovering from surgery, with her father nursing her.

“I am going to see if either myself or my wife can make sure we are around as she is clearly missing her parents,” Cai said.

As disturbing as it may sound, this is not the first time that an incident like this made the headlines. Apparently, an 18-year-old teenager from Kyrgyzstan named Ayperi Alekseeva also suffered from the same disorder. Alekseeva acquired the hairball for several years of picking hair strands from the carpet and eating it. Reports say that she also had a habit of chewing the tips of her hair.

Apparently, Alekseeva’s bad eating habits has caused her severe pain for quite some time, thus disabling her from eating and drinking.

It was only after a careful examination that they found a 9-lb (4-kg) hairball in her stomach.

According to Bahadir Bebezov, the hospital’s senior professor of surgery:

“By the time we got her, she couldn’t even drink water. We realized we needed to operate immediately. It was actually the only alternative, nothing else would solve the problem. In fact, her stomach was so badly swollen from hair and bits of wool from the carpet that it literally just oozed out soon as the wall of the stomach was cut.” 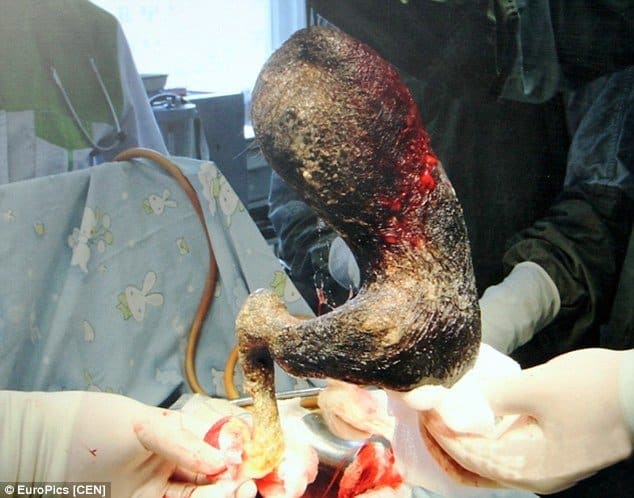 Although the disorder has become rampant nowadays, doctors are still puzzled about its potential cause. “Psychologically, apart from a habit of picking up hair from the carpet and eating it, the young girl was perfectly normal and healthy.” Meanwhile, Alekseeva is also on full speed recovery and vowed never to eat hair again.

As odd as these stories may seem, they are, unfortunately, true. Whatever the possible roots may be, everyone is advised to stay vigilant around their clan and to give the utmost support and proper guidance that every child needs.