Infuriated humans unleashed revenge on a giant anaconda that was trying to feed on a pregnant cow at a muddy swamp. While the predator was trying to squeeze the life out of its prey, these humans tried to play superheroes to scare the anaconda away.

A hungry 13-foot anaconda found a perfect prey on a pregnant cow having its good day time bath at a swamp in Venezuela. Having gotten the chance, the giant snake quickly wrapped its body onto the cow and started squeezing it to death.

This giant anaconda probably thought it found its best meal for the day. 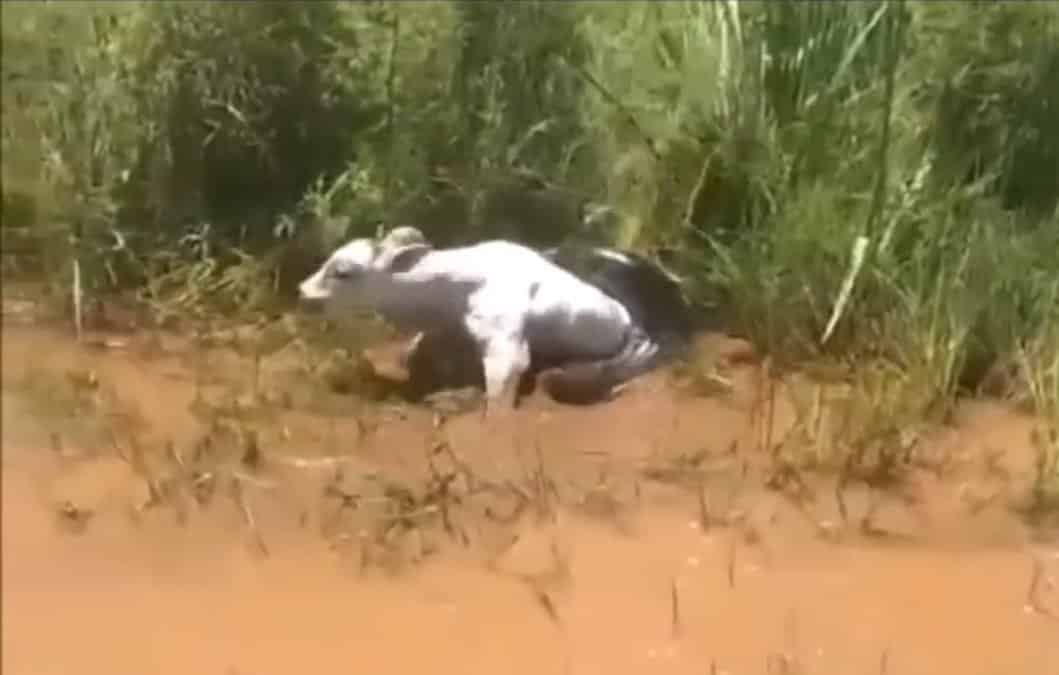 Around nine people though intervened the food chain and decided to fight the anaconda to save the pitiful pregnant cow. The bout was recorded in a video and was posted on Youtube last year, gaining over 11 million views. Some commenters were worried that the snake will come back after the humans and other expletive ladened comments expressed empathy to the snake that was only trying to “satisfy its hunger.”

Apparently, it chose the wrong prey. 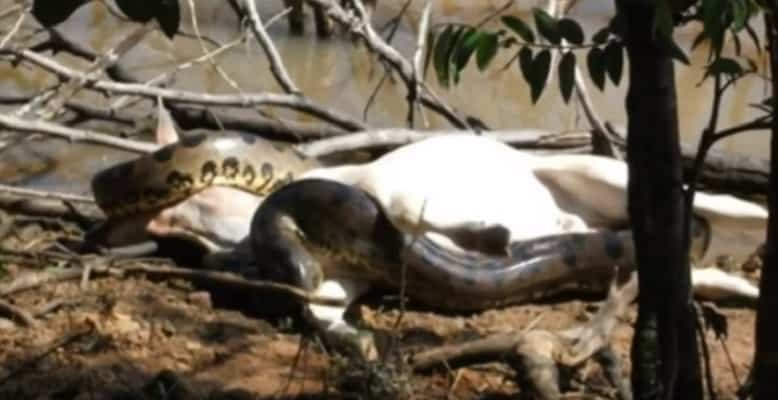 In the video, the anaconda lassoed on a cow was dragged out of the water. It appears that the people who tried to protect the cow attacked the enormous predator with a stick.

As seen on the footage, the anaconda tried to cling onto its meal for an hour before it finally gave up and released it.

This snake was trying to kill a pregnant cow, but people were on the way to save the poor animal. 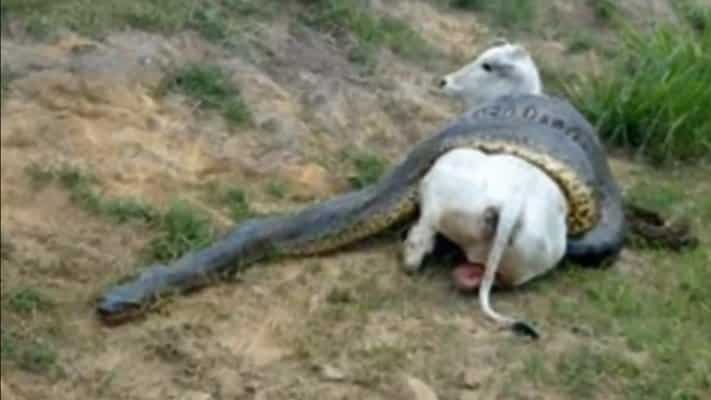 After letting go of the large mammal, the snake then tried to crawl out to the grasses, but the humans wouldn’t let it escape that easily. One can be seen trying to press down the head of the anaconda with a thick stick, while the others were trying to pull the snake from its tail. The anaconda tried to fight off its attackers but the humans were not easily cowed by the huge snake that can swipe them off, and they actually ended up dominating over it.

At the end, the anaconda lost its meal and probably its life too. 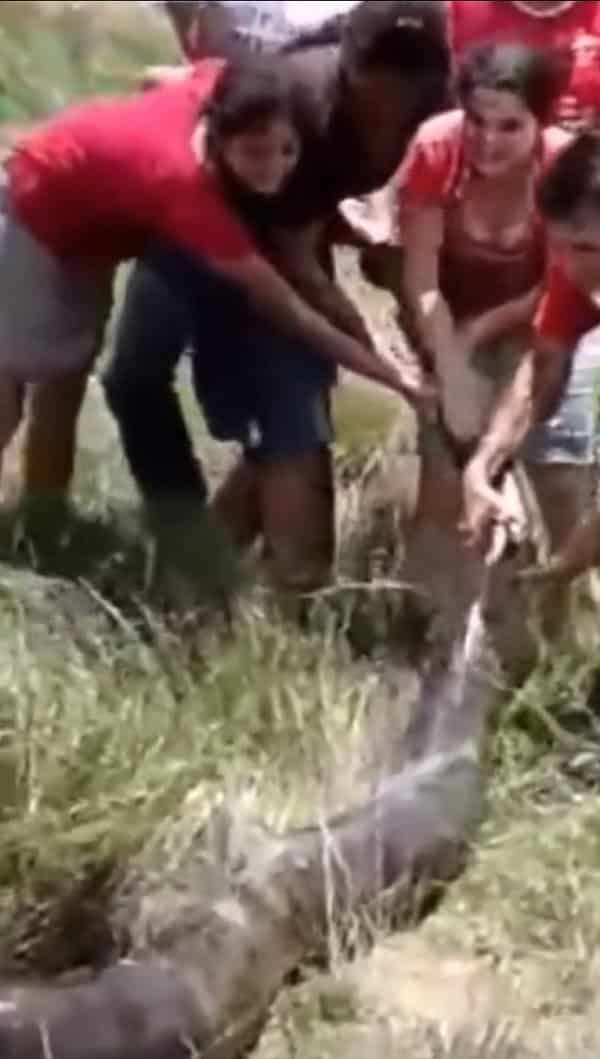 Towards the end of the video, the cow’s saviors can be seen carrying the snake, seemingly taking it somewhere. However, it was no longer mentioned in the footage whether the group of men and women killed the giant anaconda or they dumped it somewhere far from their area.

Watch the thrilling video of these humans trying to save the day from a giant anaconda.