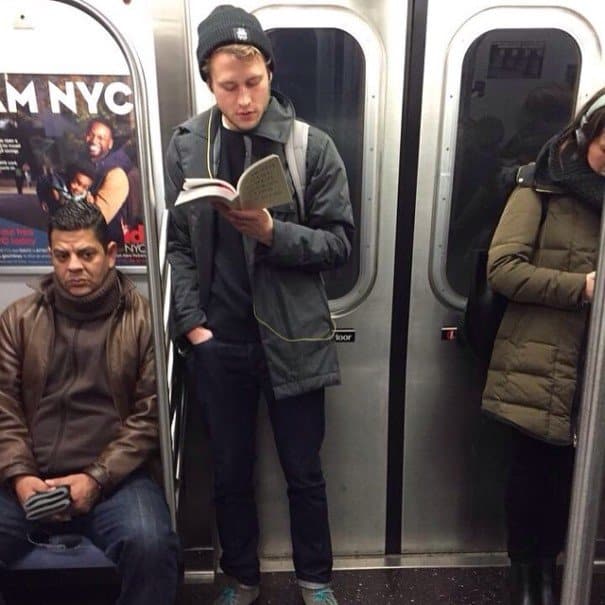 “Look at this Casual Casanova. He doesn’t know it yet but that book is all about how personal interaction is essential to city life. If only he’d look up from those pages. I want that beanie on my bedroom floor. #TheDeathAndLifeOfGreatAmericanCities” 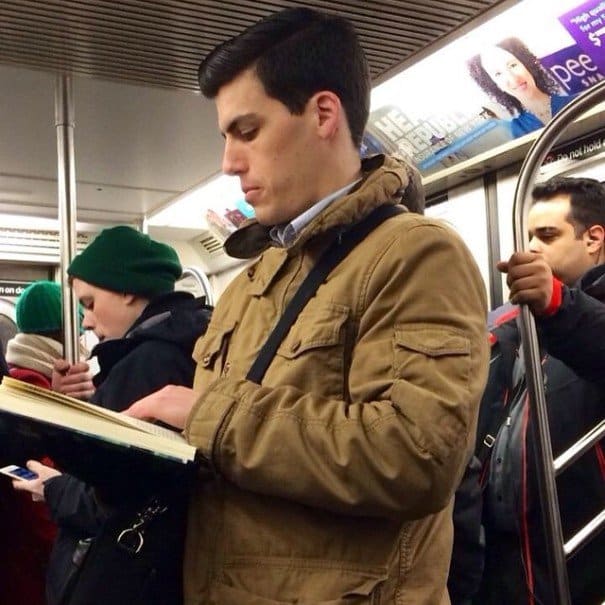 “Sigh. This Clark Kent look-alike seems to have just flown in from Krypton to spend some QT on the F Train with us mere mortals. I may have to pretend to faint so he’ll catch me but I’m going to let him finish the last few pages of 100 Years of Solitude first. #superman” 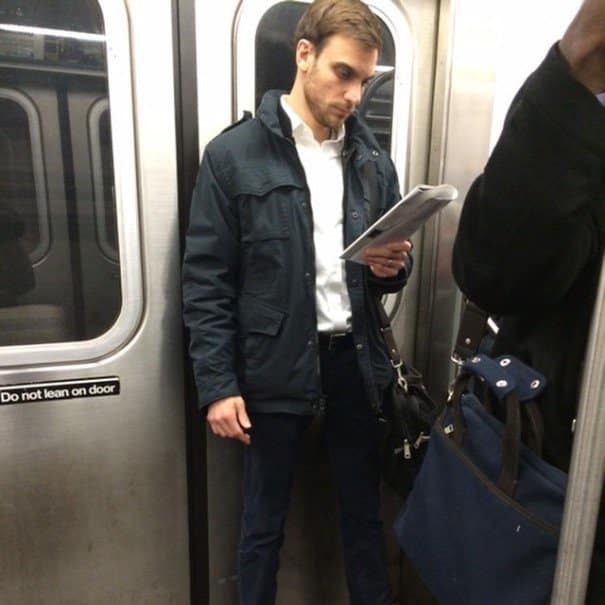 “Look at that wide power stance. No hands needed. This sexy stud owns the 4 train with the same confidence he probably exudes defending the zone at his pick-up hockey games. He’s not going to fall, but I already have. Hard. #theicemancometh”