Did you know that K9s aren’t the only animals who are trained to sniff out bombs and explosives? Believe it or not, these brave, intelligent creatures also risk their own lives to save human beings—rats!

However, these are no ordinary rats; they are African giant pouched rats called “HeroRats” and they are specifically trained to detect landmines and explosives that have been left by war.

These landmines are responsible for the death of thousands of people every year. But thanks to the hard working pouched rats, at least 56 countries are being cleared of these volatile weapons. Not only that, these giant rats can identify people with tuberculosis. Early detection of this disease is vital for the person’s diagnosis and treatment.

A non-profit organization known as Anti-Personnel Landmines Detection Product Development (APOPO) is behind these HeroRats’ training.

The HeroRats with their handlers. 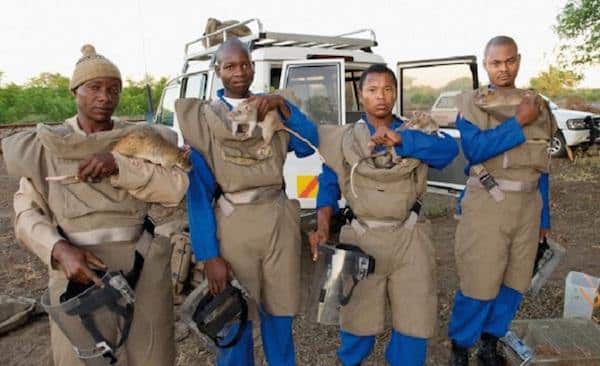 The organization is spearheaded by a Belgian national named Bart Weetjens, a former product designer who left his job to further investigate the issue of landmines in Sub-Saharan Africa.

The “perfect mine detectors”- rats have a keen sense of smell and are highly intelligent. 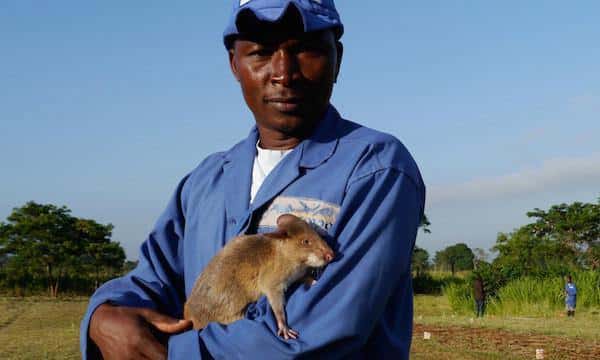 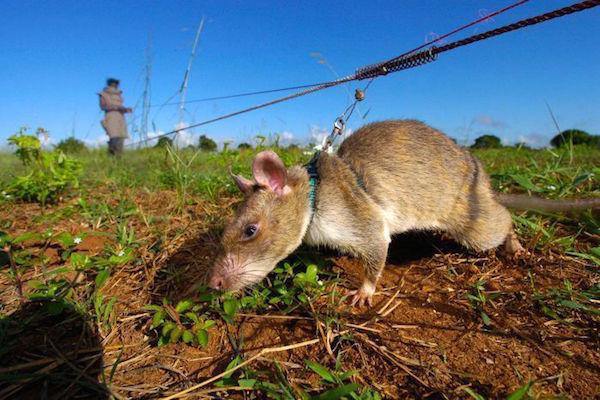 But they’re big enough to be seen by humans in the field. 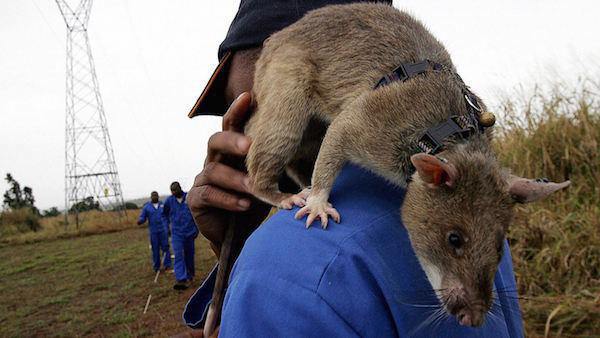 Trainers use positive reinforcement techniques to train the giant rats. 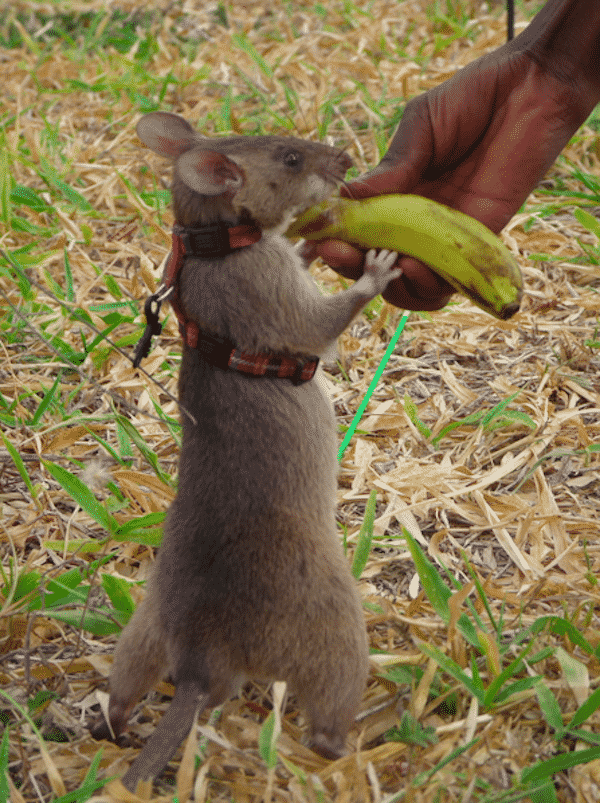 In a span of 20 minutes, these giant rats can cover at least 200 square meters 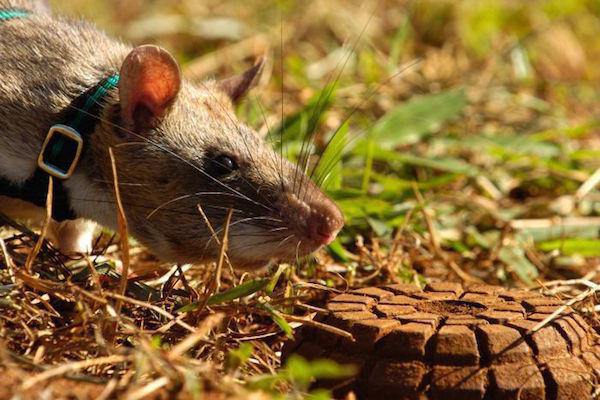 …which would probably take humans carrying metal detectors five days to clear out the area. 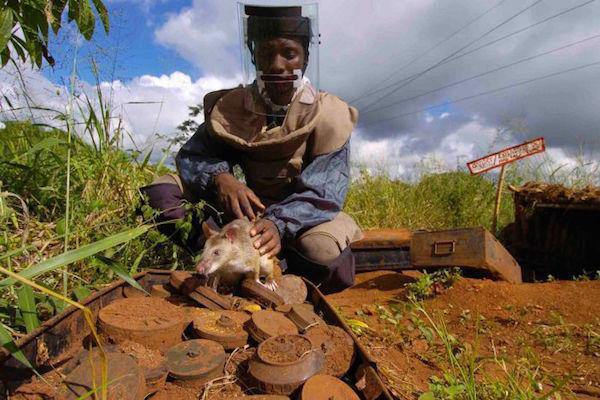 The rats know how to warn their handlers if there are explosives in the area. 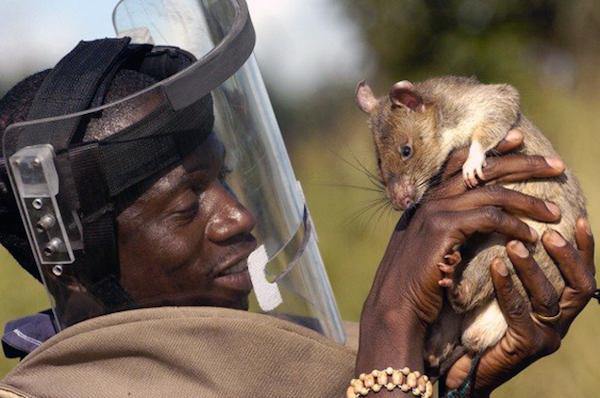 No HeroRat has been killed on duty as of yet. 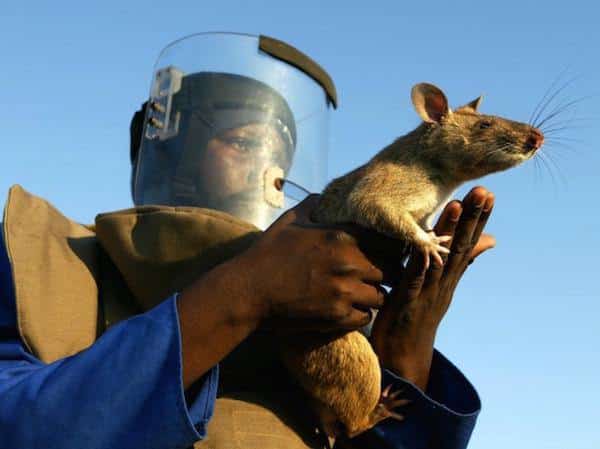 HeroRats are given the privilege to retire after six years. 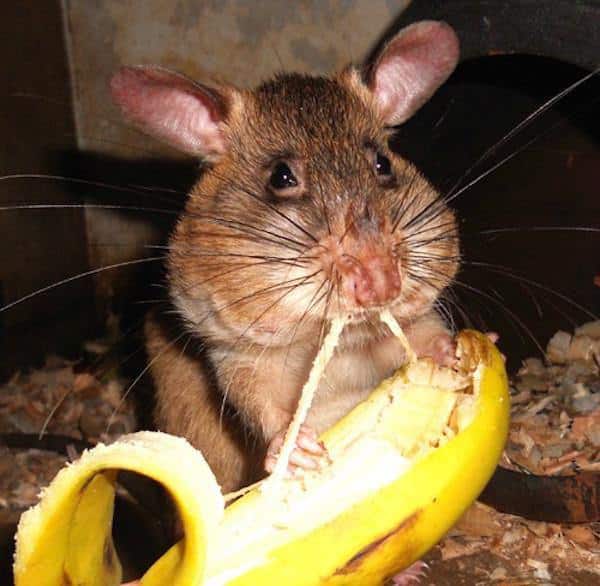 Once retired, they will just spend their days resting and eating fruits such as bananas, apples, and avocados.

Watch how these HeroRats are trained: