Bystanders were shocked to see a K9 unit biting off the arm of a suspect who was already down on the ground and handcuffed. The handler was unable to control his dog, which appears to be intent on latching on to the suspect’s arm.

The man, who was arrested in San Diego, California, sustained a large open wound after the dog wouldn’t let go of his forearm. The incident was captured and posted on Facebook by netizen Angel Nunez.

Nunez wrote about the video:

“This K-9 officer had no control of his K-9. There is something definitely wrong with this picture. The officer doesn’t seem to have the proper training. Also, that dog is not well trained.”

The suspect and the police officer had a talk before the K9 unit bit the suspect in the arm. 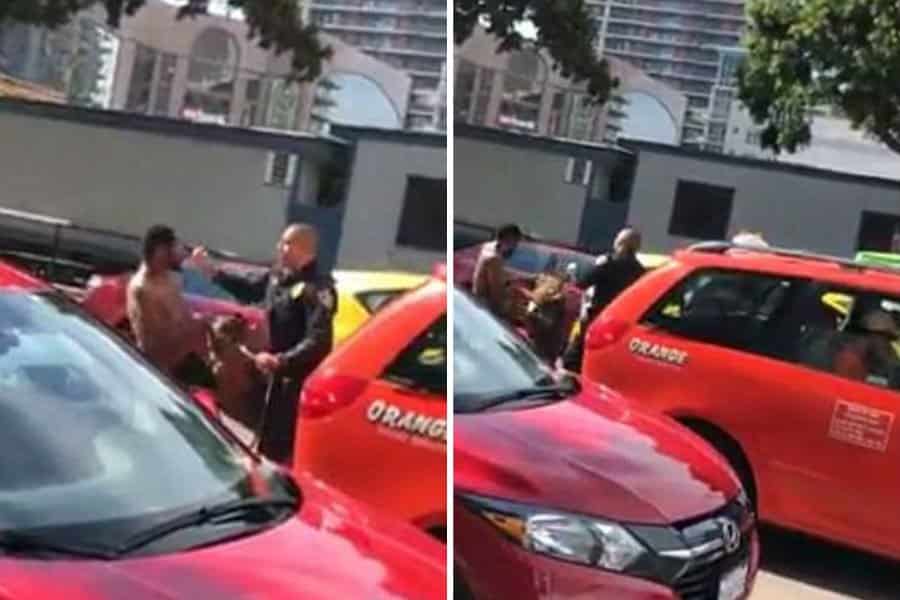 As you can see in the video below, the man appears to have been talking to the police officer. It was not clear as to what they were talking about before the K9 unit decided to grab the suspect’s arm with its jaw. The man was forced to lie down on the ground as the officer asked him to show his hands. The alleged suspect can be seen giving his hands, shouting, “It’s right here! It’s right here!”

One bystander can be heard in the video saying, “You have no control of your dog whatsoever? Are you kidding me?”

The suspect was already handcuffed and down on the ground… 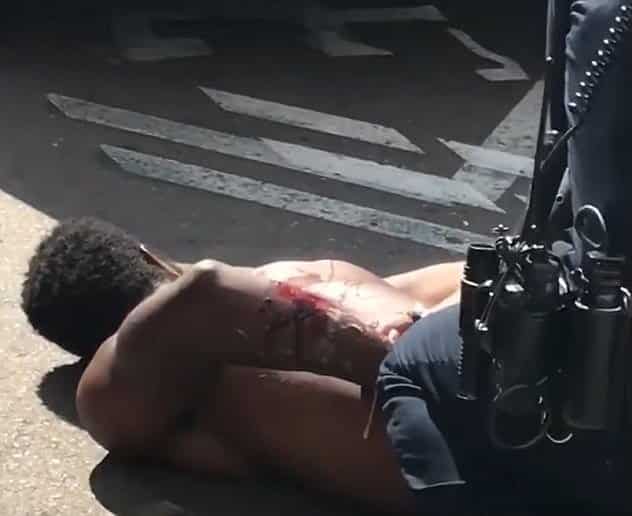 But the K9 unit just kept biting at his arm. 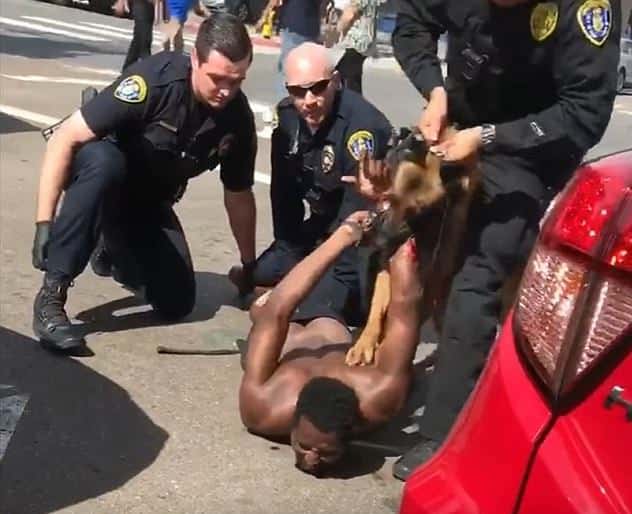 Despite the suspect surrendering to the police officer, the dog kept biting his arm. Shortly after, blood started to gush out of the suspect’s arm. Two police officers then joined the scene, asking bystanders to back off.

The Internet is divided once again after seeing the video. Some people think that the police was just doing their job. Nunez’s clip didn’t show much of what happened earlier before the dog attacked the man.

“Police have to deal with violence every day. Their lives are endangered constantly by criminals,” one commenter said. Others sympathized with the handcuffed man, saying that the dog should be put down and the police should be held responsible.

San Diego police Lt. Scott Wahl has already issued a statement (via San Diego Union-Tribune) addressing the controversial video and noting that the K9-unit adhered to the police department’s policy.

“While these videos can be graphic in nature to view, keep in mind our canines are extremely effective at deescalating situations and preventing elevated levels of force to take people into custody.”

People may have mixed reactions based on what they’ve seen on the video. But according to Wahl’s report, the canine officer was sent to respond to a 911 call about a man who’s behaving erratically. Witness accounts have it that the man was jumping on cars, running in and out of traffic, and even challenged people to a fight. It was also reported that the suspect punched a cab driver and tried to steal someone’s motorcycle.

What do you think of the video? Let us know your thoughts in the comments section below.