We are all trying to find a more affordable way to power our homes. But is it time to consider using hamsters to provide eco-friendly energy in your house? It might sound impossible yet a new video breaks it down so the idea could be a plausible one.

The YouTube channel Today I Found Out is known for debunking urban myths and frequently asked questions. Recently, they decided to answer an inquiry posed by a follower. “How many hamsters running on electricity generating wheels would it take to provide enough energy for an average American household? Would this be cheaper than coal electricity?” The response will surprise you.

If you think you only need a few critters for this project, you’ve got it all wrong. 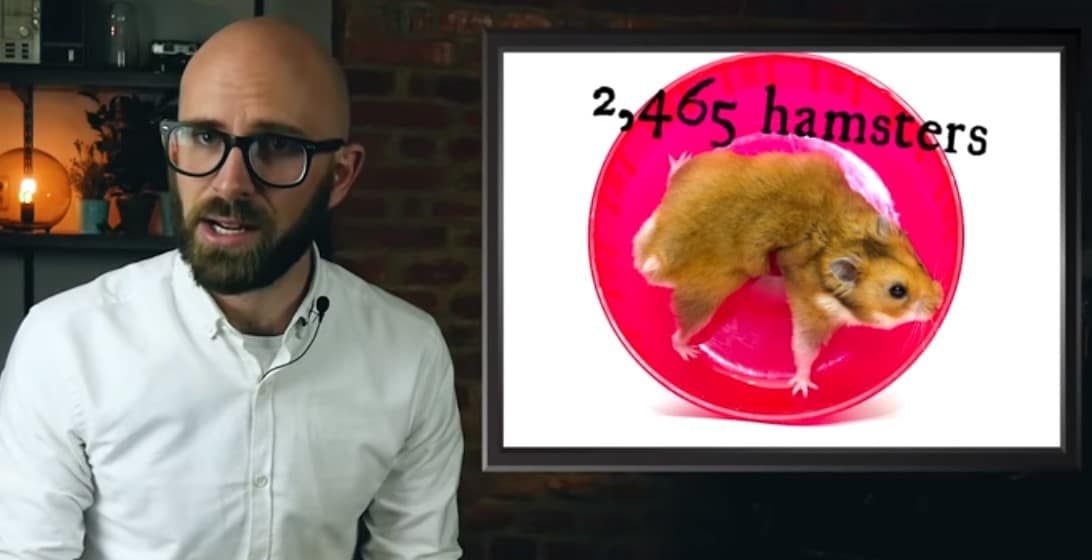 The video starts out by pointing out what everyone is thinking: using hamsters to create energy is a weird idea. However, it is not exactly far-fetched since people once bred dogs for the sole purpose of “just walking along at a steady pace on a giant wheel.”

So can it work? Here are the facts. An average American home could use about 38,880 Megajoules per year. One hamster could only work up to 0.5 joules per second when it’s running in its wheel. Therefore, one house would need approximately 2,465 constantly running hamsters to generate enough energy annually.

Now here’s a dilemma. Hamsters need to rest and eat every once in a while. This means you’ll need to employ more little runners to take turns on the wheel. The grand total of hamsters required is about 486,000 every year.

But is it cheaper than coal electricity? Considering all the amount you’ll be spending on the upkeep of your hamster horde, the short answer is no.

You might still want to consider the option. It’s still possible to breed hamsters that only want to run in their wheel all day. Or you can do what those people did and try it with dogs instead.

Interested in all the details for your hamster army? Check out the full video: