Dealing with electricity is a seriously dangerous thing, which is why linemen are always required to put on safety gear and have the proper equipment when out in the field. Unfortunately for one man, he didn’t realize the importance of these tools and ended up losing his life in a tragic and horrific way.

A video of the shocking incident involving electricians has been making the rounds online. A group of men can be seen moving a metal ladder when one of them suddenly caught fire.

These men are believed to be working on the powerline. 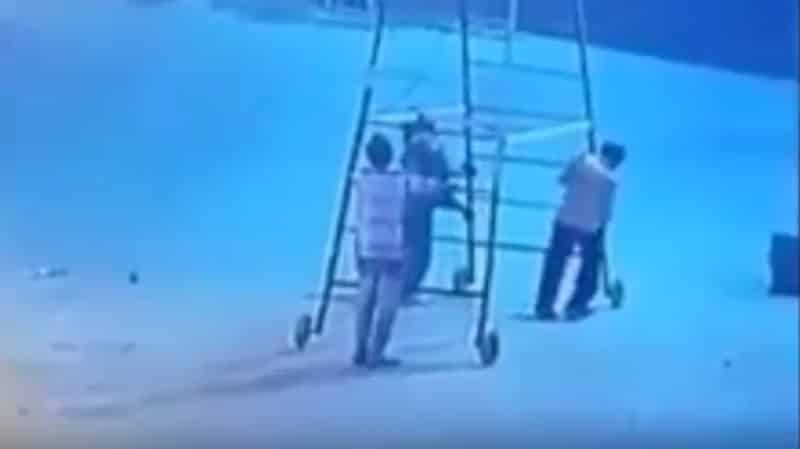 One man is said to be walking barefoot while handling the metal ladder. 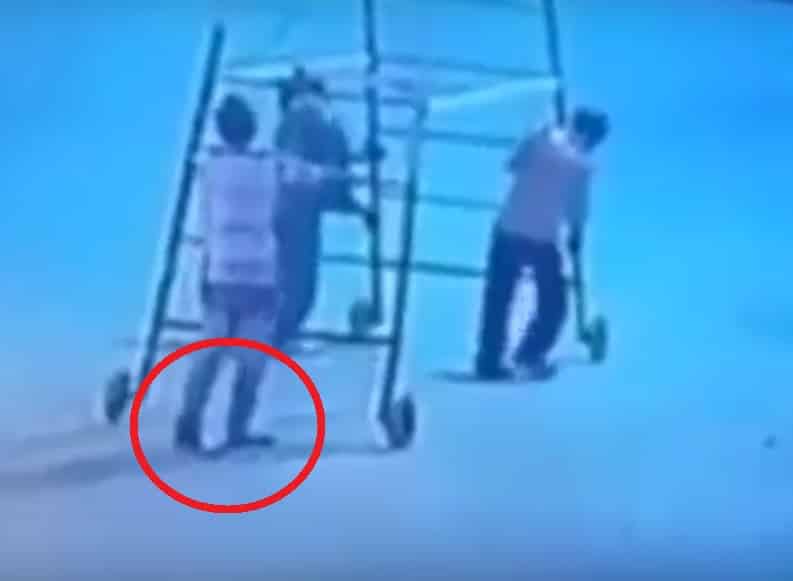 The victim was zapped after it was believed that the ladder got entangled in the power lines. According to a report, the man was instantly killed but can still be seen holding on to the metal ladder.

The fire started from his feet and slowly, the poor victim’s body started to burn up. One of the men in the scene tried to rescue him but it was much too dangerous and there’s nothing that he could have done at that moment.

A man tried to push him out of the way with hopes of saving him.

A man tried to push him out of the way with hopes of saving him. 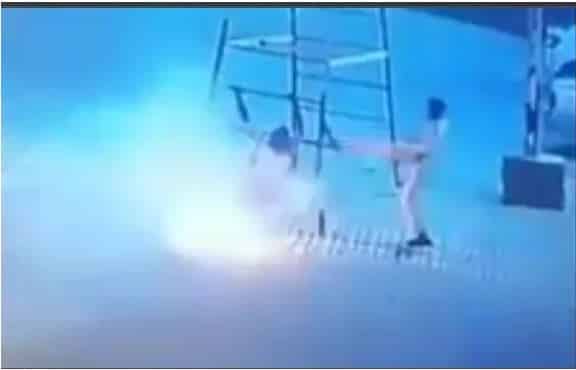 But his effort was futile; the video shows the body burning up in minutes. 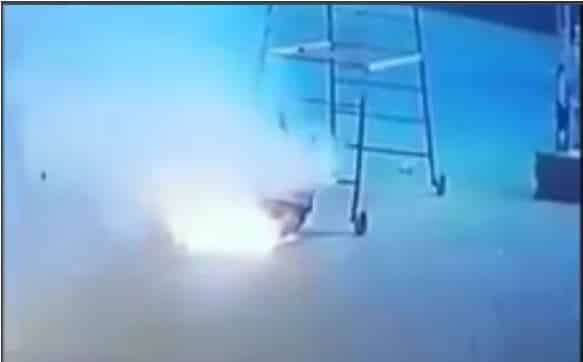 This should be a reminder to always wear the proper gear when dealing with electricity. Fixing any issues with electricity all by yourself without proper tools is too risky. Even a lineman’s job is risky – in fact, theirs is one of America’s most dangerous jobs. There are 21.5 deaths in 100,000 workers of power lines, according to CNN.

As for the video, no one knows where this happened or when this was taken. Watch it below.