Did you know that poor hygiene can actually be a sign of depression? Yes, you read that right. Depression doesn’t only push one to extreme sadness but it can also make simple tasks (such as maintaining personal cleanliness) seem difficult, if not impossible, to perform.

Such is the case with a 16-year-old girl who recently visited Kayley Olsson, who works as a hair stylist at the Capri Waterloo salon in Iowa, to shave her tangled, messy hair. “Just cut it all off,” the depressed teen said.

Olsson, however, refused the request.

Instead of shaving the girl’s matted hair, Olsson decided to do something else. 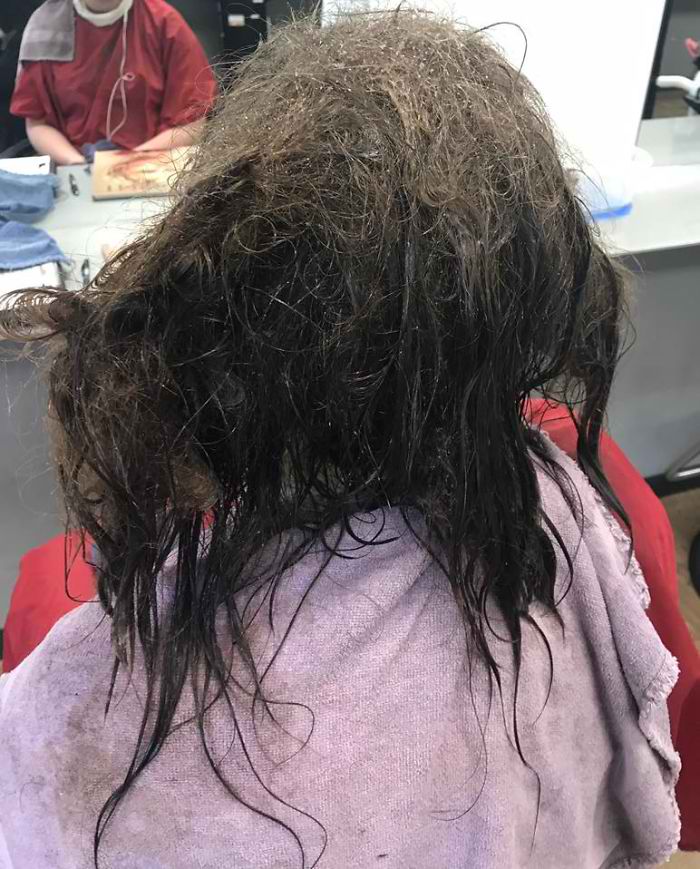 What the kindhearted hairdresser did instead was to spend “a record-breaking 2 days and 13 hours to restore both the young lady’s hair and her confidence,” according to a BoredPanda article.

When she was finally done, Olsson, 20, took the time to share the before and after photos of the girl’s transformation on Facebook.

The haircut that made a depressed teenage girl say “I will actually smile for my school pictures today.” 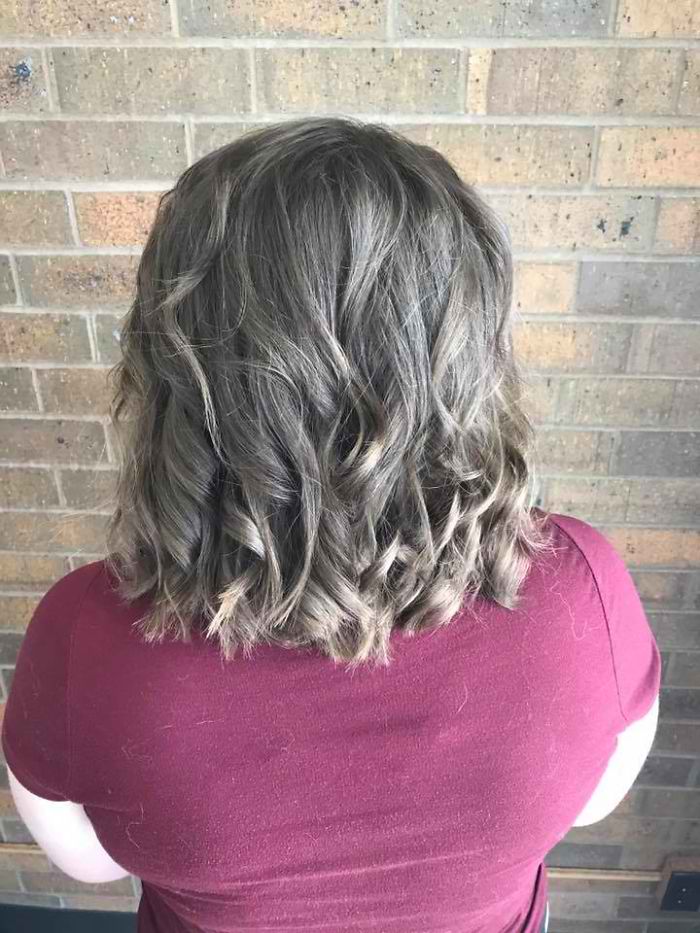 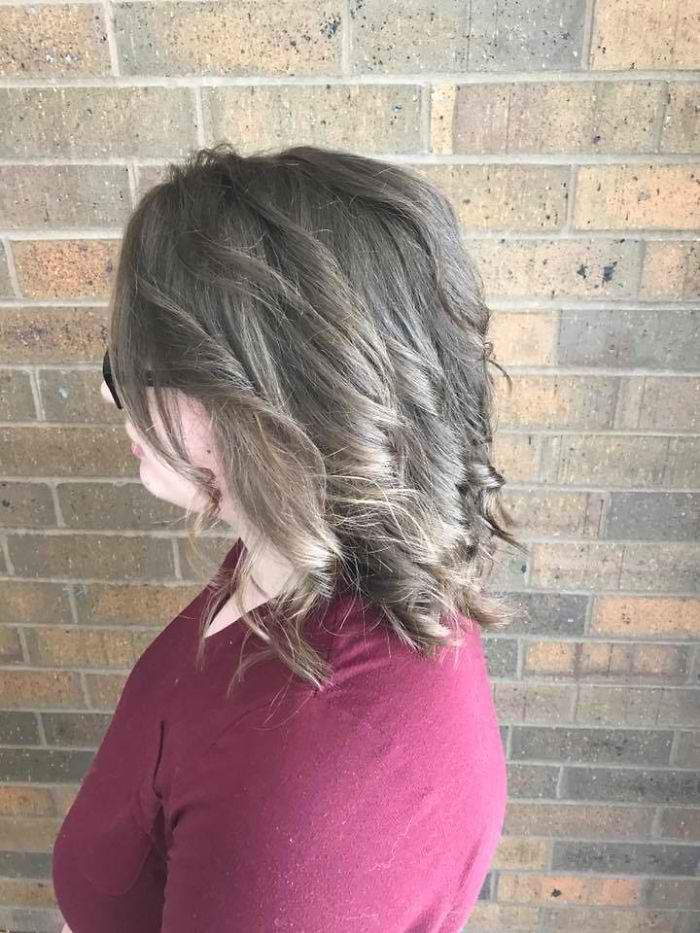 Eventually, many hailed Olsson as a hero for her kindness and for a job well done.

However, others quickly condemned the girl’s parents for their negligence. 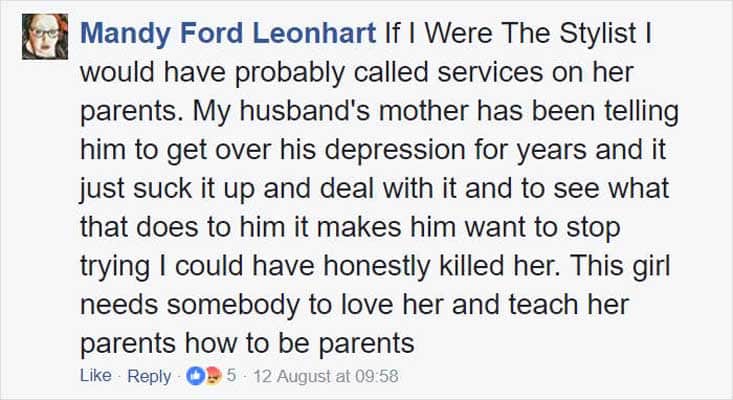 Meanwhile, this netizen took the time to explain depression further in the hopes of enlightening people about the mental condition. 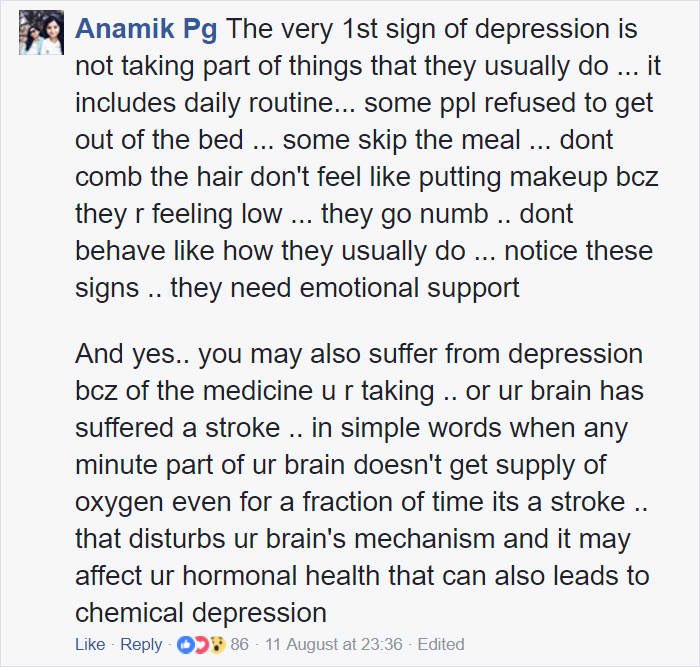 Well what else can we say but kudos to this exceptional hairdresser who totally went out of her way to help a poor young woman out. She not only made the teen look better but she showed that, yes, someone cares for her in this world.

If you or a loved one is suffering from depression, never hesitate about seeking professional help.