Alan is a homeless war veteran. But instead of begging for money, he tries to spread happiness and smile. When this guy named Rob Anderson found out about Alan, he knew he must do something to help. But how he did it was quite shocking!

He approached Alan and took his sign only to tear it to several pieces as the poor man watched with no objection. I was about to start yelling at my screen until I realized what he was doing. And now I can’t stop smiling!

If you also want to help Alan, the man seen in the video visit GoFundMe. If you think this story is fake or staged, visit this page. It contains the updates and more information about Alan. Rob clarified that Alan is not an actor or “in on it”. He urged skeptics and negative people to go out and do good in the world today!

These Two Play The Piano, But When They Start Stripping, I Can’t Stop Laughing! 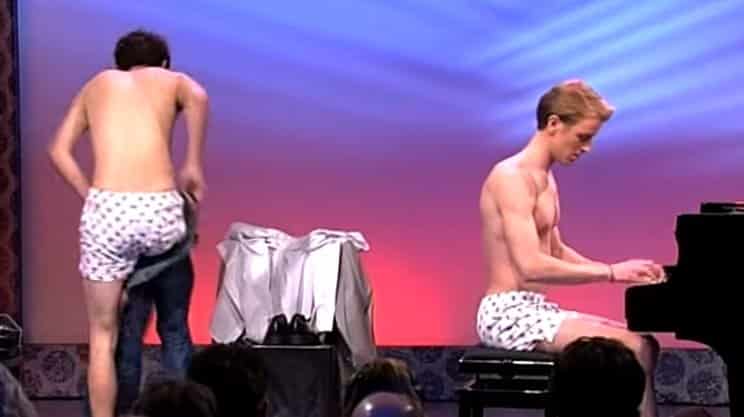