Anacondas are some of the most feared type of snakes. They are literally big, bad and very dangerous. In fact, the movie “Anaconda” is probably one of the most note-worthy flicks of all time. How could one ever forget those chilly and heart-racing chase scenes all throughout the movie, not to mention the iconic wink of one character after the anaconda swallowed and retch him out?

We guess, this guy in the video below was not able to watch the film. The video shows that the person behind the camera fearlessly tapped the nose of the anaconda several times. We do not know how he/ found the hidden anaconda, but one thing is for sure, that anaconda was severely angry for being disturbed in its natural habitat.

Watch what happens after the person rudely poked the mighty snake:

That person is really lucky that nothing serious happened to him. Oh well, maybe just a lifetime fear of snakes. But let this video serve as a reminder for us all that we should never disturb any animals for our own pleasure. We do not know how they think so let’s stay safe by merely marveling at their existence without going overboard.

Fishermen Wakes Sleeping Anaconda And Gets What They Deserve 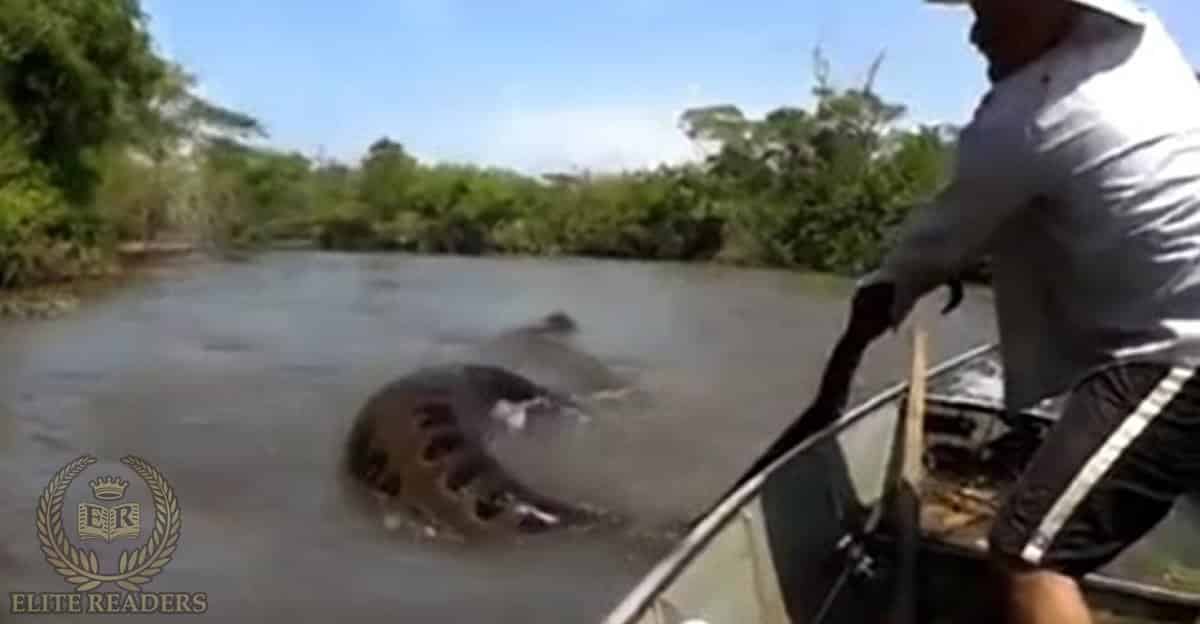