There are instances that make us question our faith in humanity. Meanwhile, there are also stories such as this that make us believe in the innate goodness of every person. If you’re having a bad day today, this one will surely make up for it.

A student from Edmonton in Alberta, Canada named Derek Murray parked his car during the day without realizing that he left its lights on. Thinking that it would easily drain his battery, a good Samaritan went out of his way to help Murray. 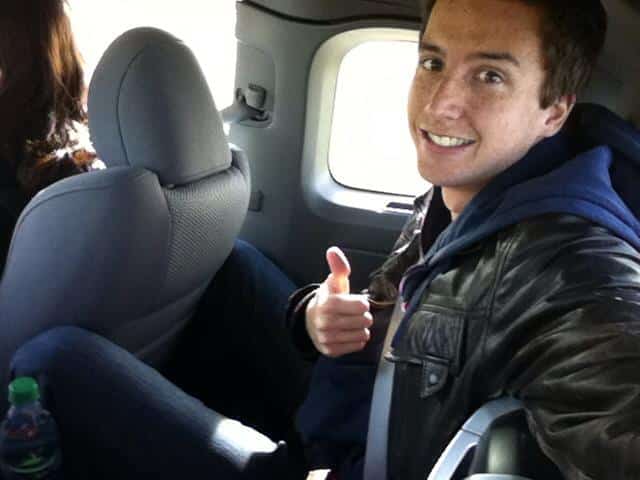 When Murray came back, he was surprised to see a battery charger, an extension cord and a note with detailed steps on how to jump start his car which he successfully did, all thanks to the stranger who made it happen.

The note from a good Samaritan who just saved Murray’s day which he posted on Facebook  and quickly went viral. Wow! 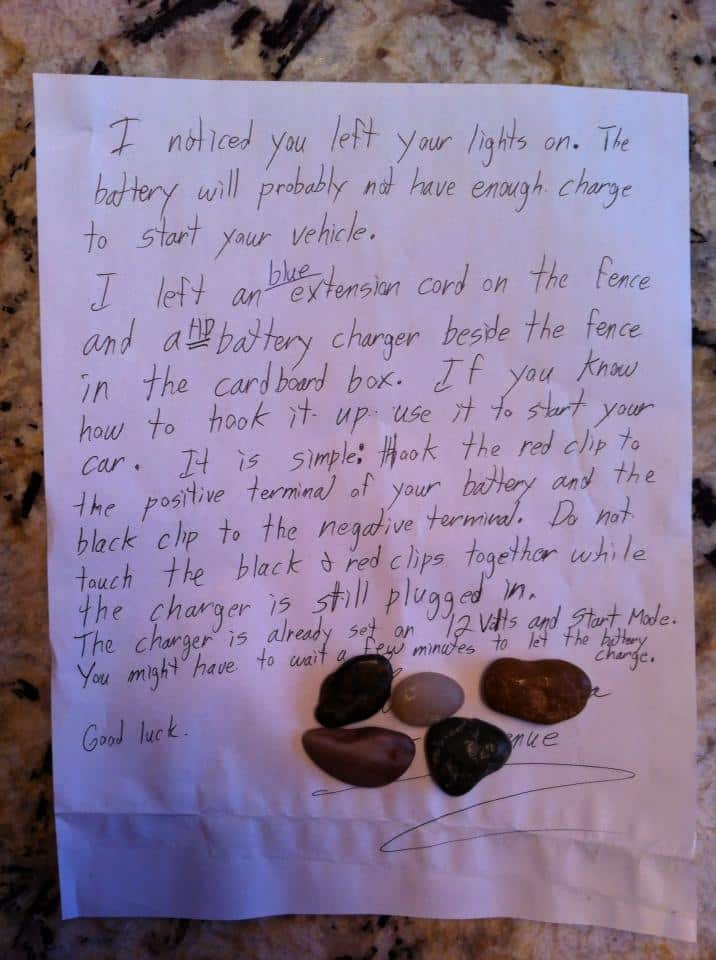 Still amazed by the kind gesture from someone he doesn’t even know, he took a photo of the note and posted it on Facebook where it quickly went viral, Edmonton Mayor Don Iveson even retweeted it. The good Samaritan was also offered two tickets to a hockey game while Murray is hoping to meet and thank the kind stranger in person.

‘It just shows you how such a pure act of kindness from one person can just spread through everyone and help make everyone’s day a little brighter,’ Murray said.

That’s one great way to make someone’s day! Being kind never goes out of style and whoever you are, bless your kind soul!