We all know that someone who can see beauty where others only see trash. These creative types can fashion the most incredible works of art from items one usually just throws away.

Take Alan Padziński, for instance. A blacksmith by trade, Alan lives in Przemyśl, Poland with his girlfriend, Jagoda and their toothy dog, Caliph. 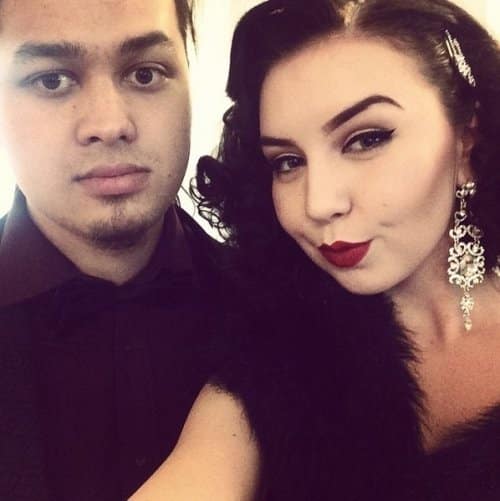 This particular toothy dog got his jaws on one of Jadoda’s favorite pair of heels one day. Hearing Jagoda cry out, Alan hurried into the house and beheld a guilty dog, one hopelessly ruined shoe, and a distraught girlfriend. 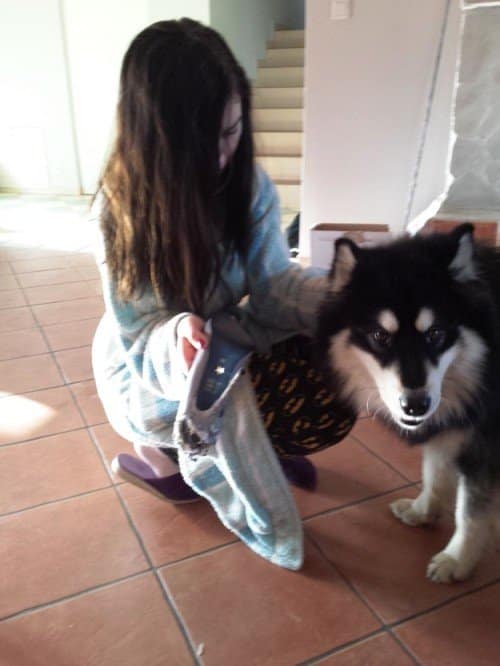 Alan took one look at the gnawed out footwear and hurriedly consoled Jagoda. He assured her he could fix it despite her obvious skepticism. 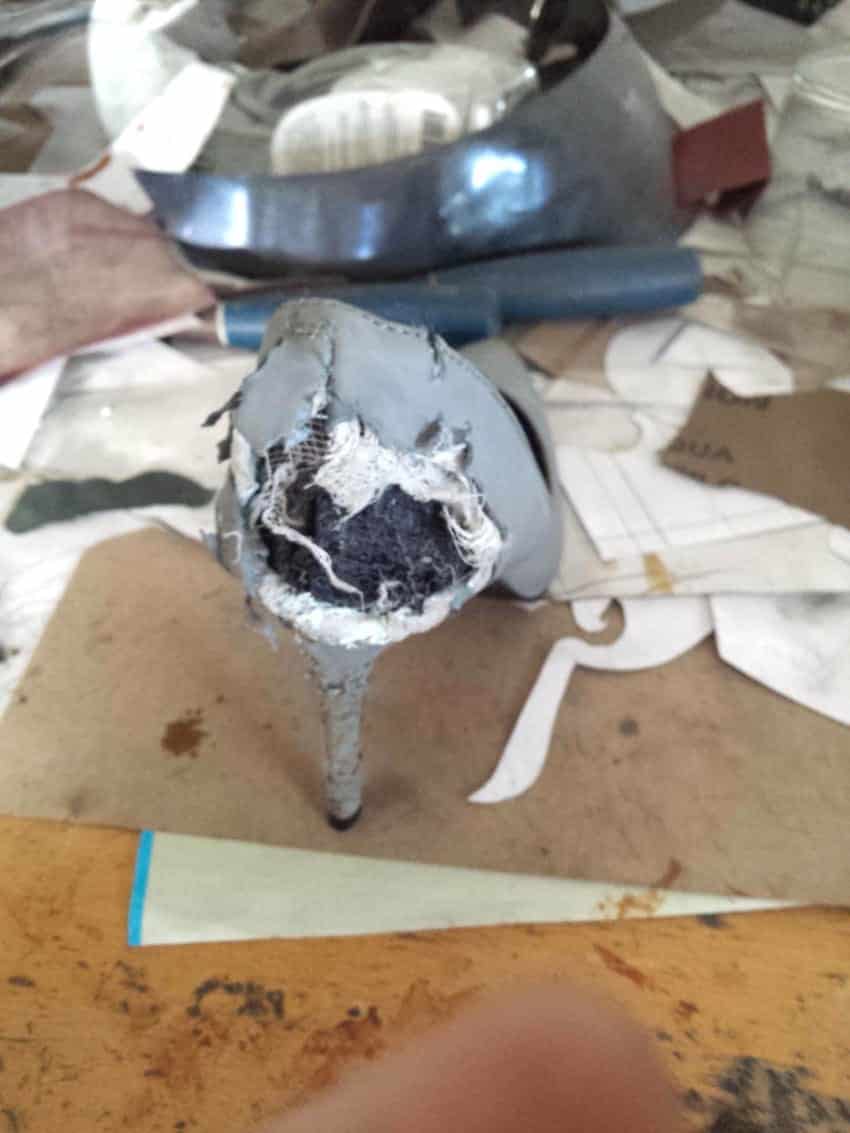 Chewed to the bone. 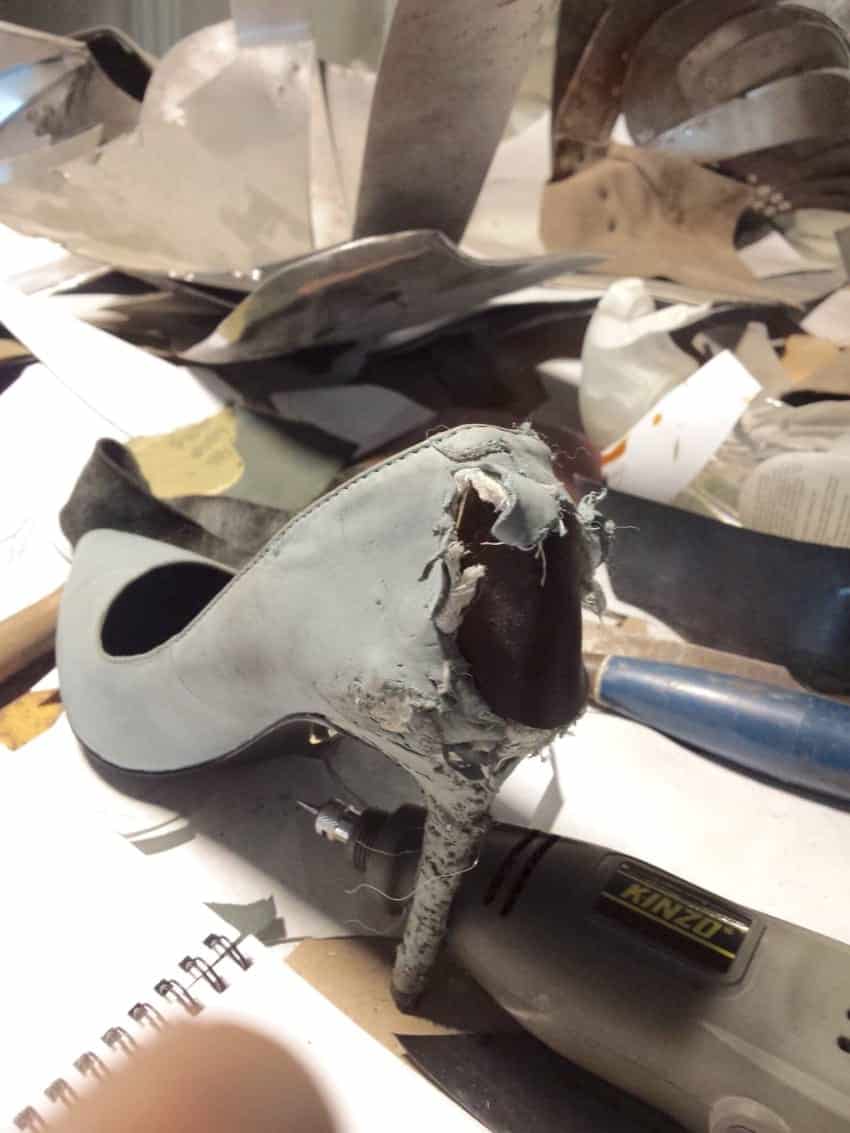 True to his word, Alan began work on the project with a few sketches of designs he had in mind. 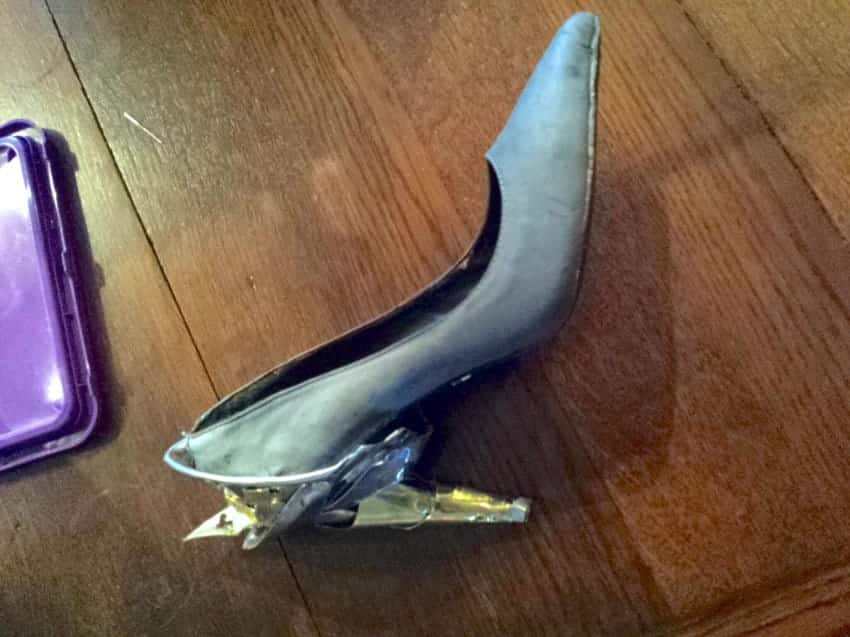 He had several ideas floating about in his head, and finally came upon one that worked. 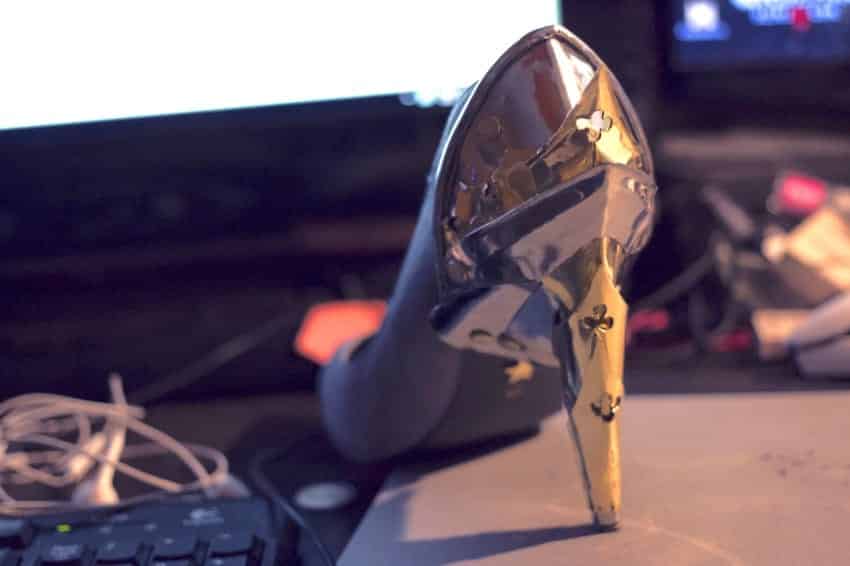 Mind you, Alan isn’t a shoe designer, or even a shoemaker. He’s a blacksmith specializing in artisan armor. What could a blacksmith do to repair a piece of chewed up footwear?

In his years of blacksmithing, Alan had acquired quite a few skills in armor-making, and some on medieval architecture on the side.

With his aptitude for working original designs in steel and brass, he created a breathtaking piece of art so awesome, the finished product took Jagoda’s breath away.

From totally tattered into something stunningly shiny and fantastic. 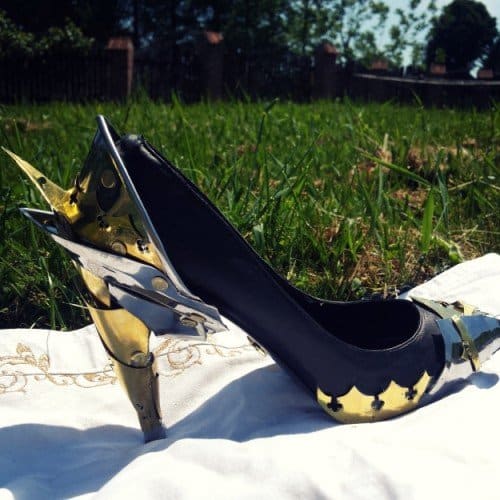 It looked like the type of shoe worn by a steampunk-inspired heroine in a futuristic fairy tale. In fact, it would win fashion forward awards at the next Met Gala, or inspire footwear for the “Game of Thrones” or something!

Jagoda, a huge fan of fantasy armor, was thrilled to bits. From the ruins, Alan built her some badass brand new footwear she’d be proud to wear.

Also, there’s no possible way toothy Caliph can wrap his canines around them. 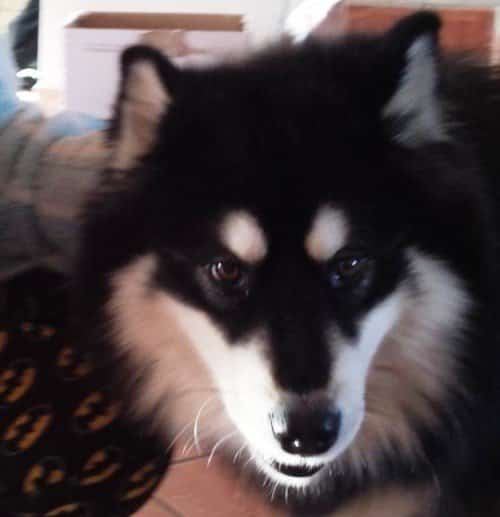 Alan was understandably pleased at his girlfriend’s reaction, and is currently working on the other shoe for a perfectly matched pair.