We usually dance showdown movies done in the United States. The Hollywood movies “You Got Served,” “Honey,” and “Step Up” are just a few of the must-see dance-themed films that also became an inspiration of the mob performances we see on the streets, not just in America, but throughout the world.

There is a huge collection of street dance performances on Youtube. Among them though is the latest viral dance show off between two breakdancers and their very competitive challenger, dancing grandpa.

This grandpa won’t make it easy for the two young men to win on a dance showdown as he has some slick moves to show off. 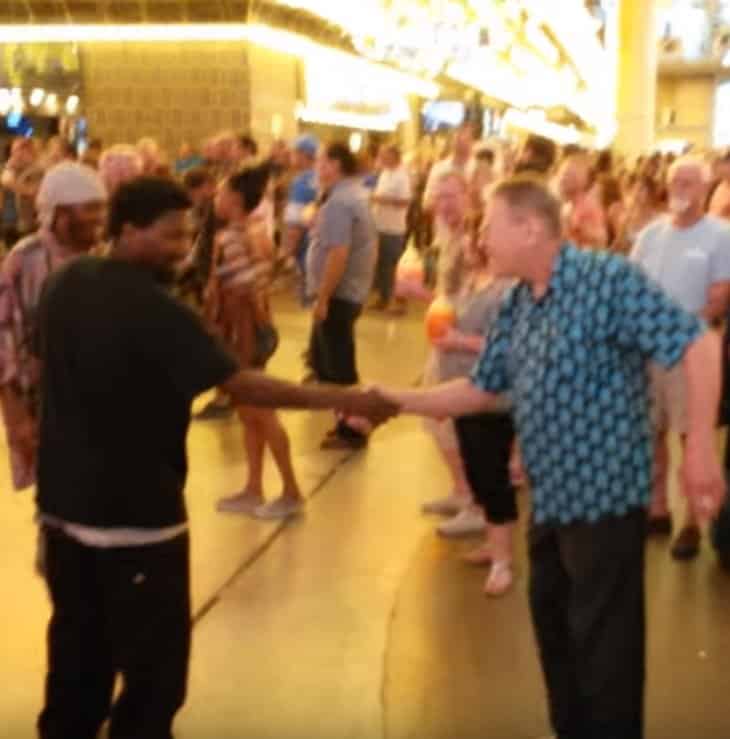 Seeing breakdancers gracing the streets is nothing unusual. But seeing a grandpa taking down lads in a performance is something we don’t see every day. The showdown between the grandpa and two youngsters is then really refreshing to watch and the exceptional dance skills of the trio is something you shouldn’t miss.

But who will win this showdown? Would dancing grandpa really live up to these youths?

These breakdancers were challenged by a grandpa to a showdown which attracted huge crowd cheering for them. 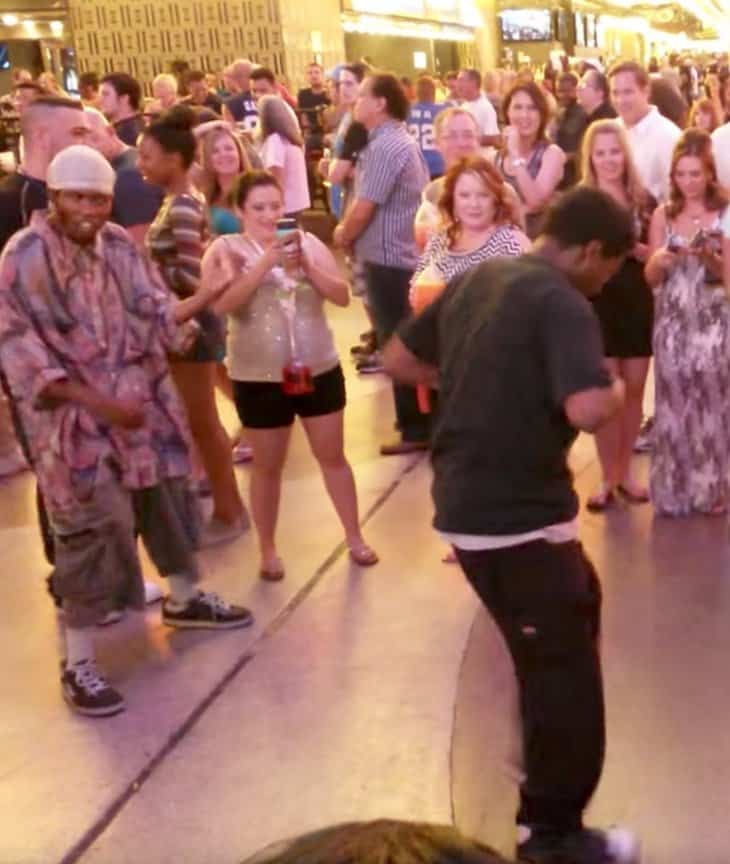 Unknown to many, breakdance actually started to grace the streets of America in the early 1970s as a part of the hip-hop movement. In fact, Kung fu techniques seen on films and gymnastic routines made up the first freestyle movies. With that said, grandpa probably has a long background of learning breakdance moves, so don’t be so surprised if he wins a round or two.

The breakdancers were showing off their modern techniques when grandpa decided to participate in their showdown. He warmed up for a few seconds then the trio began the dance show-off of a lifetime. Wearing his Oxford shoes, and smoking his cigar, grandpa surely looked cool while executing his best steps. The crowd were obviously thrilled to witness an extraordinary street performance.

This grandpa surely surprised the breakdncers and the audience with his high energy, guts and dance moves. 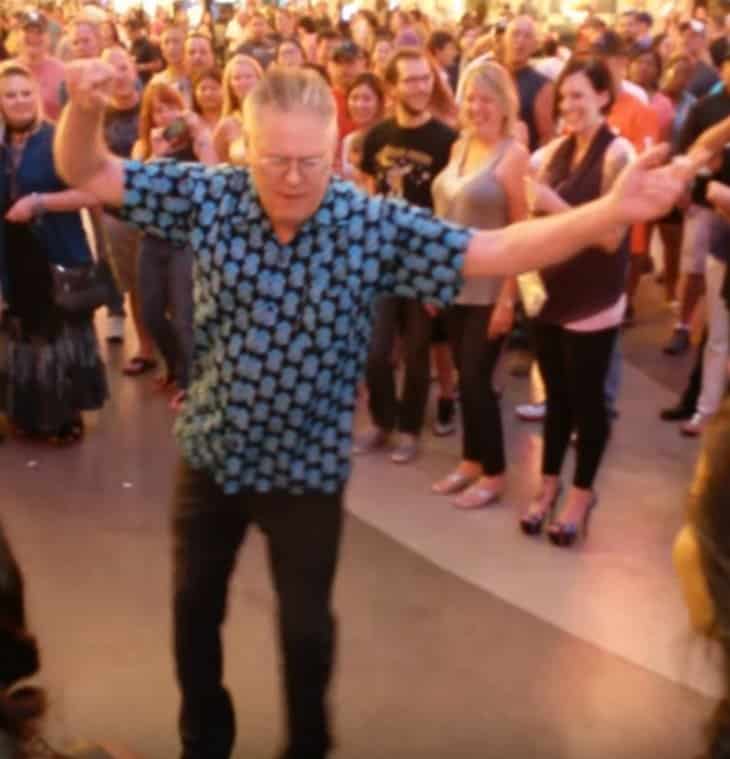 The trio gave their best to impress the audience and it was certainly hard for the spectators to decide who dominated the round. But grandpa surely got the better of the lads and won the roaring applause of the crowd.

Take a look at how this grandpa kicked some comical but definitely breathtaking moves from the video below: