Parents embarrassing their children is nothing unusual. Even if they’re just standing there, their kids instantly get all red from embarrassment in front of their peers.

So how much more when the parents were invited to a dance class to bust their moves? What most of the younger generation forget is the fact that not all moms and dads have two left feet. In fact, most of them can be just as good at dancing, or even better. 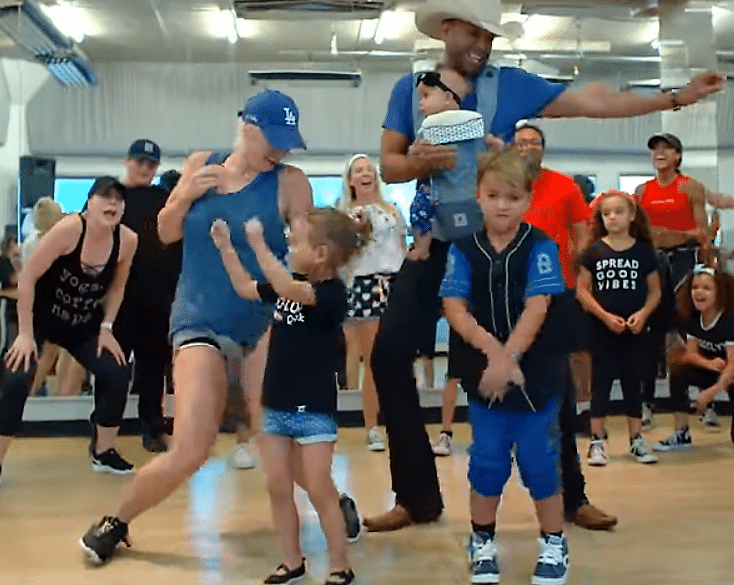 One mom showed off her dance moves with her two daughters and not only did she do an excellent job, but she perfectly remembered all the steps that were taught in the dance class!

She effortlessly blends well with her daughters, who appear to have been taking up dance classes for quite a long time, making them look like a trio.

While some would get a little shy dancing in front of well-trained dancers, the mom just did her thing. She’s obviously confident with her dancing skills that it didn’t bother her that there were a lot of people watching her and that the whole thing was being filmed. She even did terrific during the impromptu part! 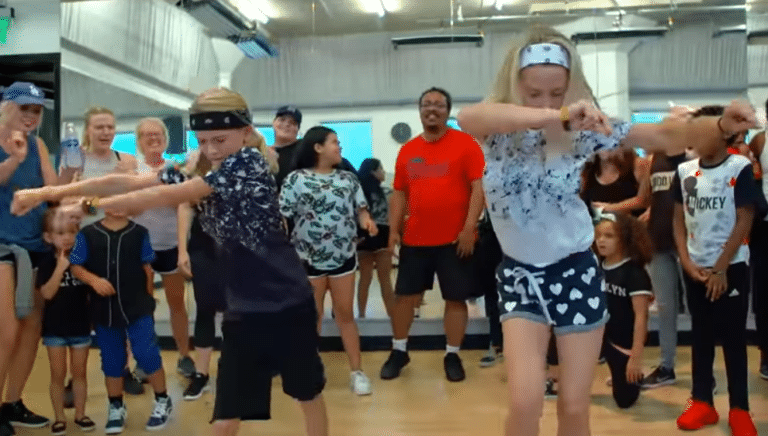 All of the parents featured on the video did a fantastic job. Some were obviously good dancers since their younger years, while others tried their best and did absolutely great. Not to mention their amazing facial expressions!

The whole activity was not just to show off who was good, better, and best, but to also have fun while spending quality time with their children. Phil Wright, a choreographer at the International Dance Academy in Hollywood, California, filmed this gem.

Netizens had nothing but good things to say about the almost seven-minute video. Many noted that they had replayed the clip multiple times, and called it their happy pill.

“I have watched this video So many times, and it just hits me right in the heart!… The energy and Love and diversity of the families is just so Wonderful!.. I Love it!﻿” one wrote. “Nothing brings people together more than music and dance. Look at the joy on their faces. Love it,” another one shared.

The video garnered over five million views on YouTube and 40,000 likes.