A Texas grandmother lived out her dreams of royalty when she climbed atop a throne-shaped iceberg during a trip to Diamond Beach, Jokulsarlon, Iceland. She even got to be the queen of the oceans for a short time when the iceberg she sat on to pose for a picture drifted off to open water.

Judith Streng was on holiday with her son when she saw the ice chunk and wanted to strike some pose on it. But her icy throne was then swept away from the shore by a big wave, causing the 77-year-old grandma to drift out at sea and had to be rescued. 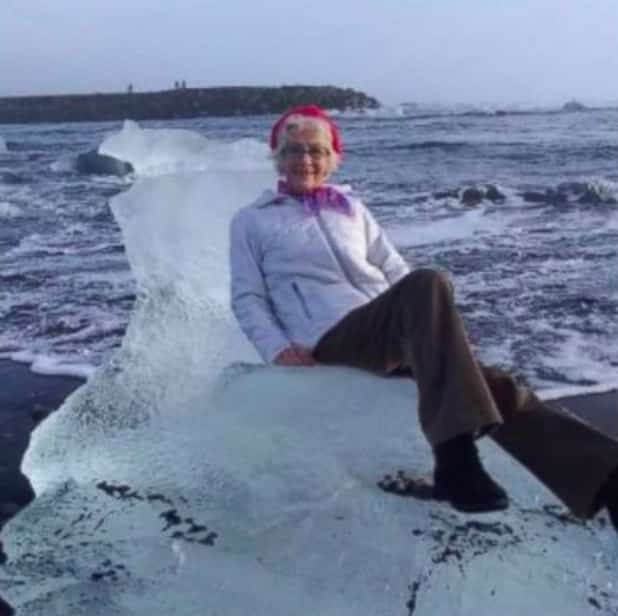 Twenty-four-year-old English teacher in South Korea, Catherine Streng, recently shared the incident to Twitter. She said that her dad told her the news and sent her a series of texts and photos from the trip.

She said in an interview:

“My father described [what happened] in the following way: She ascended the throne after a wave had pulled back and left it briefly exposed on the beach. Then a wave washed in and dislodged the ice throne, rocking it from side to side. When the wave retreated, it lifted the dislodged throne and carried her out with the tide.” 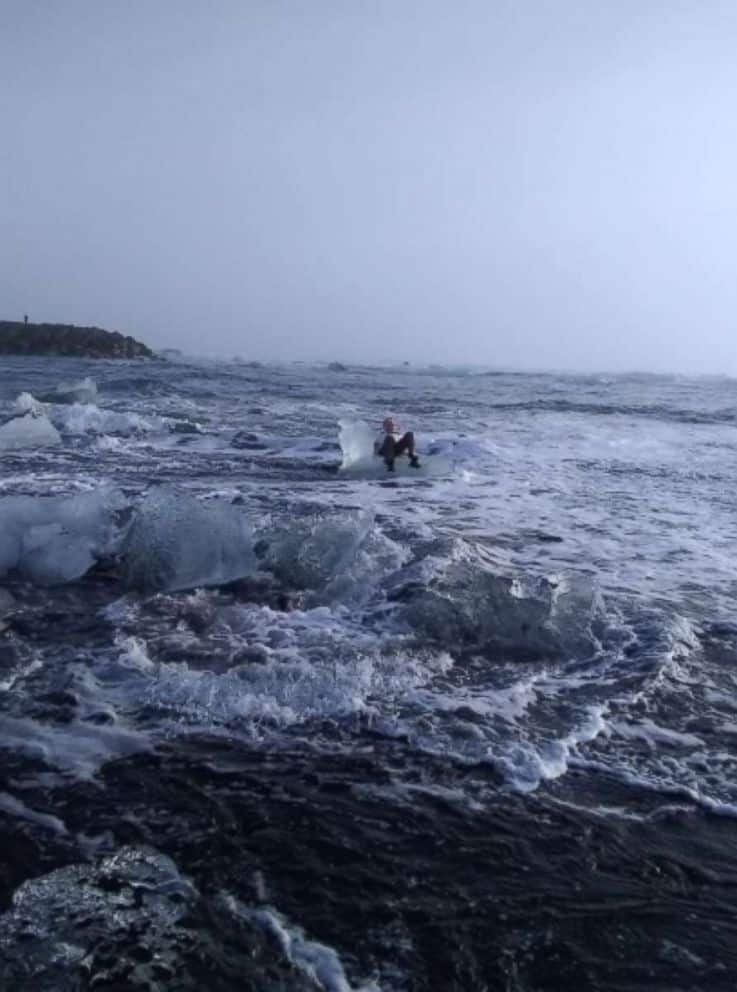 Fortunately, licensed boat captain and water rescuer Randy Lacount, from Florida, had witnessed the entire thing and jumped to her rescue.

“He just happened to be onshore when the whole thing occurred, so he waded out into the roiling water and pulled her off the iceberg as it drifted out to sea, supporting her until they reached the shore.”

Judith returned to the United States and is recuperating from her trip. Christine said that her grandma is glad that people are getting a kick out of her story.

Netizens are now calling her the “iceberg queen.”