Nature always finds ways to amaze us mere mortals, especially when bioluminescence is involved. Today, let’s explore the beautiful shots taken by photographers Trevor Williams and Jonathan Galione as they document these glowing, weeping rocks that look like they belong in a fantasy world!

These rocks look reminiscent of those scenes from Avatar. 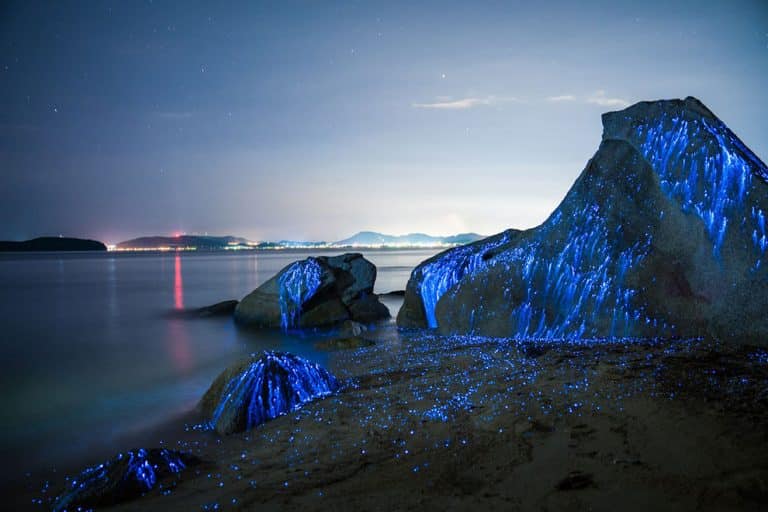 These sparkling lights are actually caused by sea fireflies, which is a bit of a misnomer since they’re actually a species of shrimp known in Japan as “umibotaru”. These sea fireflies are visible every year from May until the end of October, and they live in the sand near the shallow sea water. They are most often seen floating in the water between the extremes of high tides and low tides, so it looks like the water is glowing as well.

These sea fireflies illuminate the shallow water, making the water look like a starry sky on a clear night. 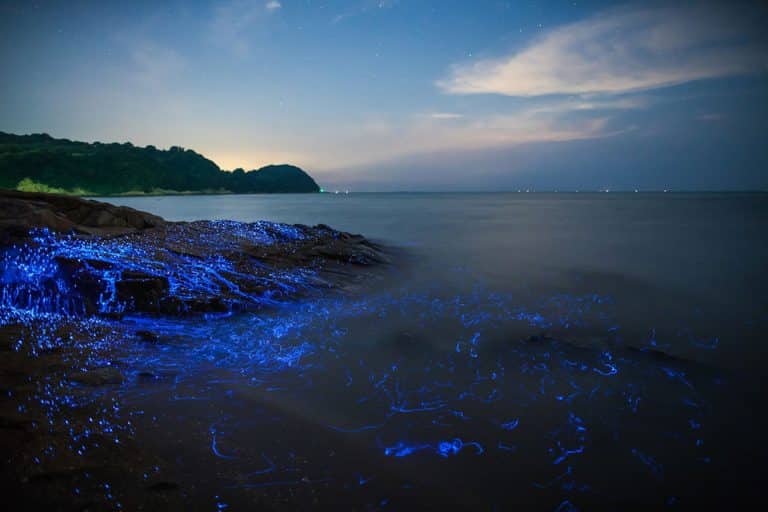 Photographers Trevor Williams and Jonathan Galione travelled off the coast of Okayama, Japan to take photos for their photo series aptly called “The Weeping Stones.” But these sea fireflies didn’t conveniently align themselves along the rocks; instead, they were “placed” there by the photographers using raw bacon to lure them into jars, which they then “poured” onto the rocks. 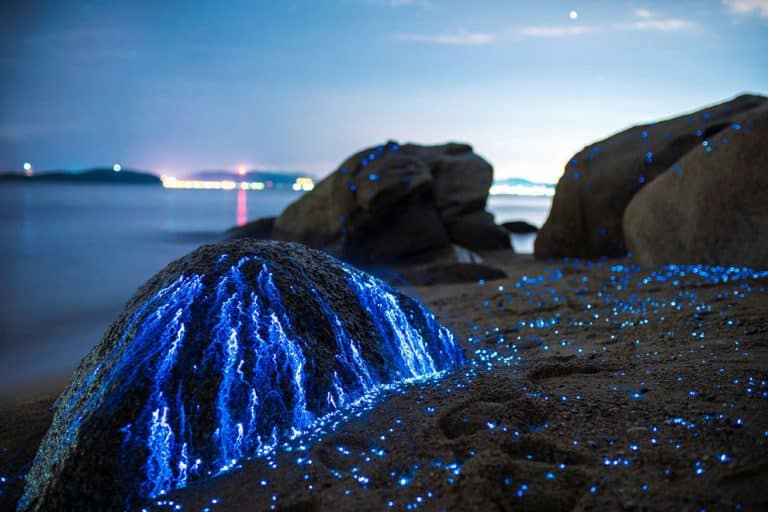 The sea fireflies weren’t harmed, in case you were wondering. And they were placed back into the water shortly after the photographers took their shots. 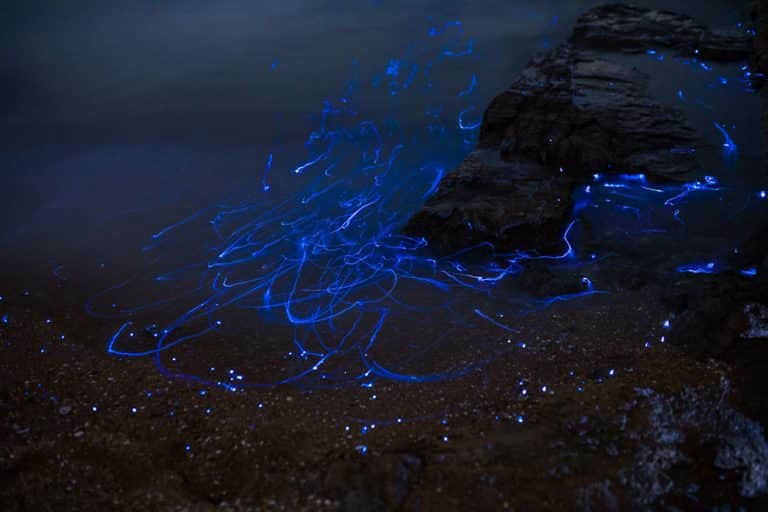 The movement of the sea fireflies leaves a trail of light in their wake. 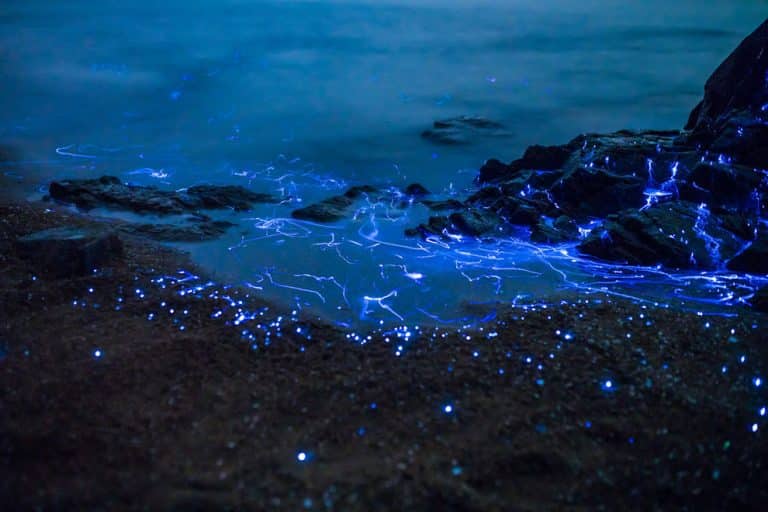 It’s a scene that looks like it was taken right out of a fantasy book! 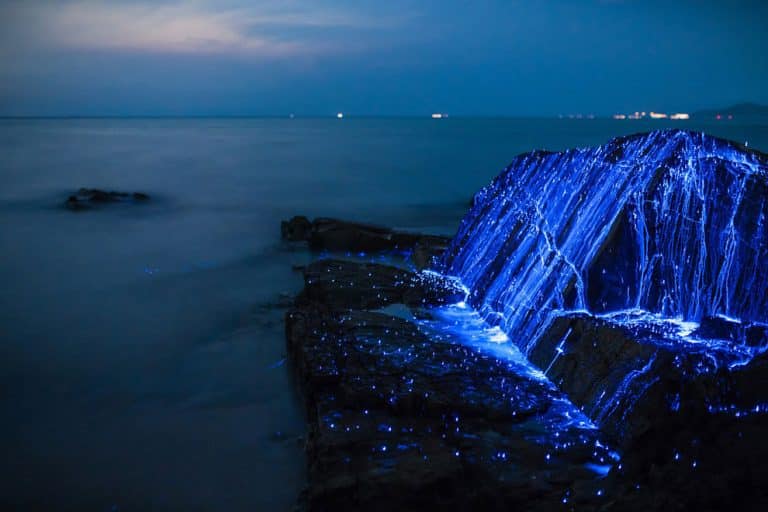 So the next time you find yourself off the coast of Okayama anytime between May and October, make sure to visit the shallow waters to see these bioluminescent wonders for yourself!