“Go big or go home” was probably a motto many Renaissance artists shared among themselves, and many sought to outdo themselves with paintings and sculptures that were in-your-face and larger-than-life.

Other artists, like Giovanni da Bologna, who flamboyantly insisted he be called a single name, Giambologna, was a Flemish sculptor who worked in marble and bronze, and created a fearsome melting giant man out of stone he named the Appeninno, or the Appennine Colossus, which Giambologna carved to represent the rugged Appenine mountains of Italy.

Apparently, Giambologna had a thing for bearded and heavily muscled mountain men… 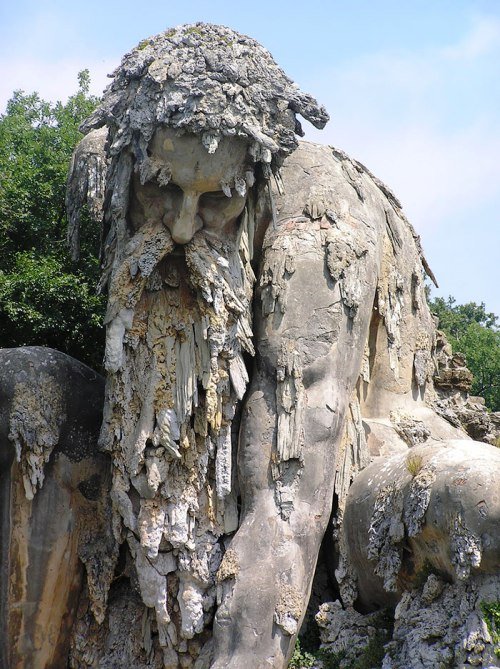 Colossus is so large, he towers 35 feet into the air, and is half man, half mountain, with both halves melting into each other.

What’s more surprising is that the Colossus, created on the grounds of the Villa de Pratolino in Tuscany, Italy as part of a garden display in a sprawling estate built to impress some nobleman’s mistress, contains several rooms inside him that people could actually stay in.

…complete with skylights to save on candles and lamp oil. 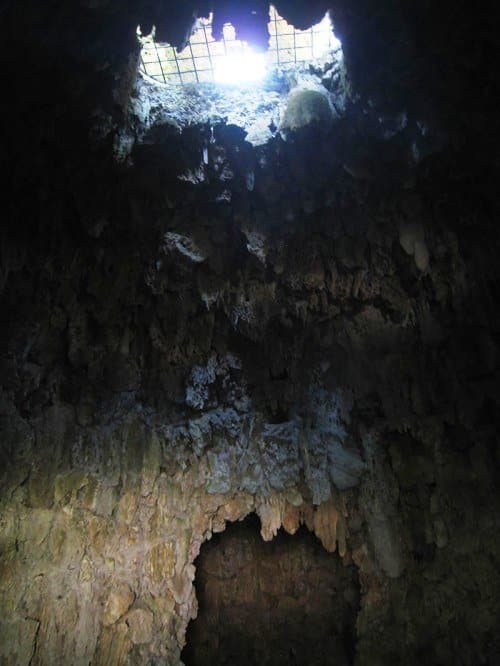 The brooding statue looks sadly at some indeterminate creature he has been holding down with his left hand for the last 400-odd years, while surrounded by a grotto pool fed from a hidden stream at his base. No one would guess the Ent-like bearded Colossus has secret passages inside of him leading from hidden steps built into the stone.

…with his melancholy gazed trained on what? 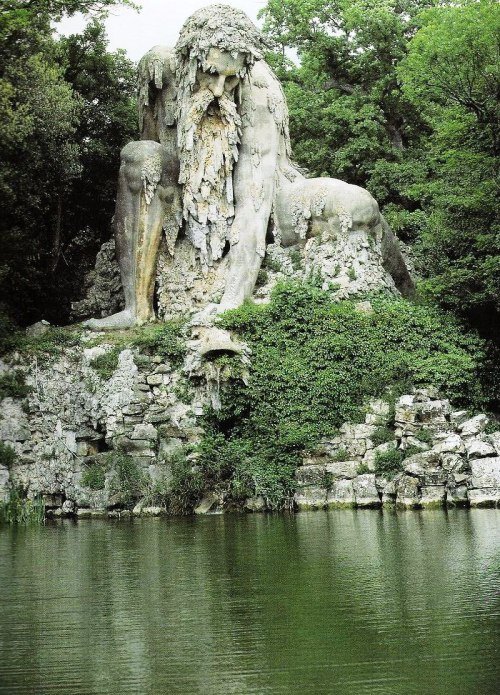 Hidden steps cut into his base… 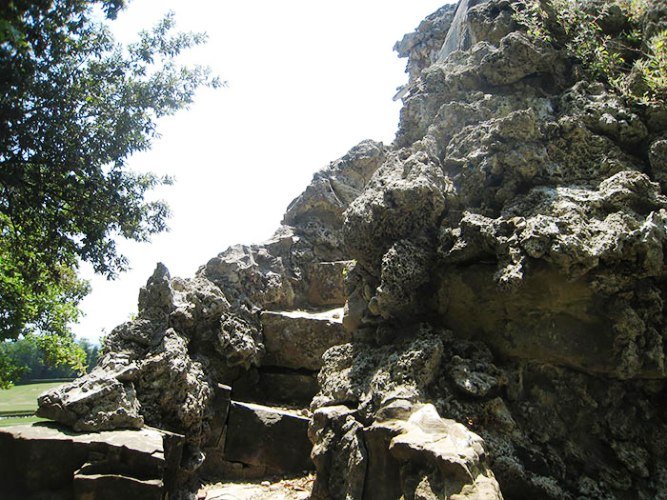 There are rooms on all three levels, and some are even equipped with stone seats for promenaders visiting the gardens at night, and seeking a private area for a tryst.

…and what uncomfortable trysts they must have been. 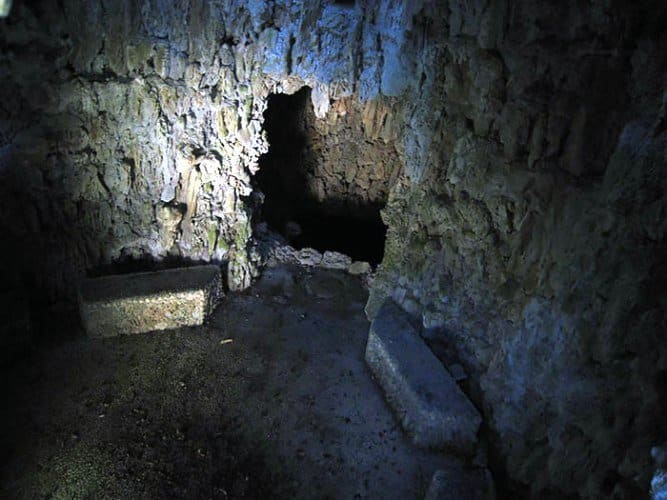 There are even rumors Colossus’ head is hollow and contains a chimney that, when lit, causes smoke to come out of his nostrils.

So there the droopy-looking statue sits, contemplating the last four centuries of mankind, and perhaps minutely shaking his stone head at the what the world has come to, and tutting over the violation of his innards through the centuries.

…where he will probably brood for 400 more years to come… 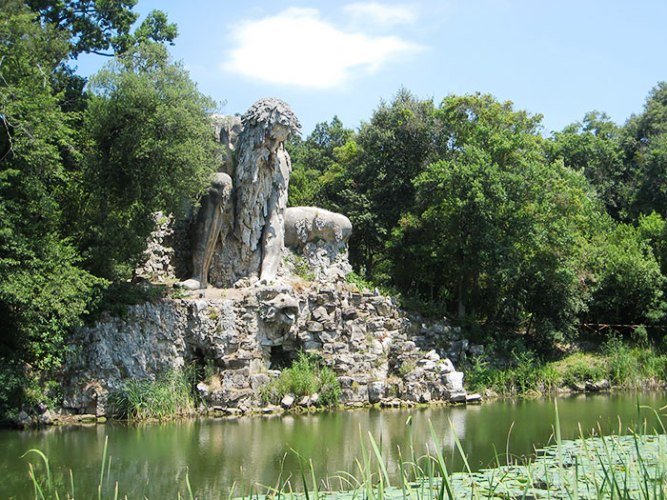 They Built Castles in the Sand… That You Can Actually Live In! 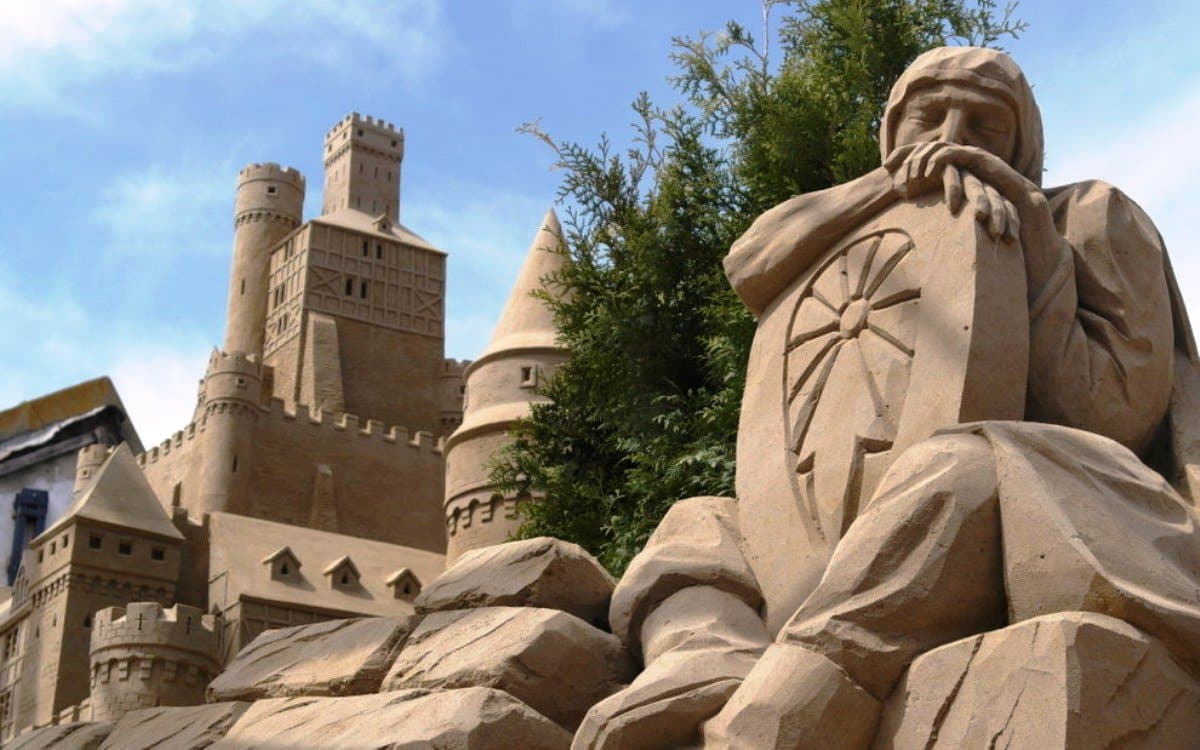